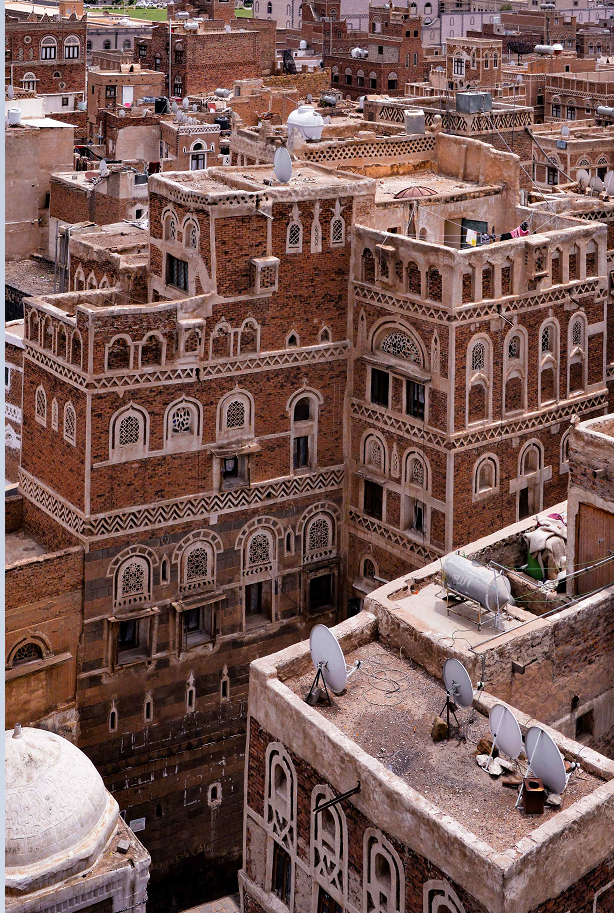 Monday, October 11, marked the official closure of the U.N. Group of Eminent Experts on Yemen (also known as the Group of Experts or GEE). For nearly four years, this investigative group examined alleged human rights abuses suffered by Yemenis whose basic rights to food, shelter, safety, health care and education were horribly violated, all while they were bludgeoned by Saudi and U.S. air strikes, drone attacks, and constant warfare since 2014.

“This is a major setback for all victims who have suffered serious violations during the armed conflict,” the GEE wrote in a statement the day after the U.N. Human Rights Council refused to extend a mandate for continuation of the group’s work.  “The Council appears to be abandoning the people of Yemen,” the statement says, adding that “Victims of this tragic armed conflict should not be silenced by the decision of a few States.”

Prior to the vote, there were indications that Saudi Arabia and its allies, such as Bahrain (which sits on the U.N. Human Rights Council), had increased lobbying efforts worldwide in a bid to do away with the Group of Experts. Actions of the Saudi-led coalition waging war against Yemen had been examined and reported on by the Group of Experts. Last year, the Saudi bid for a seat on the Human Rights Council was rejected, but Bahrain serves as its proxy.

Bahrain is a notorious human rights violator and a staunch member of the Kingdom of Saudi Arabia-led coalition which buys billions of dollars worth of weaponry from the United States and other countries to bomb Yemen’s infrastructure, kill civilians, and displace millions of people.

The Group of Experts was mandated to investigate violations committed by all warring parties. So it’s possible that the Ansar Allah leadership, often known as the Houthis, also wished to avoid the group’s scrutiny. The Group of Experts’ mission has come to an end, but the fear and intimidation faced by Yemeni victims and witnesses continues.

Mwatana for Human Rights, an independent Yemeni organization established in 2007, advocates for human rights by reporting on issues such as the torture of detainees, grossly unfair trials, patterns of injustice, and starvation by warfare through the destruction of farms and water sources. Mwatana had hoped the U.N. Human Rights Council would grant the Group of Experts a multi-year extension. Members of Mwatana fear their voice will be silenced within the United Nations if the Human Rights Council’s decision is an indicator of how much the council cares about Yemenis.

“The GEE is the only independent and impartial mechanism working to deter war crimes and other violations by all parties to the conflict,” said Radhya Almutawakel, Chairperson of Mwatana for Human Rights. She believes that doing away with this body will give a green light to continue violations that condemn millions in Yemen to “‘unremitting violence, death and constant fear.’”

The Yemen Data Project, founded in 2016, is an independent entity aiming to collect data on the conduct of the war in Yemen. Their most recent monthly report tallied the number of air raids in September, which had risen to the highest monthly rate since March.

Sirwah, a district in the Marib province, was—for the ninth consecutive month—the most heavily targeted district in Yemen, with twenty-nine air raids recorded throughout September. To get a sense of scale, imagine a district the size of three city neighborhoods being bombed twenty-nine times in one month.

Intensified fighting has led to large waves of displacement within the governorate, and sites populated by soaring numbers of refugees are routinely impacted by shelling and airstrikes. Pressing humanitarian needs include shelter, food, water, sanitation, hygiene, and medical care. Without reports from the Yemen Data Project, the causes of the dire conditions in Sirwah could be shrouded in secrecy. This is a time to increase, not abandon, attention to Yemenis trapped in war zones.

In early 1995, I was among a group of activists who formed a campaign called Voices in the Wilderness to publicly defy economic sanctions against Iraq. Some of us had been in Iraq during the 1991 U.S.-led Operation Desert Storm invasion. The United Nations reported that hundreds of thousands of children under age five had already died and that the economic sanctions contributed to these deaths. We felt compelled to at least try to break the economic sanctions against Iraq by declaring our intent to bring medicines and medical relief supplies to Iraqi hospitals and families.

But to whom would we deliver these supplies?

Voices in the Wilderness founders agreed that we would start by contacting Iraqis in our neighborhoods and also try to connect with groups concerned with peace and justice in the Middle East. So I began asking Iraqi shopkeepers in my Chicago neighborhood for advice; they were understandably quite wary.

One day, as I walked away from a shopkeeper who had actually given me an extremely helpful phone number for a parish priest in Baghdad, I overheard another customer ask what that was all about. The shopkeeper replied: “Oh, they’re just a group of people trying to make a name for themselves.”

I felt crestfallen. Now, twenty-six years later, it’s easy for me to understand his reaction. Why should anyone trust people as strange as we must have seemed?

No wonder I’ve felt high regard for the U.N. Group of Experts who went to bat for human rights groups struggling for “street cred” regarding Yemen.

On October 7, the day the U.N. Human Rights Council voted not to continue the role of the Group of Experts with regard to Yemen, the United Nations agreed to set up an investigative group to monitor the Taliban. However, the agreement assured the United States and NATO that abuses committed under their command would not be subject to investigation.

Politicizing U.N. agencies and procedures makes it all the more difficult for people making inquiries to establish trusting relationships with people whose rights should be upheld by the United Nations High Commission for Human Rights.

When I was approaching shopkeepers for ideas about people we might contact in Iraq, I was just beginning to grapple with Professor Noam Chomsky’s essays about “worthy victims” and “unworthy victims.”

That second phrase seemed to me a terrible oxymoron. How could a victim of torture, bereavement, hunger, displacement, or disappearance be an “unworthy victim?” Over the next thirty years, I grew to understand the cruel distinction between worthy and unworthy victims.

A powerful country or group can use the plight of “worthy victims” to build support for war or military intervention. The “unworthy victims” also suffer, but because their stories could lead people to question the wisdom of a powerful country’s attacks on civilians, stories about those victims are likely to fade away.

Consider, in Afghanistan, the plight of those who survived an August 29 U.S. drone attack against the family of Zamari Ahmadi.  Ten members of the family were killed. Seven were children. As of October 13, the family had not yet heard anything from the United States.

I greatly hope Mwatana, The Yemen Data Project, The Yemen Foundation, and all of the journalists and human rights activists passionately involved in opposing the war that rages in Yemen are recognized and become names that occasion respect, gratitude, and support. I hope they’ll continue documenting violations and abuse. But I know their work on the ground in Yemen will now be even more dangerous.

Meanwhile, the lobbyists who’ve served the Saudi government so well have certainly made a name for themselves in Washington, D.C., and beyond.

In the United States, peace activists must tell the military contractors, lobbyists, and elected representatives: “Not in our name!” With no strings attached, the U.S. government should be proactive and end war forever.

This article first appeared in The Progressive Magazine

Kathy Kelly ([email protected]) is a peace activist and author. She co-coordinates Ban Killer Drones, which campaigns for an international treaty to prohibit weaponized drones as well as police and military use of surveillance drones.