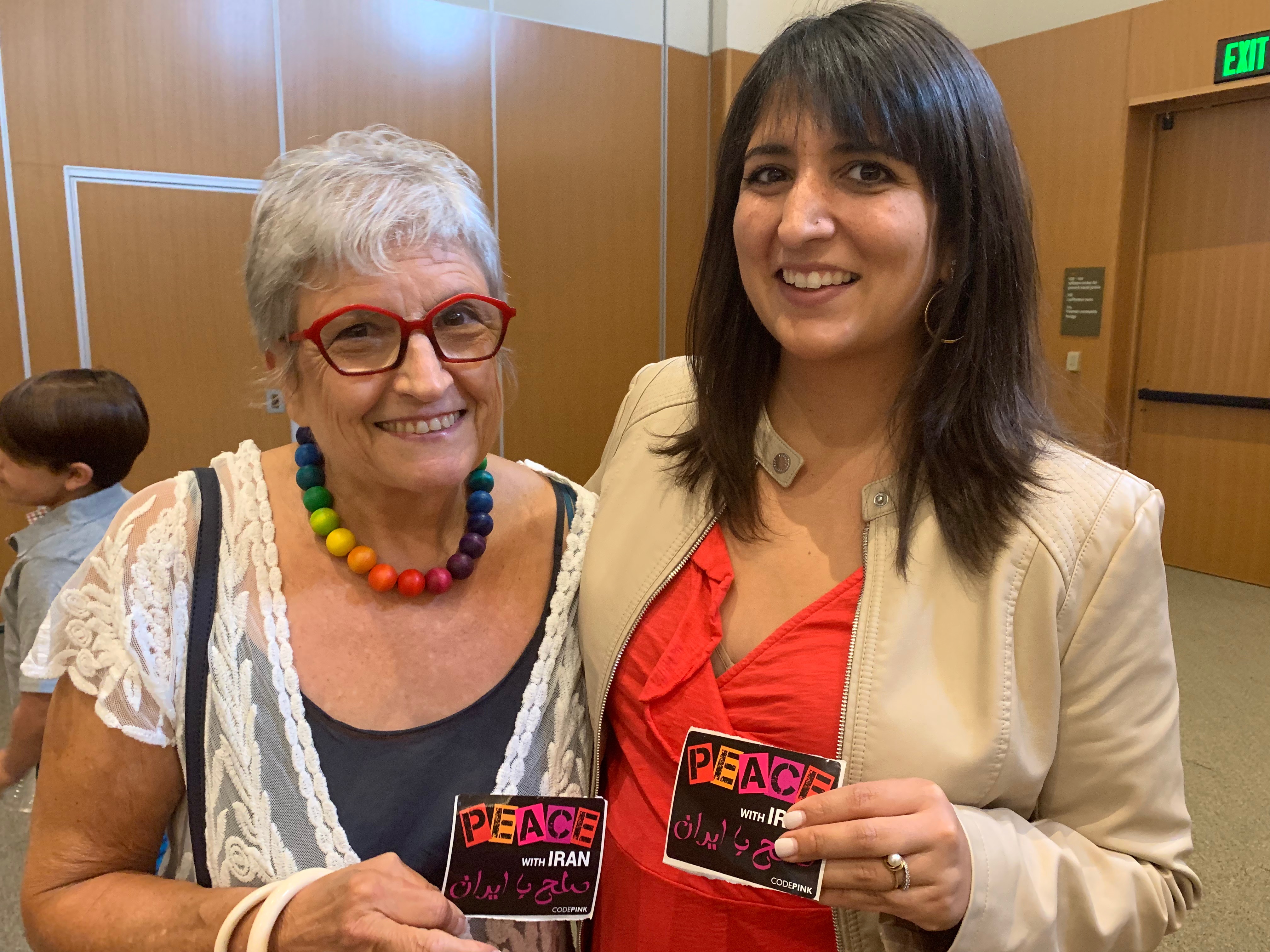 Susan Adelman and her daughter.

One of the things that sometimes keeps me up at night is anti-Semitism. I do my best to call it when I see or hear it. Unfortunately, the Israeli government regularly conflates criticism of its policies with anti-Semitism, which makes that task more difficult.

On many college campuses, there are no safe spaces for students to talk about Israel/Palestine. I first became aware of this when our daughter was at Stanford. Then, the students critical of Israel were being silenced. Now, students who are supportive of Israel are concerned about this as well.

In 2012, Hillel International issued Guidelines for Campus Israel Activities, which included this statement: “…Hillel will not partner with, house, or host organizations, groups, or speakers that as a matter of policy or practice:…Support boycott of, divestment from, or sanctions against the State of Israel.” Jewish students responded to this attempt at censorship by founding Open Hillel.

The UC Regents have recently addressed this problem. After much deliberation, the Regents issued a policy entitled: Principles Against Intolerance. Significantly, it addresses the many forms of intolerance which come up on campus. In reference to anti-Semitism, specifically, the policy states: “Anti-Semitism, anti-Semitic forms of anti-Zionism and other forms of discrimination have no place at the University of California.” The Regents further decided not to adopt the State Department definition of anti-Semitism and affirmed the right to freedom of speech on campus. I find Regents’ position to be more in line with both our Constitution and my values.

The Call to Boycott Divest and Sanction (BDS) says some things I agree with and some that I don’t. For example, I do not purchase products produced by Israeli corporations in the West Bank – Ahava cosmetics is such a company. I believe intellectual and artistic boycotts, including the one sponsored by BDS, are wrong and counterproductive – they keep the most thoughtful people on both sides of an issue from talking to one another. Frankly, I would rather Bono perform in Tel Aviv and talk about human rights for Palestinians than not go to Israel. I would return to Israel. I would also return to Gaza, where I traveled in 2009.

Many Americans who are supportive of Israel accuse those who criticize its government’s policies towards both Palestinian Israelis and Palestinians living on the West Bank and in Gaza of being anti-Semitic, anti-Israel and/or self-hating Jews. Years ago, those of us who opposed the Viet Nam War were accused of being un-American. Mistakes are made when any criticism is unacceptable.

As currently written, I believe  AB-2844 makes this mistake.

It is not our – the United States’ – job to resolve the problems of Israel/Palestine. The Israelis and Palestinians must find their way to peace.

As citizens of the United Sates, we have a constitutionally protected right to express our opinions.

As residents of the planet, we have a responsibility to notice both good and bad behavior.

I am proud that my father’s was one of the first names on Nixon’s Enemies List. I am proud to serve as a vice-chair of the ACLU Foundation of Southern California.

As your constituent and a tax-paying California resident, I oppose the use of my tax dollars to create any “list” based on politics. You represent me. Please reconsider.