A Childhood Measured by Wars 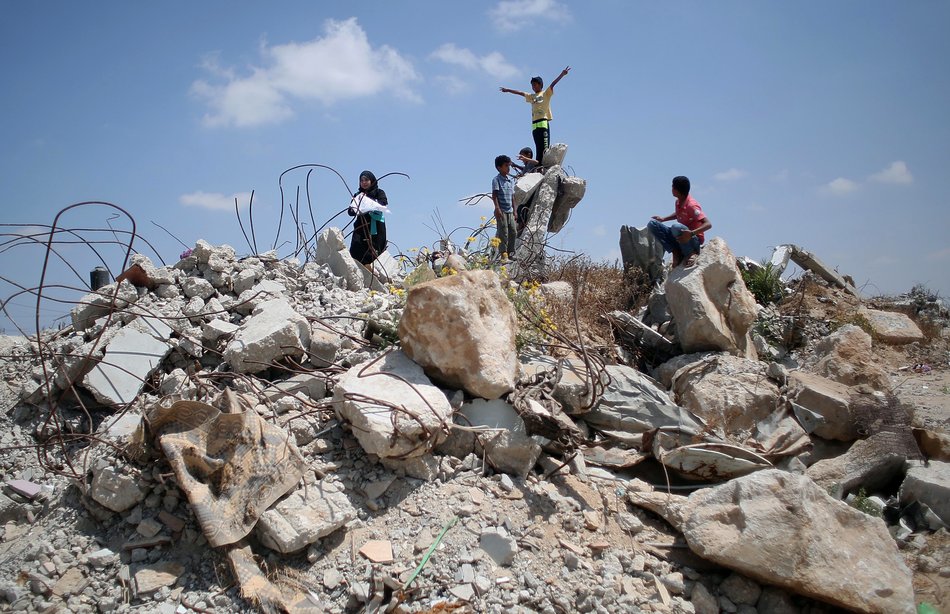 By Lama Alhelou, We Are Not Numbers

As we head into the second anniversary of the “third great war on Gaza,” I can’t help but sink into reflection. Living through a war is an experience I don't wish on my worst enemies. It's one of the most excruciating experiences a person could have, and I first had mine when I was 10 years old.

It was 2006 when Fatah and Hamas fought for control of Gaza. I find myself at a loss for words when trying to describe how I felt when my uncle rushed my cousin and I out of school, ducking behind a wall to escape gunshots as we tried to get home in one piece. Or when guns fired endlessly through the night, practically shattering my eardrums, while my grandma held me so tightly I could barely breathe, assuring me everything was going to be okay.

As a child, it baffled me how people who were supposed to be from a strong Islamic brotherhood could do this to each other. How could you possibly point your weapon at another human just like you? It didn't take my 10-year-old self long to figure out this was going to be a recurring event in Gaza. But next time it was waged by a stronger enemy who wasn't just looking for power, but to wipe us out completely.

It was a day only about two years later, as I was leaving school after my first final exam in fifth grade, when I heard a massive explosion and saw a huge cloud of black smoke in the sky. I didn't understand what was happening. By luck, my usual bus driver was running late that day and we were assigned another one who didn't know my home address exactly. He dropped me off a mile or so away from my house, and I walked like I was in a daze, explosions still going off in the distance, ambulances rushing through the streets, people running around all over the place. I didn’t feel scared though; I felt confused.

As the days passed, the war kept getting worse and worse. I think the first time it hit me that the Israelis with their so-called “defense” forces wanted to hurt us was in the middle of one night when the bombing kept going on and on. With every bomb, a car alarm would go off, and suddenly I felt so scared for myself and my family that I started sobbing. To this day, the sound of car alarms makes my heart race.

When the war was finally over, I thought it was never going to happen again. I was mistaken, of course. The 2012 war came. This time, I was much more aware of what was happening. I thought, if I was scared shitless, then how must the people who were defending us feel? The resistance fighters who were out there in the middle of it all risking their lives for us?

I was growing stronger, but there's always a moment in a war when you feel death is so close it’s breathing down your neck, sucking you in; when all your senses are on such high alert the world around you seems to still. That moment in 2012 happened when I was with my aunt and brother. I distinctly remember standing by the balcony door watching huge bombs drop in the distance, lighting up the world around us in the pitch black night. I don’t remember the bombs having sound, I only recall the blinding, orange light.

That war ended after a “mere” eight days. But the worst was yet to come. The Israeli assault on Gaza in 2014 was the worst, the war that left me so bruised and hurt it's impossible to describe. It was the longest and scariest; there wasn't just a moment when I felt death was near, it was all the time.

I felt its presence when all six members of my family gathered in one small room for the worst night of our lives, the night bombs kept going off every five seconds until dawn. I felt death slowly tightening its grip around my neck every time we jolted awake to the sound of explosions. For the first three seconds after waking up, I felt relief, thanking God I was alive--until I remembered another family just like mine has been killed instead.

That war went on so long. I remember sitting like a lifeless skeleton in the candle light one evening, just staring into space, waiting for the end, waiting for our deaths to be reported on the radio. That war left everyone in Gaza deeply scarred.

After that war ended, I knew better than to think it would never happen again. Of course it will, on an even worse scale. It kills me that so many people around the world either stand with Israel or refuse to take sides. It kills me that an Israeli teen who spent the war in a fancy bomb shelter underground says her experience of war was horrible, while I spent it out in the open praying the next bomb would miraculously miss its target.

My words are nothing but a glimpse inside these wars, a glimpse from a fortunate person who never personally lost anyone or anything as a result, yet still feels their massive effect. I hate never feeling truly safe, knowing an Israeli assault could happen any day. I hate that everyone in Gaza has to live with that fear for the rest of our lives.

Do not judge us until you understand what we've gone through, because we've all been to hell and back. Every war that doesn’t kill us truly makes us stronger, even if it batters us and smashes us into pieces. We always seem to get back on our feet, and that's what we'll keep doing until this occupation comes to an end. 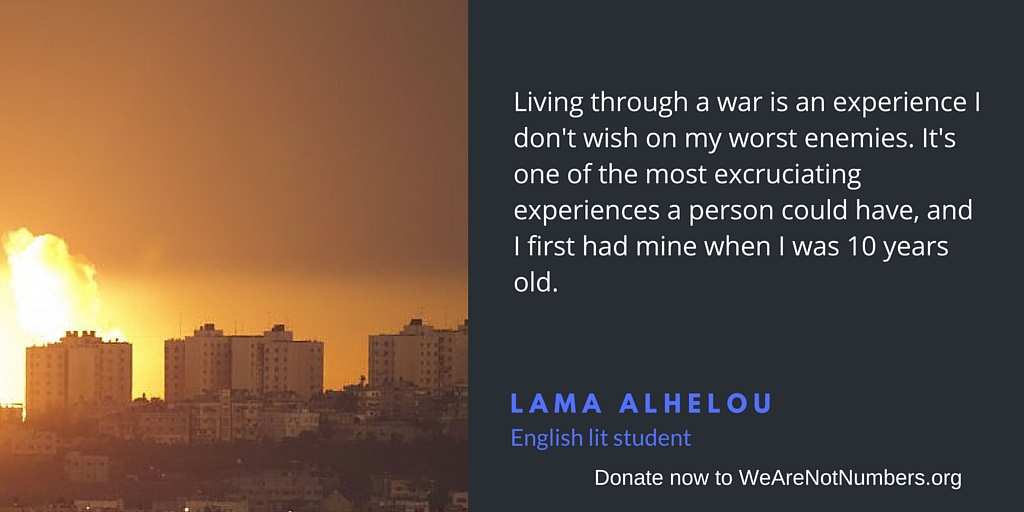