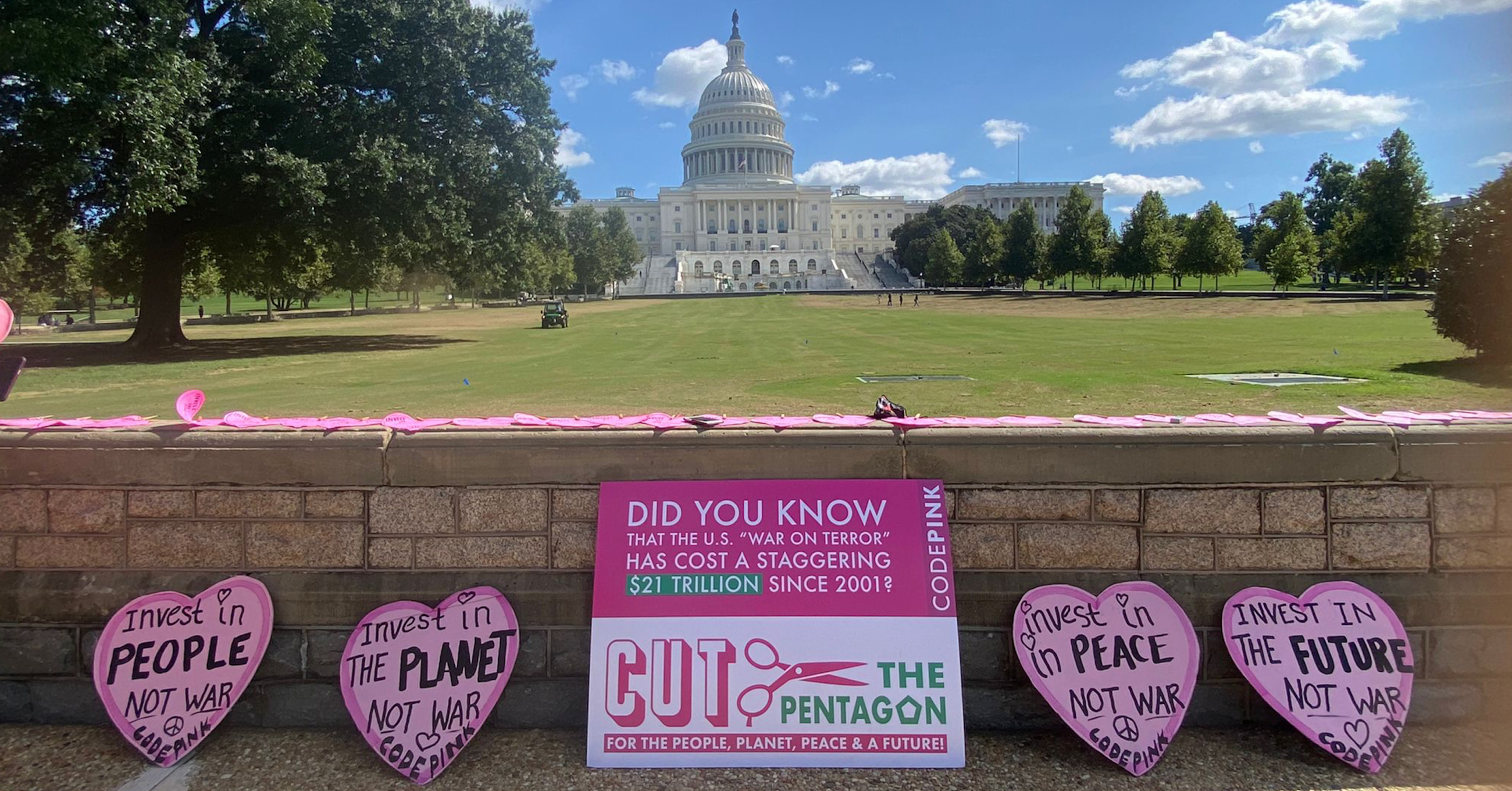 Now the US Senate is poised to add another $10 billion to the tab, despite the fact that the US has reneged on promises to pay billions in climate reparations to the Global South.

Send an email to your US Senators to vote NO on the 2023 NDAA.

The Senate version includes $30 billion to develop new nuclear weapons to destroy humankind and acquire more of Lockheed Martin’s F-35’s, which are Joint Strike Fighter jets designed to carry both conventional and nuclear weapons. Environmentalists fear that if one F-35 crashes–and this weapons system is a lemon– its 10,000 pounds of combustible material would burn in an inferno of thousands of pounds of jet fuel.

Instead of investing in World War III and filling the coffers of military contractors, the Senate should redirect taxpayer dollars to address the climate crisis that could make life on this planet uninhabitable within our lifetime.

According to Brown University’s Cost of War Project, the Pentagon’s greenhouse gas emissions exceed those of many industrialized nations, such as Denmark, Sweden and Portugal.

Urge your US senators to announce their opposition to the 2023 NDAA before a single vote is taken. Encourage them to mobilize support within the Senate for a scaled-back military budget.

Tell your Senators to vote NO on the 2023 military budget and to reject an interventionist foreign policy fueled by the drive for full-spectrum dominance of the air, land and sea. Otherwise, we brace ourselves for rising sea levels, extreme weather, drought, famine–all of which, according to the World Bank, could result in nearly 150 million climate refugees by 2050.

We say NO to passing the military budget.We say YES to Saving the climate!

Towards peace,
Marcy and the entire CODEPINK team