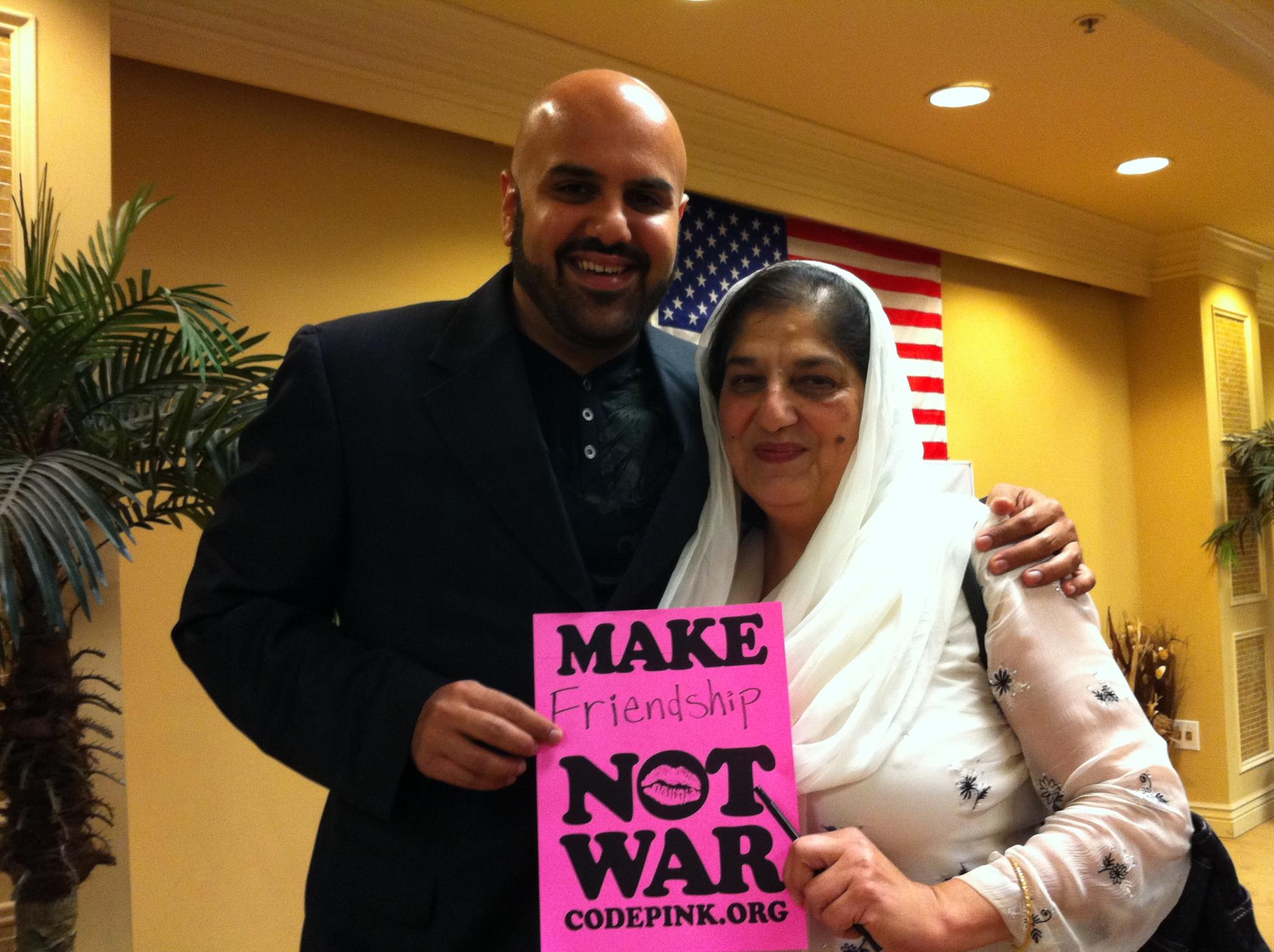 In the lead up to the tenth anniversary of 9/11 my stomach churned as I witness the media spin this dark day in US history into a fanfare of patriotic fervor.  I wasn't sure how I'd spend my day amidst the myriad of commemoration events happening in the Bay Area.  On Sunday, 9/11/11, I joined CODEPINK and allies for a march across the Golden Gate Bridge and a rousing rally at the Navy memorial.  We stood by a giant puppet of Gandhi and listened to words from an Afghan activist, a rabbi, an imam, a veteran, supporters of whistleblower Bradley Manning, and others.  While we rallied, alongside our crowd a swearing-in ceremony took place for a military man who was reenlisting.  After 10 years of costly wars, the occupation continues, and young people continue to show up to do the job.  Sigh.

I left the blustery bridge action feeling enlivened by the crowd and yet spiritually something in me was yearning for more than a battlecry to oppose violence.  My friends and I journeyed south to Santa Clara for an evening event organized by American Muslim Voice at the Muslim Community Association, called "From Fear to Friendship: To honor 9/11 victims, their families, and first responders".  We arrived to walk into a ballroom-sized room full of hundreds of people listening to moving talks by imams, interfaith leaders, a children's choir, elected officials, and changemakers.  We rushed outside to watch as children released peace doves into the sky.  We sang "We are the World" together.  We heard Rev. James Lawson (who organized with MLK) speak on the need for civil rights, justice, and integrity.  I would have thought that listening to so many speakers one after the other would have been overwhelming, but I was glued to my chair and mesmerized by the heart and soul behind each speaker's words.  The event paused at Muslim prayer time, and we broke bread together and shared in a delicious meal.

After 10 years of horrendous Islamophobia, I wished that this event had been broadcast on C-SPAN and shown on all major networks.  People need to know that of course the Muslim community (and allies) is actively working for peace and justice and took time on 9/11 to mourn the loss of life on that dreadful day. I was astounded by the tremendous hard work of Samina Sundas, founder of American Muslim Voice, who coordinated the event with such enthusiasm, attention to detail, grace, and wisdom.  Samina is the winner of Global Exchange's Human Rights Heroes award and has been honored in many community and public events.  But her praises cannot be sung enough - she is the embodiment of the paradigm change we need in our country, moving us from fear to friendship, neighbor by neighbor, guest by guest, event by event, word by word, and dove by dove.

For more about this event and to learn about the work of American Muslim Voice please visit: www.amuslimvoice.org.