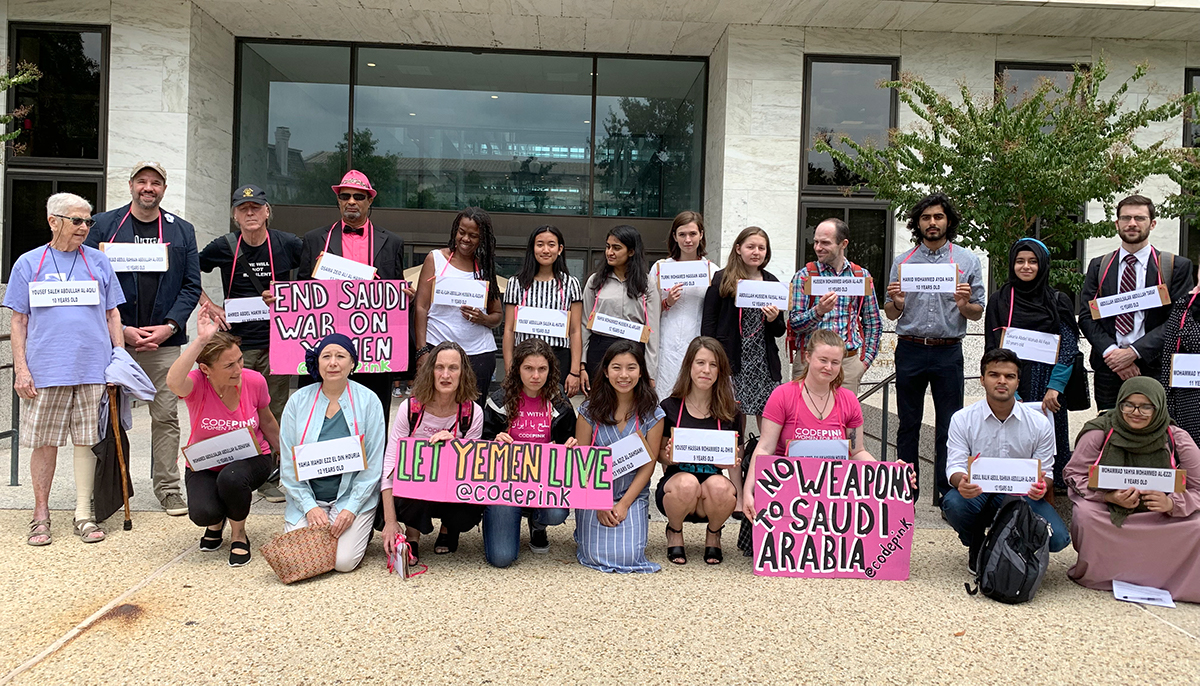 This afternoon we were in the United States Senate holding a vigil. It’s been one year since a US-made bomb was dropped by Saudi Arabia on a school bus in Yemen, killing 44 children. The young children were on a field trip to celebrate graduating from summer school. They were chatting and laughing and then the bomb fell. 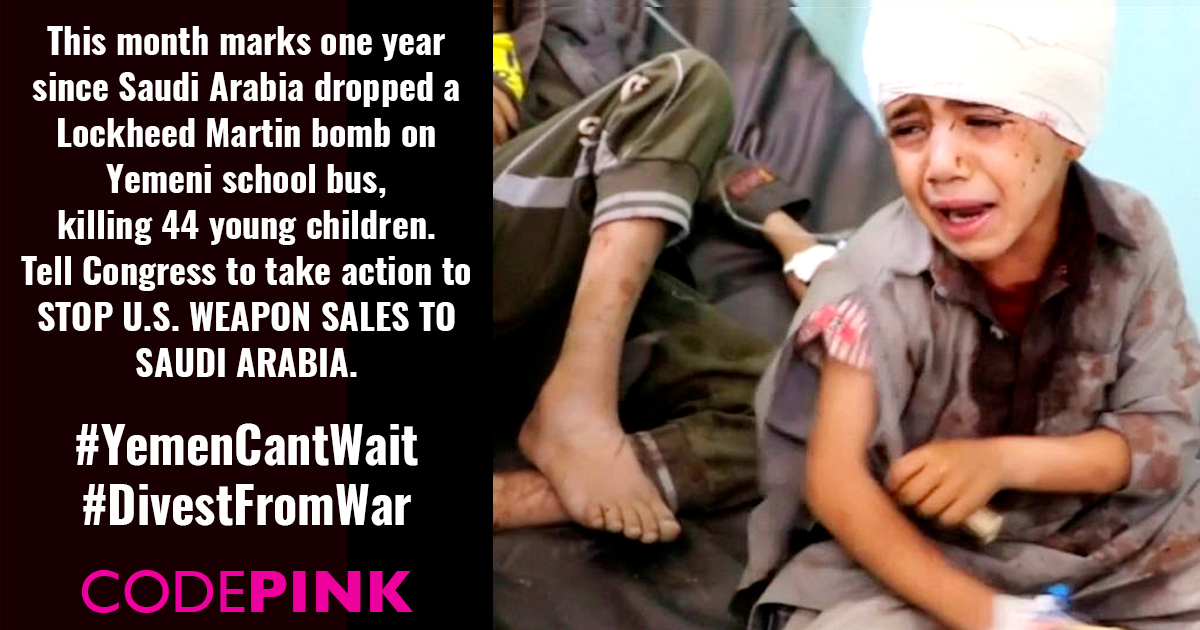 Two months ago, only ten months since the Saudi school bus bombing, President Trump declared an “emergency” to bypass Congress and expedite billions of dollars of arms sales to Saudis Arabia and the UAE. The Senate — even Lindsey Graham — was enraged and responded by passing a bipartisan bill to stop the sale. But Trump used his veto, claiming that the arms sale was necessary so as not to "weaken America's global competitiveness and damage the important relationship we share with our allies and partners."

Armed with US-supplied weapons, Saudi-backed forces continue war on Yemen, and just yesterday we heard "scores" were killed in what seems to be the start of a "new civil war within a civil war" in the region. 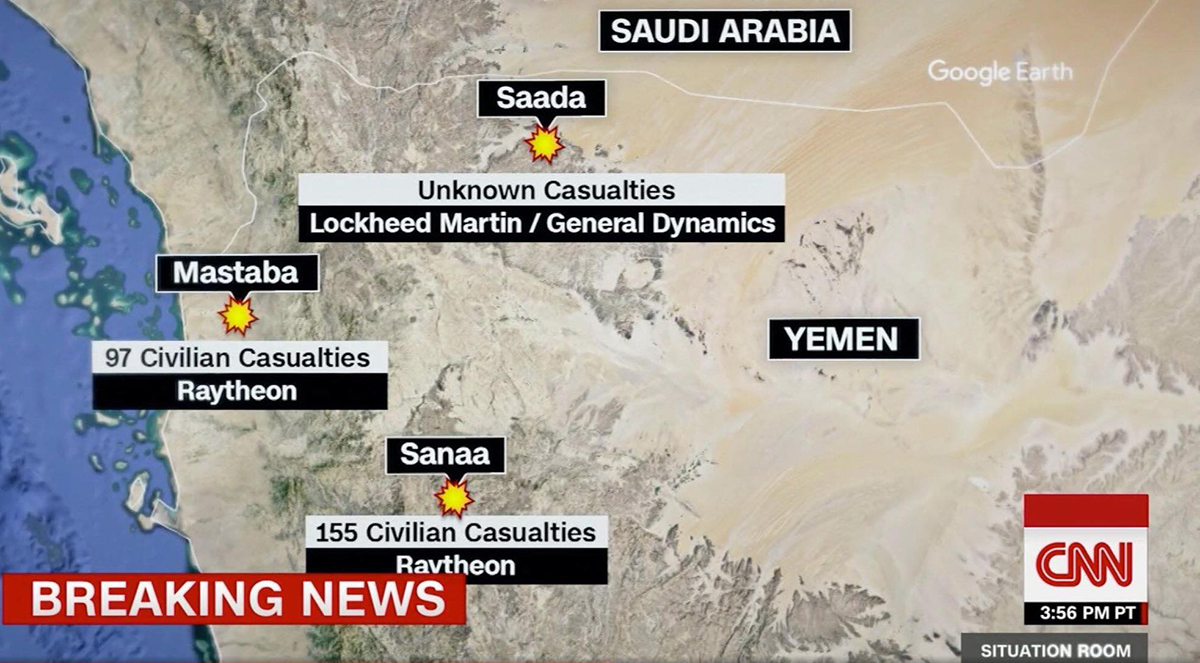 Trump’s priorities are crystal clear: Sell as many weapons as possible to the regimes he likes and damn the innocent people — like 44 Yemeni children — who suffer and die from the fallout. While Trump was able to veto the Senate bill, the NDAA is a must-pass bill and that’s why it must include Representative Lieu’s amendment to stop weapons sales to the Saudis. Send a message now to Pelosi, Schumer and Reed.

As horrific as the Yemeni school bus bombing was, it didn’t change US policy and weapons sales with Saudi Arabia, and the fighting in Yemen has only intensified. After the Yemeni school children’s deaths, CNN showed a map of Saudi attacks on Yemeni civilians — with US weapons. It’s clear who is profiting and who is suffering. As Ted Lieu says, “Our NDAA Amendment is Congress putting its foot down. The people have had no say in this arms deal, which is why Congress won’t let it happen.” Send a message now to Speaker Pelosi and Senators Schumer and Reed!