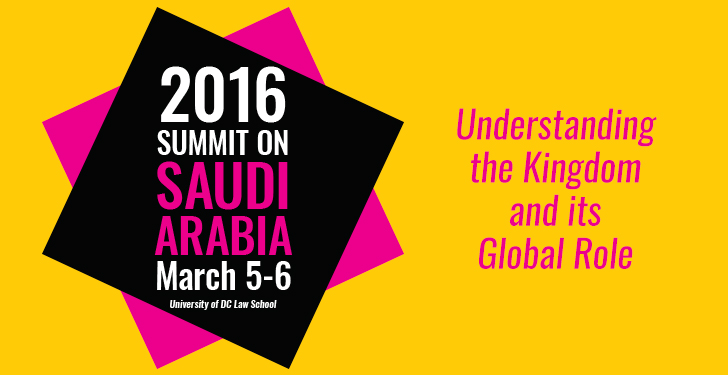 Dates: March 5- 6, 2016
Location: The UDC David A. Clarke School of Law (4340 Connecticut Ave NW, Washington, DC 20008)
CODEPINK, along with The Nation Magazine, Institute for Policy Studies, Peace Action, and many other organizations (see below), hosted a two-day summit examining the policies and practices of Saudi Arabia and U.S.-Saudi ties. This Summit addressed issues such as human rights; Saudi internal and foreign policy; and the prospects for change inside the kingdom and in U.S.-Saudi relations. Human rights advocates, diplomats, scholars, authors, and grassroots activists will come together in this first-of-its-kind international summit examining the Kingdom of Saudi Arabia.
The Summit was attended by people who:

And more! Find their bios here.

Press release can be found here.

To understand more about why CODEPINK stands against the Saudi regime, listen to CODEPINK co-founder, Medea Benjamin speak with United for Peace & Justice here.