Mainers concerned about Sen. Angus King's belligerent stance toward Iran visited his Augusta office yesterday to deliver a petition with 1,300 signatures of constituents calling for diplomacy, not war. In this photo Doug Rawlings, co-founder of Veterans for Peace, hands the petition to King's staff while Codepink associates Ridgley Fuller and Mark Roman join others in holding DON'T BOMB IRAN signs produced by social action organization CREDO, the petition's sponsor.

This is one of many actions concerned citizens are taking to let King know that we expect him to represent the people of Maine, not the campaign donors of AIPAC. Israel does not and should not dictate U.S. foreign policy, but King has been eager to jump on their bandwagon. 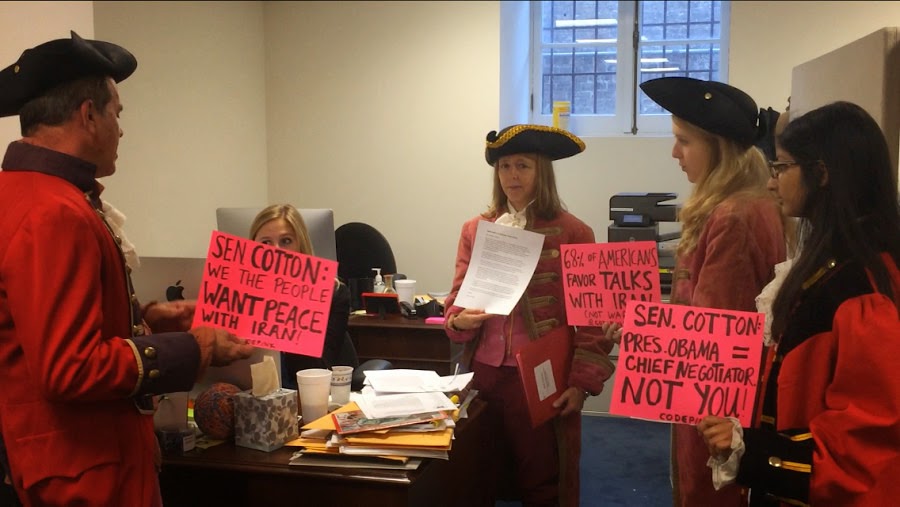 A call to action circulated by Just Foreign Policy has also been making the rounds in our state. It draws attention to the fact that King, an independent, has co-sponsored legislation designed to sink any negotiated agreement with Iran to monitor nuclear production.