1,500 hunger strikers: what Israel doesn't want you to know 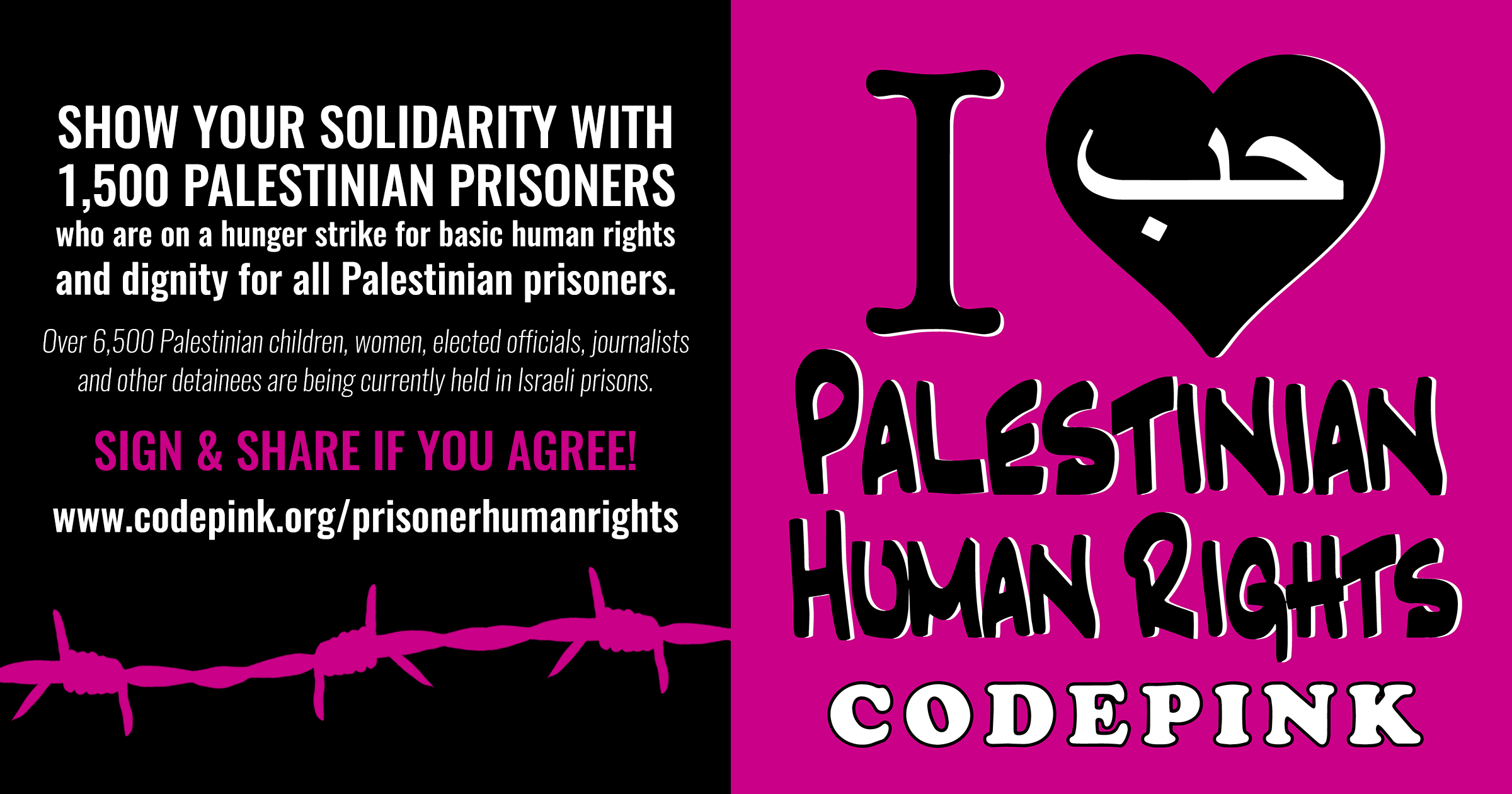 On April 17, over 1,500 Palestinian prisoners in Israeli jails began a hunger strike to demand basic human rights and dignity. The prisoners are putting their bodies and lives on the line in the hopes of achieving access to proper medical care, visits from family, as well as an end to the use of solitary confinement and administrative detention (the practice of holding Palestinian prisoners without charge or trial).

The hunger strikers are demanding basic human rights that should be guaranteed to all! Sign our petition to tell the U.S. embassy in Jerusalem to pressure Israel to meet the basic demands of the hunger strikers!

An increasing number of prisoners have joined the strike which began three weeks ago, bringing the total number of hunger strikers to 1,700. However, rather than meeting the basic demands of the prisoners, Israel has responded by putting the strike leaders in isolation, further restricting family visits, and threatening ongoing punishments.

Despite facing harsh retribution from Israel, the Palestinian hunger strikers remain hopeful that they will improve their conditions through their sacrifices. Support their struggle by signing the petition to tell the U.S. embassy in Tel Aviv to use all of its power and influence to demand that Israel guarantees basic human rights to Palestinian prisoners

Hunger strikes have a long and revered history in the collective struggle for justice. The World Medical Association (WMA) Declaration of Malta on Hunger Strikes has stated that hunger strikes are, “often a form of protest by people who lack other ways of making their demands known.”  There are currently over 6,500 Palestinians, including women, children, journalists, and human rights defenders, being held in Israeli prisons. Many are being held in administrative detention without charge or trial.

None of the human rights violations of the Israeli occupation have been able to break the will of the Palestinian people to resist. We are proud to stand with them in their struggle for dignity and freedom. Please join us by signing the petition and sharing it on Facebook and Twitter.

P.S. In another injustice, CODEPINK members Tighe Barry, Desiree Fairooz, and Lenny Bianchi were found guilty in D.C. criminal court today for their actions to oppose hatred racism at the January 10, 2017 confirmation hearing of now Attorney General Jeff Sessions. Sign the pledge to continue with us to resist militarism, hatred, and war in the courts, the streets, and the halls of Congress.