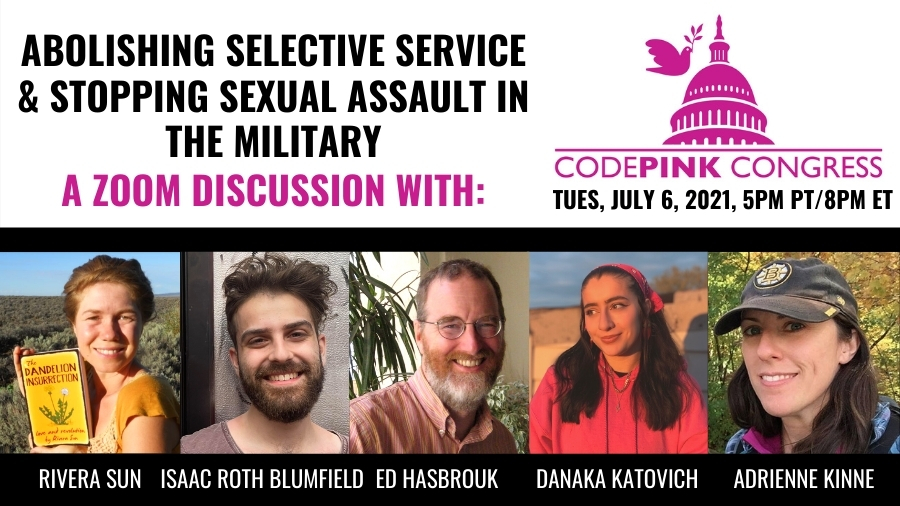 On Tuesday, July 6, CODEPINK Congress will focus on abolishing Selective Service and stopping sexual assault in the military. We will be joined by two special co-hosts, Danaka Katovich and Isaac Roth Blumfield of the CODEPINK Peace Collective, and three guests:

Rivera Sun, author and activist with CODEPINK and World & Beyond War, is working to abolish the military draft system for people of all genders.

Ed Hasbrouck is a draft registration resister who served four months in a federal prison camp for refusal to sign up with Selective Service.

Adrienne Kinne is the president of Veterans for Peace and a former Arab linguist in military intelligence & psychology specialist at the Veterans Affairs Department.

Join us for a discussion of both grassroots & legislative efforts to end Selective Service, a program that forces young men to register for future wars. Who wants to repeal it? Who wants to expand it to include women?! We’ll talk about current bills in Congress and also address sexual harassment & assault in the military.