Beyond the War: Yemen Cafe 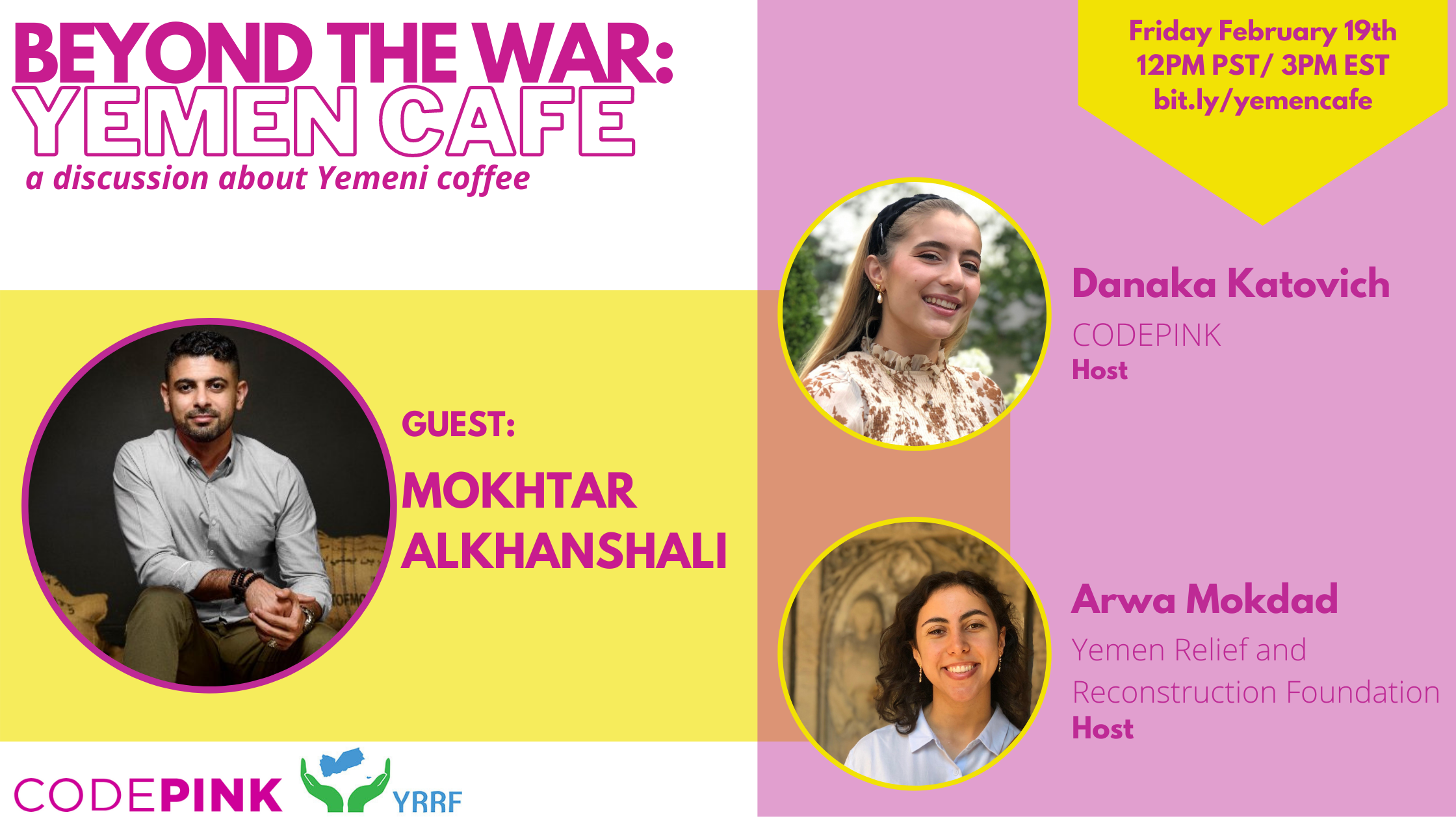 Join CODEPINK and Yemen Relief and Reconstruction Foundation for a conversation with Mokhtar Alkhanshali about Yemeni coffee.  The “Beyond the War” Yemen cultural series will attempt to showcase Yemen outside the realm of tragedy with an emphasis on Yemeni history, celebrations, and excellence! We will be reading questions from the audience to Mokhtar throughout the webinar. CODEPINK’s Danaka Katovich and Yemen Relief and Reconstruction Foundation’s Arwa Mokdad will be hosting this webinar.

Historian, community organizer, and coffee innovator Mokhtar Alkhanshali envisions a world where industry empowers rather than exploits, uplifts rather than represses.

Growing up between Brooklyn, San Francisco, and Yemen, Mokhtar comes from an ancient lineage of coffee farmers that traces back to when the world’s first coffee was cultivated in his home province of Ibb over five centuries ago.

In 2013 Mokhtar began focusing on his family’s roots as coffee farmers in Yemen. Seeking to reverse Yemen’s nearly-lost art of coffee cultivation, he founded Port of Mokha. Combining his knowledge of specialty coffee production, progressive infrastructure strategy and community organizing, Mokhtar has helped to reverse the declining quality of Yemeni coffee and re-establish it as one of the industry's most treasured origins. Best-selling author Dave Eggers’ forthcoming title The Monk of Mokha traces Mokhtar’s journey as a social entrepreneur and his harrowing escape from war-torn Yemen with his first coffee samples. Mokhtar strives to empower coffee farmers with the knowledge and tools to bring about radical improvements in the quality of their coffees and lives.

To listen to this conversation you can watch live on YouTube or join us live on Zoom. RSVP for the Zoom info!