China Is Not Our Enemy with Robert Scheer 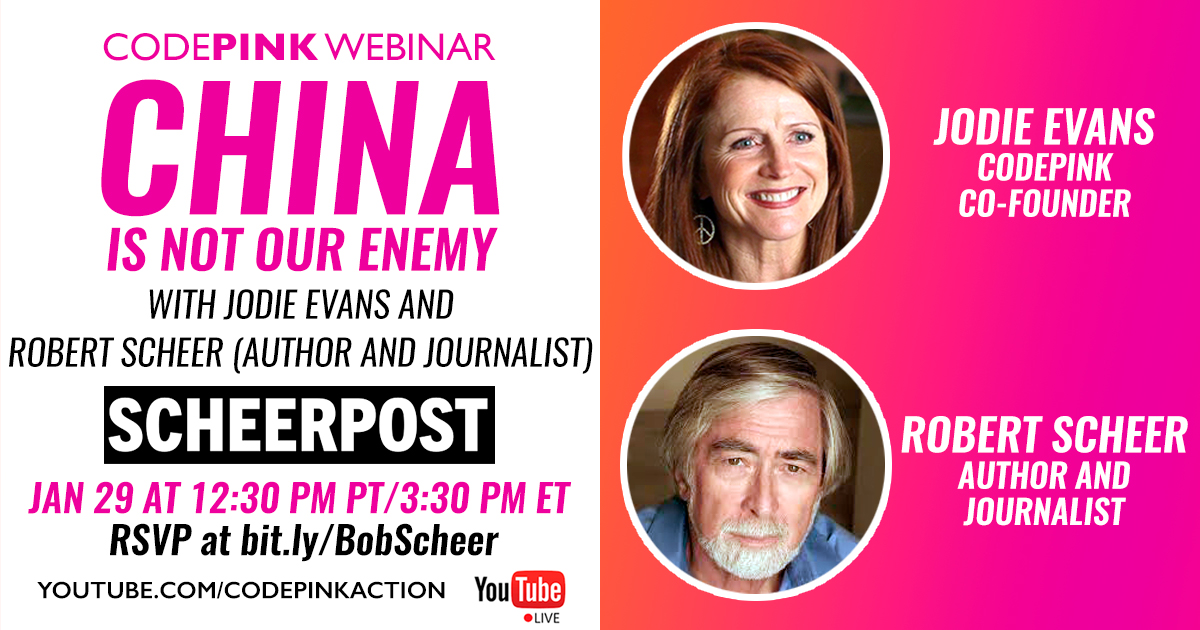 In 1965 Robert Scheer wrote a report on the US's involvement in Vietnam - How The United States Got Involved In Vietnam. It outlines the chronology of postwar US foreign policy in regards to Vietnam and was published through Center for the Study of Democratic Institutions. Highlighting truths and putting to bed misconceptions, Robert Scheer is a true peacemaker. Inspired by Scheer's work, the CODEPINK China Is Not Our Enemy team is working on our own pamphlet about China-US relations in which we hope to stop the impoverishment of Americans knowledge on China.

For China Is Not Our Enemy this week, join CODEPINK cofounder Jodie Evans and special guest Robert Scheer, author and journalist! As we continue to dismantle the anti-China rhetoric in the US and work towards peace, we are engaging with people around the world to uplift stories and spread the truth about China.

Robert Scheer is an American journalist who has written for Ramparts, the Los Angeles Times, Truthdig, Scheerpost and other publications as well as having written many books. His column for Truthdig was nationally syndicated by Creators Syndicate in publications such as The Huffington Post and The Nation. Between 1964 and 1969 he was Vietnam correspondent, managing editor and editor in chief of Ramparts magazine. From 1976 to 1993 he served as a national correspondent for the Los Angeles Times, writing on diverse topics such as the Soviet Union, arms control, national politics and the military.