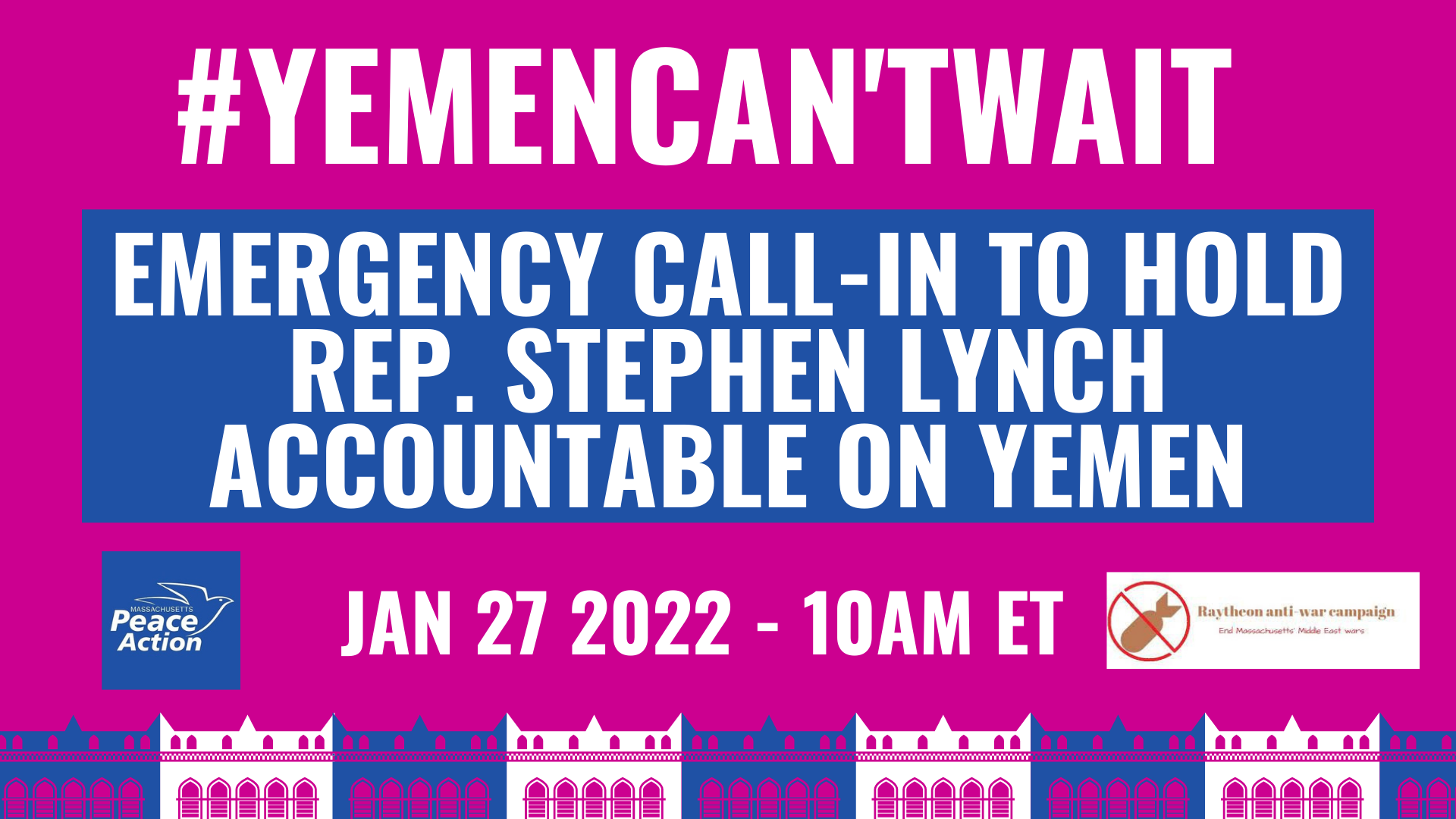 The Saudi-UAE coalition attacked Yemen's communication infrastructure, leaving all of Yemen without connection to the internet. Initial reports of Saudi-led strikes have high civilian casualties. People in the U.S. need to take action now. The Raytheon Anti-war Campaign and Massachusetts Peace Action are rallying outside of Rep. Lynch's office on 1/27 at 12PM ET. Before the protest we need to let his office know we are serious about holding him accountable. Join us at 10AM before the protest on Zoom to make calls together, RSVP for the Zoom link. CODEPINK will provide a call script!

Lynch was one of only 11 members of the Democratic Party to vote against the amendment last September.

Activists labeled him a member of the “Extermination 11." When Donald Trump was president Congressman Lynch voted to end our role Saudi Arabia’s war by voting for a War Powers Resolution. What explains this flip-flop on the world’s worst humanitarian crisis? Why is Stephen Lynch taking sides with Saudi Arabia, an authoritarian government that starves children and dismembers journalists?

Why is he siding with a murderer, Saudi Crown Prince MBS, in his war to destroy the people of Yemen? These are the questions we’d like answers to. At any time Congressman Lynch can change course and introduce a War Powers Resolution to force this issue and stop the US from taking part in this war. We’ll encourage him to do so.

Can you join the protest? More details here.