Rally to Stop the Saudi-US War on Yemen! 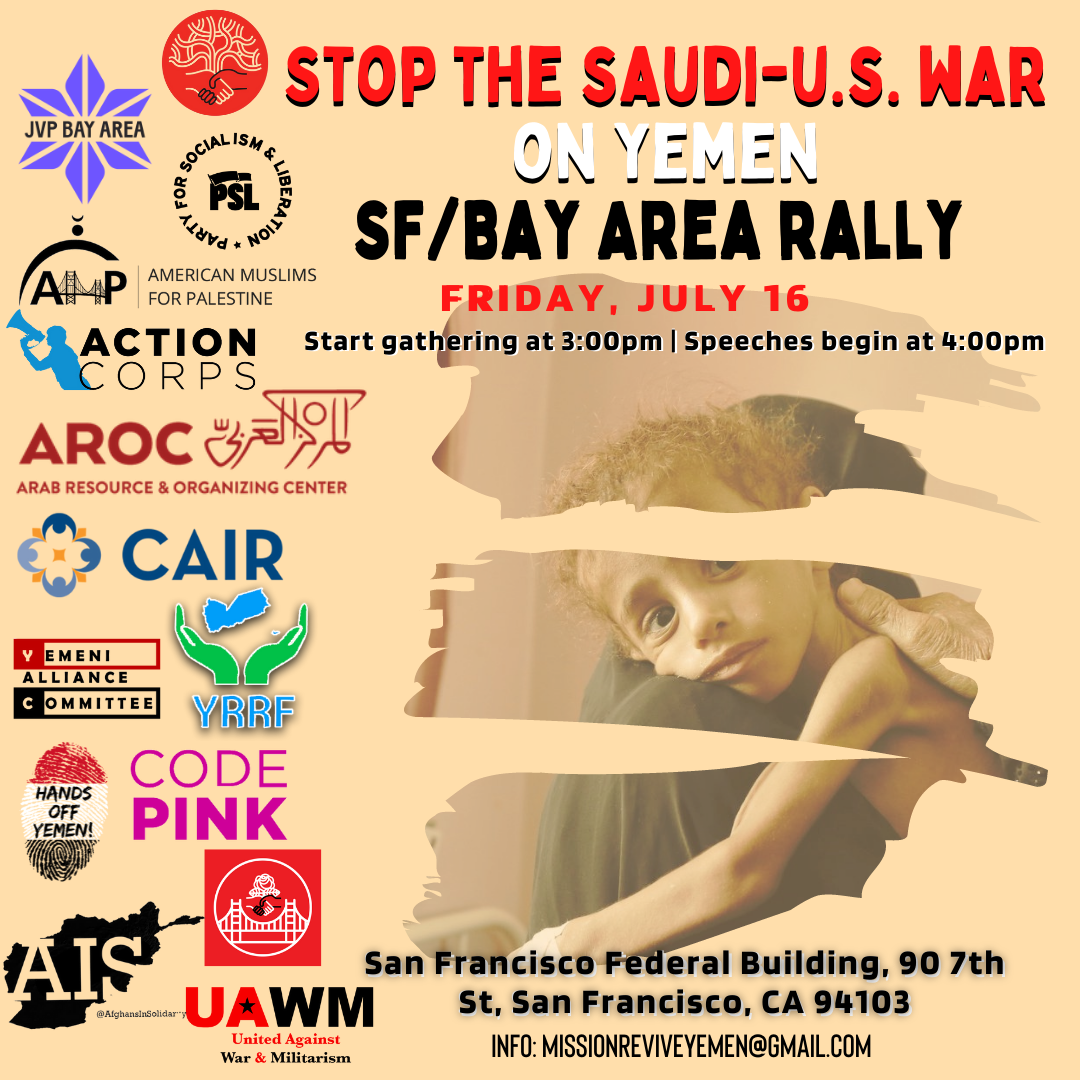 Join Bay Area CODEPINK activists this Friday, immediately following our delivery to Pelosi's office outside the Federal Building! We are calling for the United States and Saudi Arabia to end their war on Yemen - which is killing a child of Yemen every 75 second!

The Saudi blockade is killing civilians and the U.S. is not only complicit, but aiding Saudi in it. Congress can end the blockade and all U.S. participation in the largest humanitarian crisis in the world. In response, a nationwide coalition formed and has initiated a national letter campaign urging organizations to sign onto a letter addressed to Representatives from 9 key states that state:

The national letter drop will be this Friday, July 16th and to mark the occasion, we are rallying nationwide in a Day of Action for the Yemen War Powers Act.

Bring banners, flyers, posters calling for an end to the U.S./Saudi-led war on Yemen!