Why does Nancy Pelosi want to keep troops in Syria? 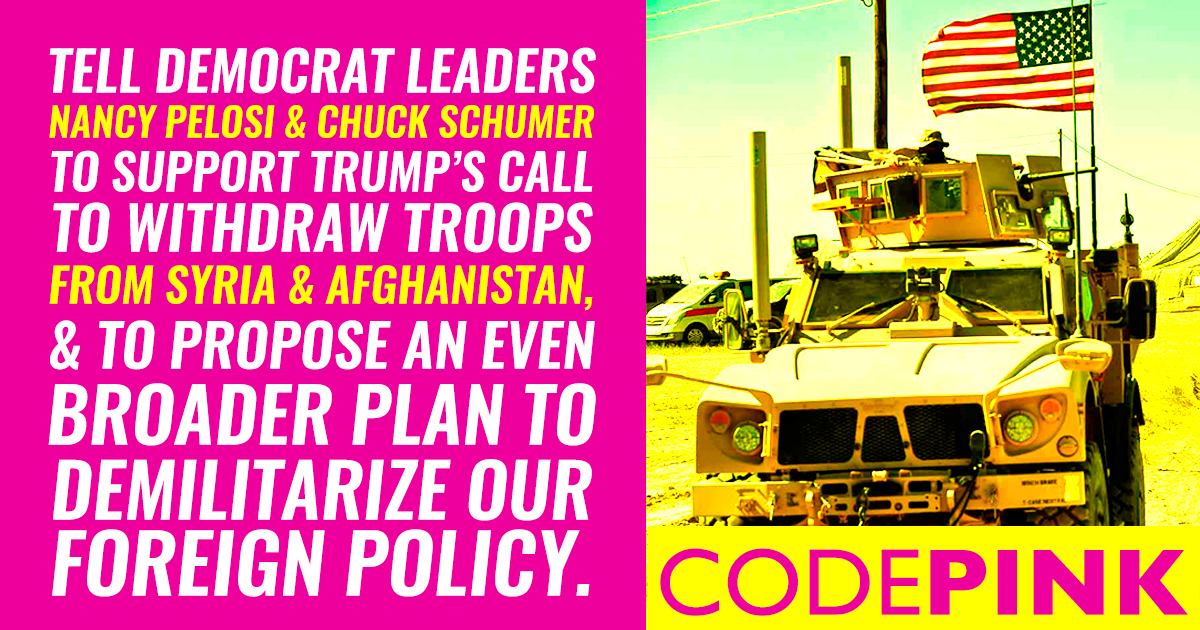 Issues of war and peace should not be a partisan game. When Trump calls for pulling US troops out of Syria and Afghanistan, are Democrats like Nancy Pelosi and Chuck Schumer simply upset about the process (and we agree, the process was terrible), or really upset because it’s being done by Donald Trump? As much as we might dislike the President (and for many of us, that’s quite a lot), we shouldn’t object to decisions that move us out of conflicts we should have never been involved in.

Nancy Pelosi called the withdrawal from Syria “a decision that is dangerous.” But the status quo was really dangerous, as it threatened to drag us into a confrontation with Russia, Iran or even Turkey. The US withdrawal from Syria eases those tensions. Trump’s order to pull out 7,000 of the 14,000 US troops from Afghanistan is also positive. Send a message to Democratic leaders Pelosi and Schumer that you support this de-escalation and that instead of criticizing the withdrawal, you want the Democrats to come up with a bold peace plan that emphasizes diplomacy, not endless war.

It’s not just troops. Since the ‘war on terror’ began, the US and its allies have dropped a staggering 291,880 bombs and missiles on other countries. We need Democratic leaders to propose a broad, visionary peace plan that includes troop withdrawal, an end to airstrikes, re-entry into the Iran nuclear deal, and a cut-off of weapons supplies to repressive regimes such as Saudi Arabia.

Like many of Trump’s critics, we, too, are concerned about the Kurds in Syria, who are at high risk of an attack by Turkey. The US should be actively involved, including through the United Nations, in thwarting an attack and promoting negotiations. And the US must take responsibility for rebuilding and assistance to both the Syrian and Afghan people, including the refugees.

Tell Democrat leaders, Nancy Pelosi and Chuck Schumer, that resistance to Trump should not equate to promoting war. Tell them to support Trump’s call to withdraw troops from Syria and Afghanistan, and to propose an even broader plan to demilitarize our foreign policy.

Democratic leaders should not resort to fear-mongering and should instead put forth a thoughtful and comprehensive peace plan of their own. While you wouldn’t know it from listening to the media, polls show that the public is fed up with US overseas wars. Bring the troops home. Stop the bombing. Enough! 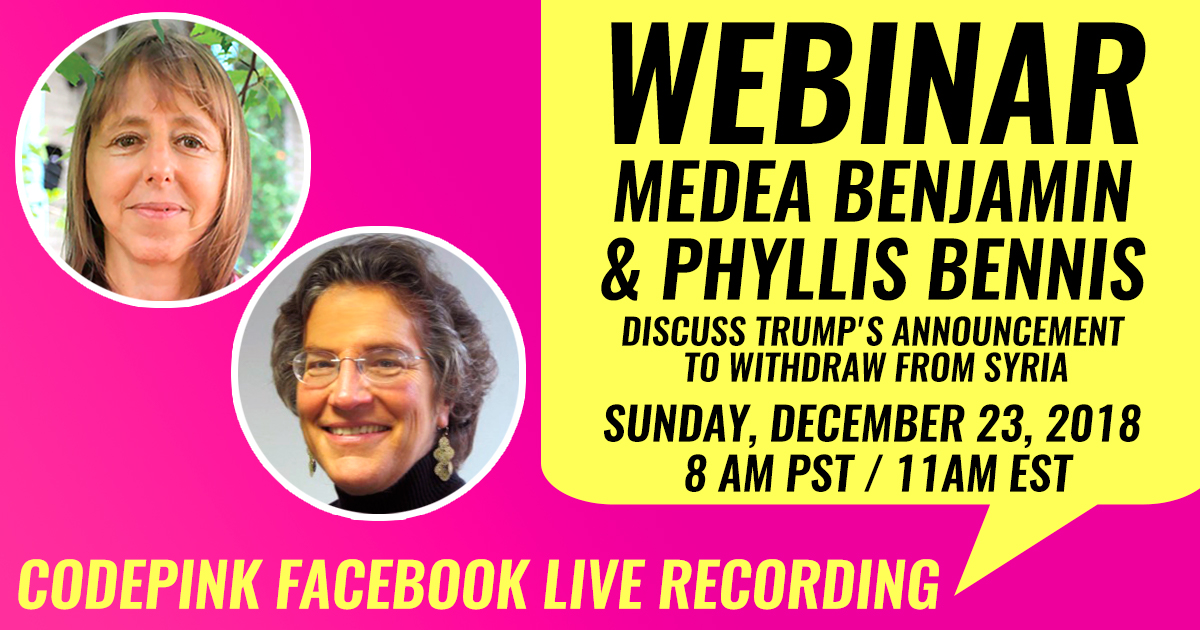 P.S. Check out the webinar we did today with me and Middle East expert Phyllis Bennis. Phyllis and I discussed Syria, Afghanistan, General Mattis’s resignation, and more. Watch here.