Why Antimilitarism Is Not a Partisan Position 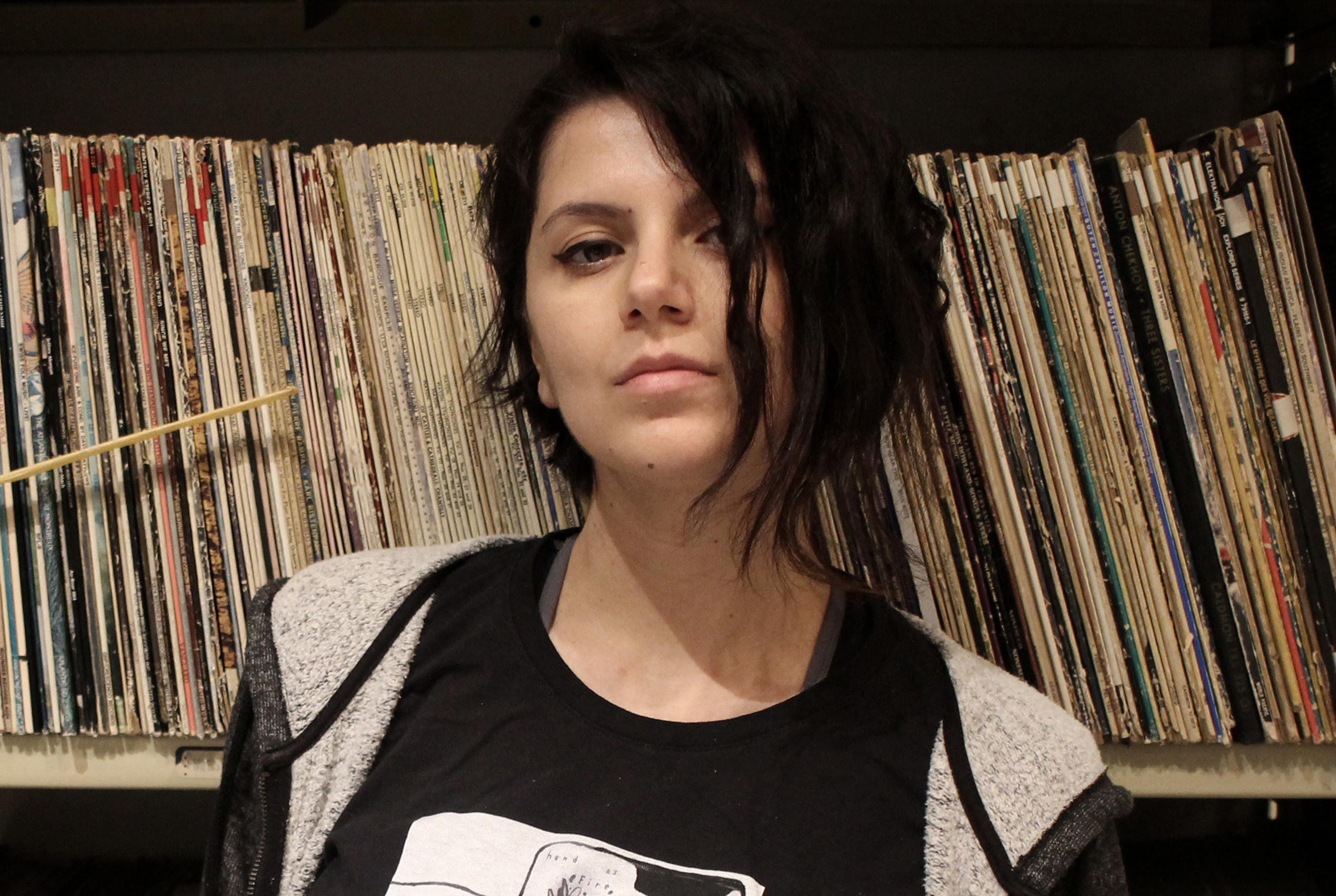 When the Afghanistan Report was finally revealed through an impressive journalistic quest by the Washington Post, I was really excited. “This is it!” I told my husband, “This will be a significant blow for those who rely on the public’s indifference towards the perpetual wars American has been involved in.” Ever the pessimist, he wasn’t taking it: “This isn’t news to those who care, and those who don’t care, will continue not caring.”

He was right, of course. Public opinion didn’t sway much - at least not in a way that translated into a grassroots movement or legislative action. I talked to many of my friends here in America about it, animated and passionate: “This is crazy, they’ve been lying for two decades!” Most lamented for a second with a polite, “Yeah, it’s so awful,” but made it clear they want to go back to their nine to five, chores, bills, debts and kids without internalizing the reality of the situation.

Also, if the online trends are any indication, it didn’t make anyone any less trusting of what the government says about their congressionally unauthorized acts of war. After the Trump administration’s assassination of Qasem Soleimani, the supporters of the attack repeat the same talking points that we’ve been hearing for years to justify any military aggression by the Unites States. Everyone is convinced they are right, what they heard is right, what their trusted authority has been telling them is right.

And this has been a problem since long before Trump and his supporters, long before “post-truth” became a buzz word.  As species we’ve always tended to believe authorities, propaganda and disinformation to feel safe, superior and righteous. We’ve done it willingly so that we can go on with our lives knowing that our tribe of believers will stick with us in times of crisis no matter what. But even if this ancient instinct might have been lifesaving in prehistory, in modern times it can be deadlier than any weapon. Look no further than Europe’s fairly recent history to see the that anything can be justified if we collectively choose to believe authorities.

But it’s not only about the actions we take, but also inactions. Everyone, regardless of their party affiliation, seems opposed to the war on the surface, but falls short of bearing any responsibility for the status quo or taking any action that will take more time than signing a petition. On Saturday January 4th, I was at the rally in Seattle that took place in opposition to war against Iran, and in calls for bringing American troops back home. I was with my husband and son, the only family with a kid in the gathering. There were many groups but not too many people, some of them long-time non-interventionist activists like Codepink and Veterans for Peace, but mostly fringe groups who seemed happy to have a chance to oppose Trump. In this rally, I saw clearly why the anti-war movement wasn’t as lively during Obama’s era as it was during Bush’s, despite the fact that Obama bombed more countries than Bush and started the drone program. The speakers from the well-meaning groups, brought many different agendas to the table and didn’t touch the specifics of the Iran-US conflict, which leads me to believe they weren’t necessarily informed on the topic. I got increasingly sad inside as I stood there, listening to a speech about Amazon paying taxes, my skin numbed by the cold wind. But I don’t know what I was expecting. I was being my optimistic self again, when all the signs had been there. What I saw was parallel to the most of the democrat/liberal/left wing reactions I’ve seen online in the past days to the possible war with Iran: Trump is unhinged. Trump is distracting from the impeachment. Trump is endangering us all.

The problem didn’t start with Trump. And it won’t end with him. It’s true that his latest action was the most dangerous escalation between Iran and the US in the recent memory, but the problem are not these incidents alone. America outpaces the military spending of the rest of the world by multitudes and has military bases in more than 80 countries. An average American won’t be able to tell you where these bases are, despite the fact that they are paying for it. It’s true that you don’t need to know every little thing your government does; that’s why you have elections, but how are you going to trust your elected officials to make the right decisions for you when defense contractors and their PACs make significant donations to federal elections in each cycle? If you don’t pay attention, don’t rally, don’t call your senator and tell them what you exactly want them to do, they will go with their promises to the donors. But many know this and will talk about it passionately over a glass of wine and fine cheese. The problem still remains that those many still don’t care.

Just a few days ago, I was chatting with a friend who is an Iranian-American journalist and producer. I asked her why anti-war movement should be such a fringe one in a country that has been in war for so long with no end in sight?

“It’s because most people aren’t really effected by war,” she said. “Terrorism affects them, war does not.”

Unfortunately so many Americans, left or right, go by this misguided instinct that has been the backbone of America’s continuous military presence halfway across the world with no end in sight and no defined goal. Ironically, this very presence creates the sociological conditions that are the breeding ground for Ideological extremism and experts have warned for long that the extremist movements in the Middle East are fueled by the Western Interventionism that has plagued the oil-rich region for long. It’s the notorious blowback effect, and we are observing it right now through the latest events. Effectively, the Iranian government’s ideological influence inside and outside its borders is the anti-thesis of the American presence. It only exists because of it, not despite. Iran can go to the countries ravaged by American interventionism and tell them you need us, have us, which is practically what Soleimani has been doing in Syria and Iraq. A last resort for any country leader facing opposition from its people is to divert attention from internal problems by bringing a foreign threat to the table. It hasn’t quite worked for Trump, due to his countless verifiable lies and incompetent cabinet who can’t get a story straight. But it worked quite well for Iran. The people who were criticizing the government for the brutal crackdown on peaceful protests a month ago, now are saying condolences to this “martyr’s” death. Of course, with the tragic downing of the Ukraine Airline plane, it didn’t last, and more anti-government protests took place..

As Iranian people, we haven’t been allowed to choose our own fate and were deprived of our own natural sociopolitical evolution over and over, either by rogue interventions or full-scale wars. Imagine if foreign forces had intervened in America’s war of independence, the civil war or the civil right movement in the name of their “national interests”, while bringing in their own “contractors” to capitalize on the natural resources of the continent and of course, killing many civilians down the road. Do you see how the blowback effect will work in that scenario?

So yes, you should be outraged that your money goes to destabilize and create a much less safe world for you, your family and the future generations. You should be out there asking for the downsizing of the Pentagon budget so it can be used right here for infrastructure, education, healthcare and environmental initiatives. You should pay attention to which senators/presidential candidates made this very issue their mission, and vote for them while outvoting the hawks who are motivated by either religious end-of-time rhetoric or their donors – usually both. Some would take this anti-war argument as being anti-veteran but argue back by what Veterans for Peace have been saying all along: While the military is getting cutting edge weaponry and systems, the VA is in shambles. That budget can be used to treat veterans who come back from the horrors of wars traumatized and actually take care of them. If you worry about your child’s future in this world, antimilitarism should be one of your top priorities right now.

That’s why I am calling you to join the international day of action in your city on January 25th. It’s not about Trump, it’s not even only about Iran. Things are moving quickly and everyday we hear a new story but one thing remains unchanged: America’s unnecessary, counterproductive military presence all over the world. Whatever happens in the coming days, show up on the 25th! Bring your friends, parents, children, coworkers. This is not a bipartisan issue, it’s an American issue; because everyone wants peace, safety and prosperity. And ending US militarism is how we will get it all.

Salome MC is an Iranian musician, educator, activist and multimedia artist currently living in Washington, U.S. She is a member of the CODEPINK advisory board.