We can STOP this! 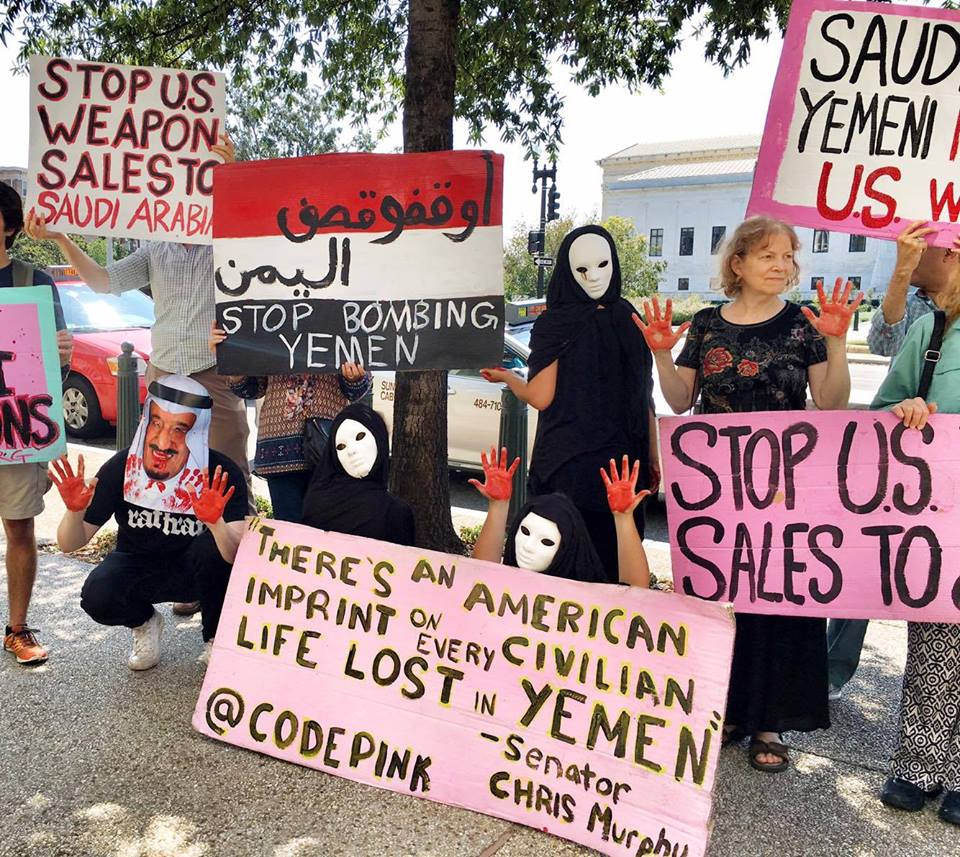 BREAKING: Senators Al Franken, Chris Lee, Chris Murphy and Rand Paul have just introduced a joint resolution calling on Congress to block the Obama administration’s recently announced sale of $1.15 billion in weapons to Saudi Arabia. This is terrific news! But to have any chance of passage, we need all hands on deck!

Please contact your Senators and ask them to support the Murphy-Paul Senate Joint Resolution 39 to block weapon sales to Saudi Arabia!

The introduction of this bipartisan resolution in the Senate means that there is a new mood in Congress. After decades of enormous weapons sales to the Saudis, momentum is now building behind the movement to cut off this flow of arms. In just the last few weeks, major media outlets – such as the New York Times and the Guardian – have condemned the sale and said more weapons would enable further war crimes in Yemen.

Please help us building the momentum! Contact your Senators NOW and tell them to support this critical resolution, Senate Joint Resolution 39.