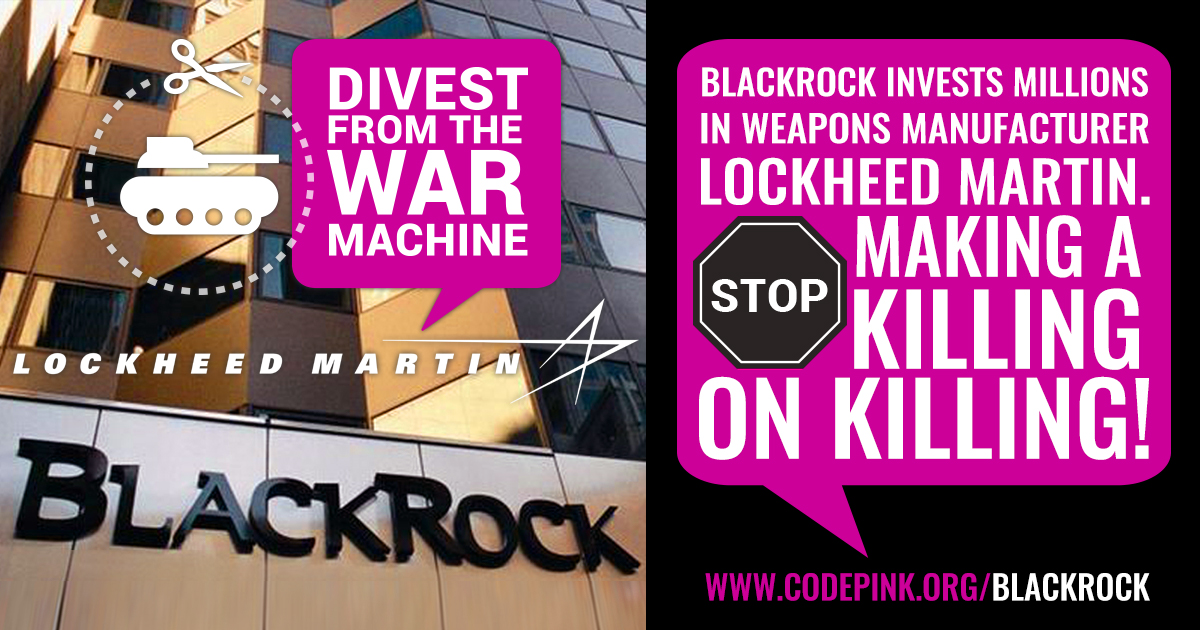 Join CODEPINK for a protest and die-in on Wall Street remembering those who were killed and wounded in Yemen by a Lockheed Martin bomb.

On Tuesday, February 5th, the Museum of American Finance is honoring Larry Fink, the CEO of BlackRock. BlackRock is complicit in the war on Yemen, being the largest investor in Lockheed Martin. “Die” with us on Wall Street to tell these corporations, Stop Making a Killing on Killing!

Over 44 schoolchildren were murdered on a schoolbus by this US/Saudi/UAE coalition air strike. Lockheed Martin is the largest arms producer in the world, and 70% of their profits are from the U.S. government.