No Taxpayer $ for Foreign Politicians! 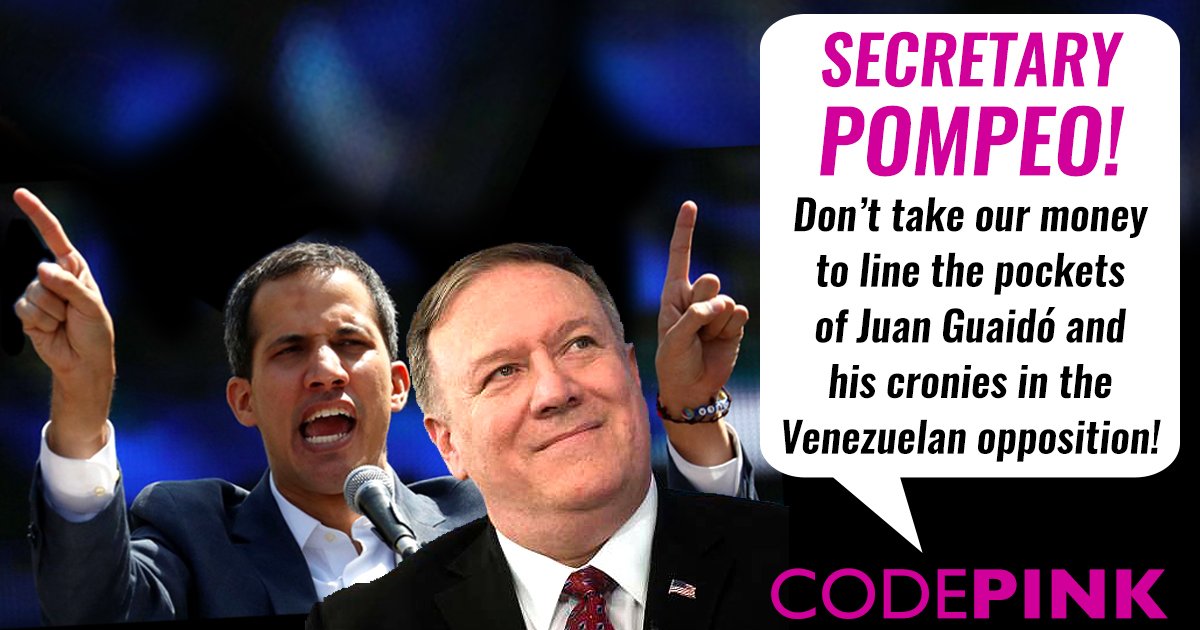 USAID (the United States Agency for International Development) announced that it will divert $41.9 million in aid funds allocated to Central America and instead send it to the Venezuelan opposition in order “to pay for their salaries, airfare, ‘good governance’ training, propaganda, technical assistance for holding elections and other ‘democracy-building’ projects.” Join us to put a stop to USAID’s funding of Venezuelan politicians!

I am writing to express my serious concern regarding the plans by USAID to fund the faction of the Venezuelan opposition led by National Assembly President Juan Guaidó, referred to by the U.S. Government as the interim president of the country. According to news reports, at least $41.9 million in humanitarian aid for Central America is to be diverted to pay “for salaries, travel, communications equipment, technical assistance and training for the management of a government budget and other needs for the Venezuelan opposition.”

Leaving aside the issue of whether the U.S. Government should play a role in determining who the president of Venezuela is, it is unacceptable that taxpayers such as myself should have their hard-earned dollars sent to foreign politicians, particularly when some of it will be used for “propaganda,” as the L.A. Times reported.

This diversion of funds raises worrisome questions given Mr. Guaidó’s apparent links to corruption and drug cartels. USAID will reportedly manage the funds itself, perhaps because his team has already embezzled humanitarian aid. If USAID does not trust the Venezuelan opposition to manage U.S. taxpayer money, why is it giving it to them in the first place?

Furthermore, Mr. Guaidó was photographed with several drug traffickers and, according to reports, received logistical support from a paramilitary drug cartel. How will the Department of State ensure that taxpayer money given to Mr. Guaidó’s party does not end up in the hands of violent cartels?

On October 3, Mr. Guaidó’s representative in Washington, Carlos Vecchio, travelled to Florida and participated in a political event with Speaker of the House Nancy Pelosi. Did the funding for Mr. Vecchio’s trip to Florida come from U.S. taxpayer money? How can American taxpayers be assured that their money is not being used by foreign politicians to influence policy in the United States?

Finally, in addition to cutting the financing for the Venezuelan opposition, I call on the State Department to commission an investigation to find out what the sanctions on Venezuela are costing the American people. Are Americans paying more for gasoline because of the sanctions? What U.S. businesses are being harmed by the closure of access to the Venezuelan market?

The United States Government has a duty to spend taxpayer money in a responsible manner. USAID’s redirecting of aid to Central America in order to pay for the salaries and airfare of foreign politicians is a gross violation of this duty. I hope you will do right by American taxpayers and reverse this decision.