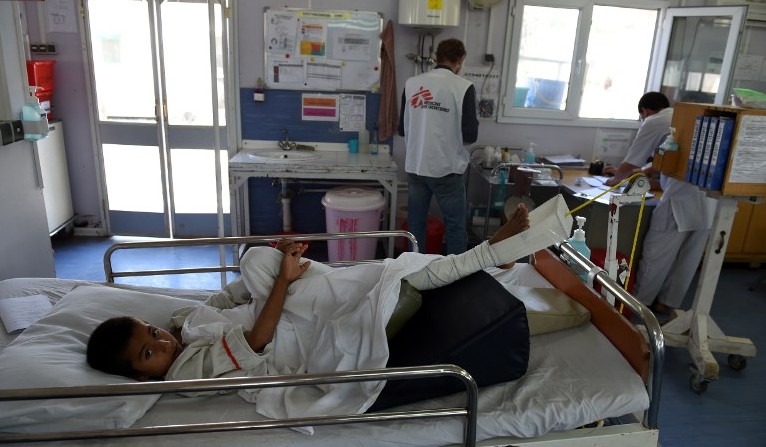 An Afghan child receives treatment at the Medecins Sans Frontieres (MSF), or Doctors Without Borders, hospital in the northern city of Kunduz, before it was bombed by the US.

Bombing a hospital is a war crime. But that’s exactly what the US military did in Kunduz, Afghanistan, over the weekend when it dropped several bombs on a Doctors Without Borders hospital, killing 22 and wounding dozens of others.

Tomorrow, Tuesday, we will be at an Armed Services Committee hearing with the top US Commander in Afghanistan, General John Campbell. We are asking him to apologize for the bombing, rebuild the hospital, provide healthcare for the injured and compensation to the families of the deceased, and submit to an independent investigation! If you sign the petition immediately, we will hand deliver your name to General Campbell.

October 8 will mark the beginning of 15 years of US military presence in Afghanistan, making it the longest war the US has even been involved in. The US has been responsible for the deaths of thousands of innocent Afghans throughout the years and has rarely even acknowledged their deaths. This impunity must end!

Tell General Campbell: Apologize for the bombing, rebuild the hospital, provide healthcare for the injured and compensation to the families of the deceased, and submit to an independent investigation! Sign the petition now.