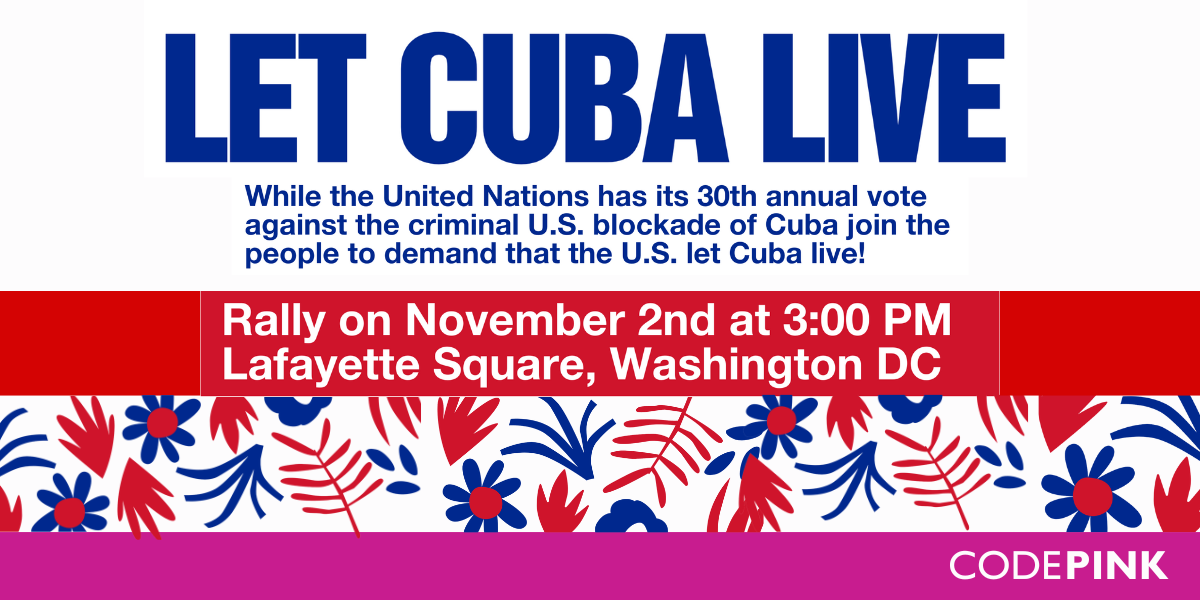 Rally with CODEPINK, ANSWER Coalition, the Claudia Jones School, Council of Hemispheric Affairs, and many other long-time Cuba fighters in Washington, DC, for the UN General Assembly’s annual vote!

The UN General Assembly’s annual vote demanding an end to the “Economic, Commercial and Financial embargo imposed by the United States against Cuba” – the blockade -- will take place over two days on November 2 and 3, 2022. This will be the 30th consecutive vote in which the world community will once again overwhelmingly condemn the cruel, unjust, and illegal US blockade against Cuba!

The U.S. has been outvoted every time. Tell Biden to join the rest of the world and put an end to the genocidal blockade!