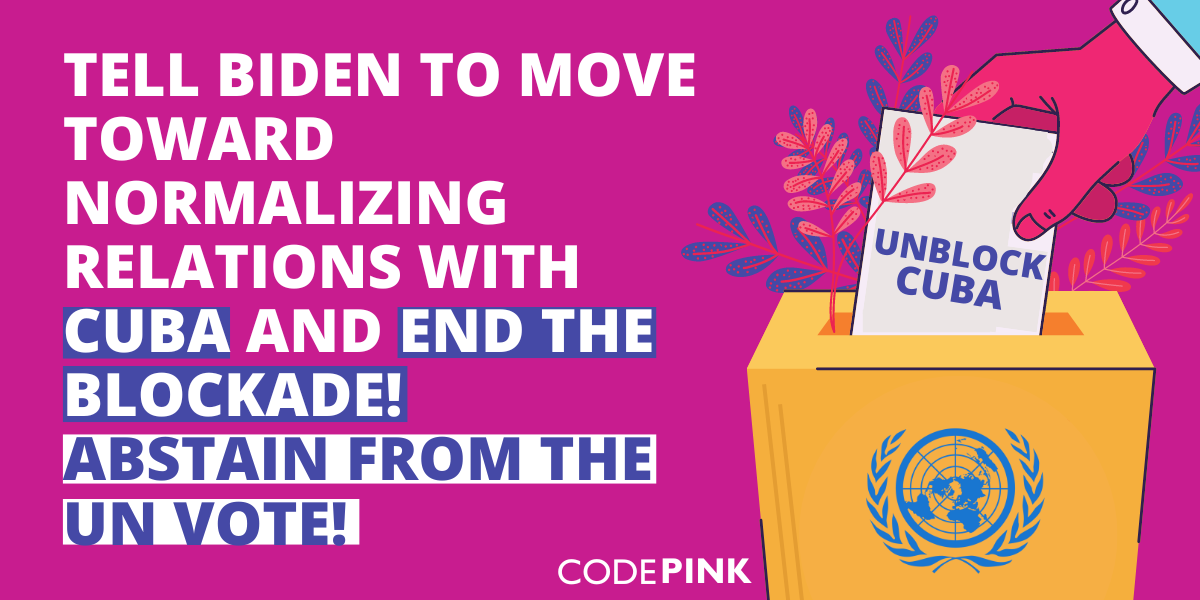 The United Nations General Assembly’s annual vote demanding an end to “the Economic, Commercial and Financial embargo imposed by the United States against Cuba” — the blockade — will take place over two days on November 2 and 3, 2022.

Every year, the UN General Assembly overwhelmingly calls on the United States to lift its blockade on Cuba. Every year, the U.S. ignores the world and continues its cruel policy of punishing the Cuban people. Last year, 184 voted in favor of the resolution, and only the United States and Israel voted against it. This will be the 30th consecutive vote in which the global community will once again unite to condemn the cruel, unjust, and illegal U.S. blockade against Cuba and once again, the U.S. will stand alone.

All of that progress was reversed by the Trump administration, and as a candidate, Joe Biden promised to change that. But almost two years into his administration, Biden has failed to deliver on the most basic promises and has said that Cuba isn’t a priority. Let’s show the administration that the people of the United States think Cuba is indeed a priority!

The Biden administration insists that the world needs a “rules-based order”, but those claims are undermined by U.S. policy towards Cuba. The embargo is illegal and runs counter to the UN charter. If the U.S. wants to lead, it must lead by example and abide by international law.

The upcoming UN vote is an opportunity for President Biden to keep his campaign promise of abandoning the failed Cuba policies of the Trump era. By abstaining, the Biden administration will signal to Congress, the American people, and the Cuban people that it is serious about re-engaging with Cuba based on respect and dialogue. The Biden administration would be wise to announce a new policy of normalization with an eye toward ending the embargo. For starters, he should announce that he will take Cuba off the list of State Sponsors of Terrorism—a list it should have never been put on.

Click here to ask President Biden and Ambassador Linda Thomas-Greenfield to abstain at the November UN vote and announce U.S. intentions to normalize relations and lift the blockade!

The U.S. embargo makes it nearly impossible for Cuba to recover from natural disasters. Hurricane Ian, the latest climate catastrophe to hit the island on September 27, knocked out power and destroyed over 4,000 homes. Despite Cuba’s well-known preparedness for natural disasters, the blockade undermined its disaster relief response by obstructing Cuba’s ability to purchase construction materials. The blockade also prevents Cuba from sharing millions of doses of homegrown Covid-19 vaccines with the Global South. Lifting the blockade would facilitate Cuba’s ability to access critical foreign assistance and humanitarian aid.

As the world continues to condemn the brutal U.S. blockade, the U.S. government continues acting like a pariah state. At CODEPINK, we’ll continue to fight to demand an end to this inhumane economic war on the Cuban people.

The United States has nothing to lose by being a good neighbor and letting Cuba live! 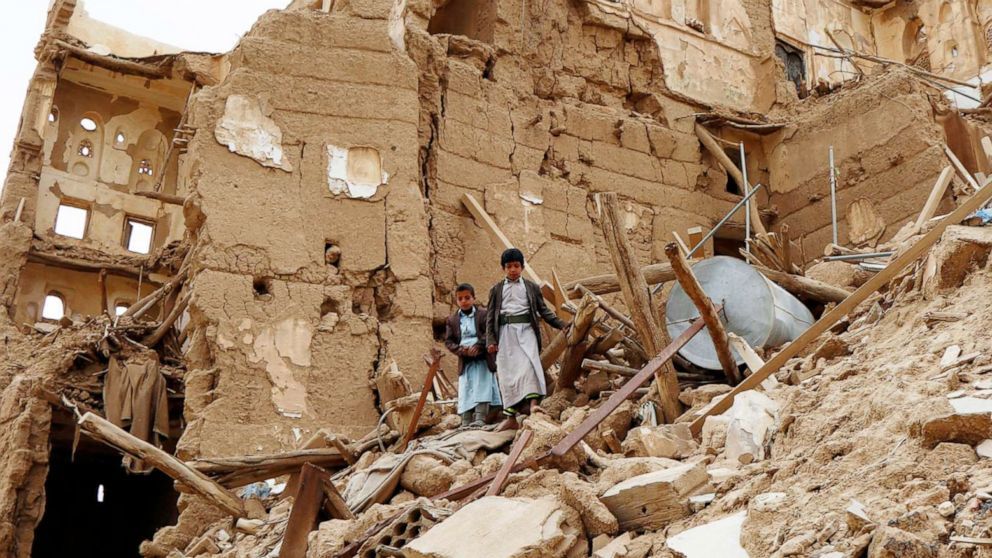