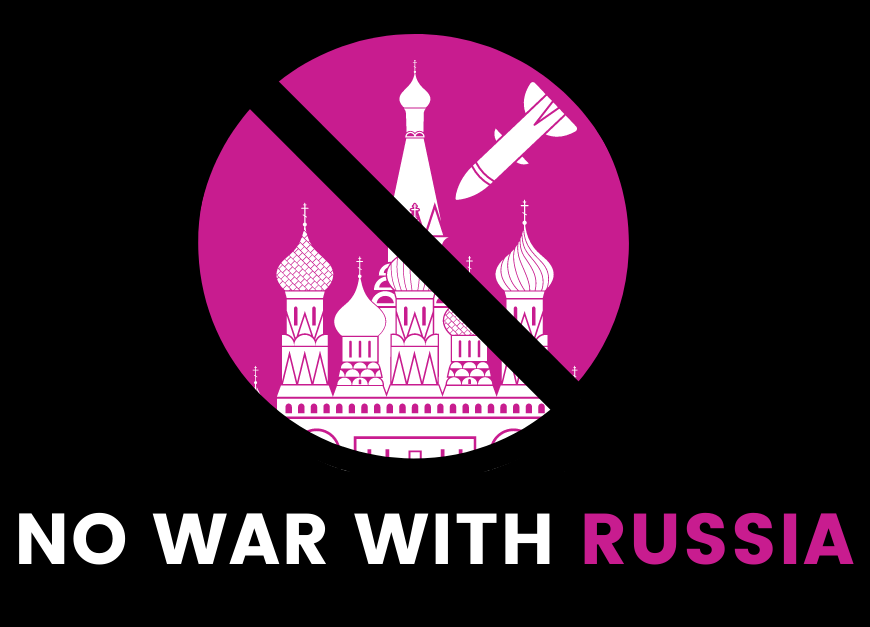 The situation in Ukraine just got more volatile: Russia recognized the independence of the People’s Republics of Donetsk and Luhansk and is sending troops in for a “peacekeeping mission.” This follows weeks of saber-rattling by the U.S government and media, as well as a huge increase in ceasefire violations in Eastern Ukraine. The Biden administration is calling this a Russian invasion and has already applied sanctions. We may be on the brink of war between two nuclear powers.

Here’s what you can do:

​​➡️ Sign the petition and send it to at least two friends! Tell President Biden that the Minsk Agreement is a path to peace

➡️ Organize a No War in Ukraine rally, teach-in, or vigil in your community. We’re here to help.

Russia’s actions run counter to the Minsk Agreement, a treaty signed in 2015 to prevent a new escalation of Ukraine’s civil war. Yet the Ukrainian government has ignored the Minsk Agreement for years by attempting to reassert control over Donetsk and Luhansk. The U.S. and NATO are also complicit, not only turning a blind eye to Ukrainian violations, but also by sending powerful offensive weapons to Ukraine’s military.

We need negotiations and dialogue! Tell President Biden that the Minsk Agreement is the path to peace!

We’ve been swamped with misinformation about this crisis for weeks. Here’s what we know: there are 4 million ethnic Russians in Ukraine and according to the Organization for Security and Cooperation in Europe, there were 5,667 ceasefire violations by both sides in just the four days before Russia’s actions. In 2019, President Trump encouraged Ukraine to break the Minsk Agreement and since 2014, the U.S. has sent over $2.7 billion in weapons to Ukraine. Moreover, the U.S. played a key role in the 2014 coup in Ukraine and has been promising Ukraine’s inclusion in NATO since 2008. While we believe Russia’s recent actions risk further escalation, it is clear that U.S./NATO intervention in Ukraine over the years presents a major security concern for Russia.

To help us understand what the world is facing and organize for peace, join us for an important global webinar/online rally with an incredible lineup of speakers from the U.S., Europe, Russia, and Ukraine on Saturday, February 26 at 9AM PST / 12PM EST Click here to RSVP! 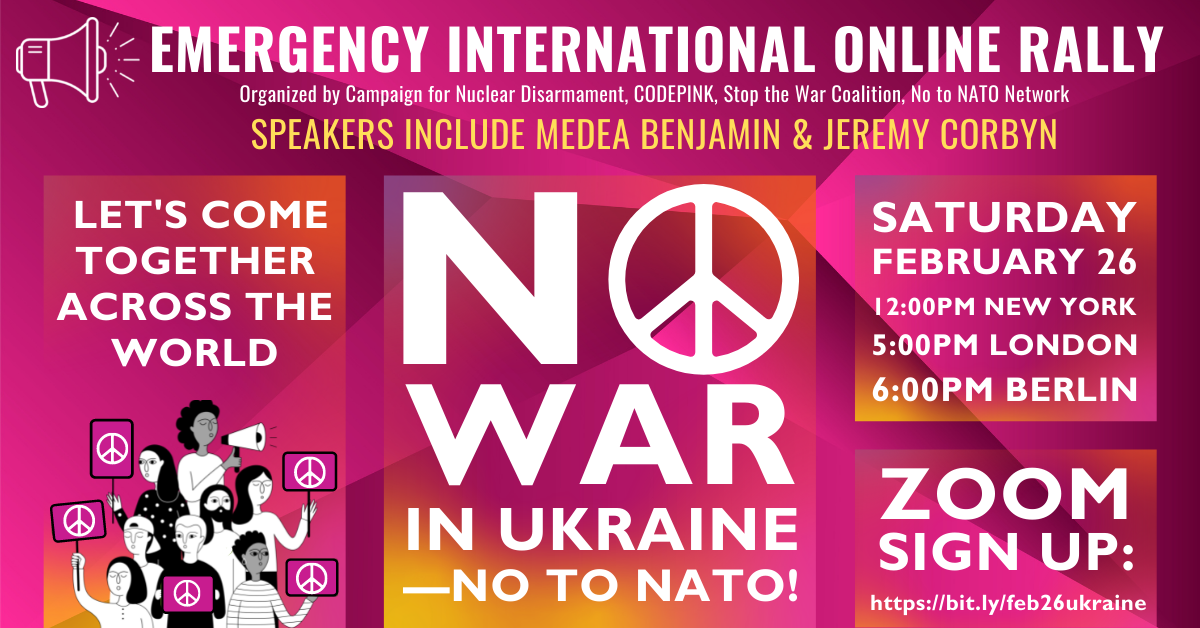 You can take more action after the webinar by holding a rally in your own hometown, calling for diplomacy and no war with Russia! We can help you organize one. We have posters, sample press releases, and more for you to use and we will help you promote your action.

What we need is vigorous diplomacy to avoid war and ensure compliance with the Minsk Agreement. That will be in the best interest of all NATO nations, the Russian people, all the people of Ukraine and the world community. That is what we must demand from our elected leaders.