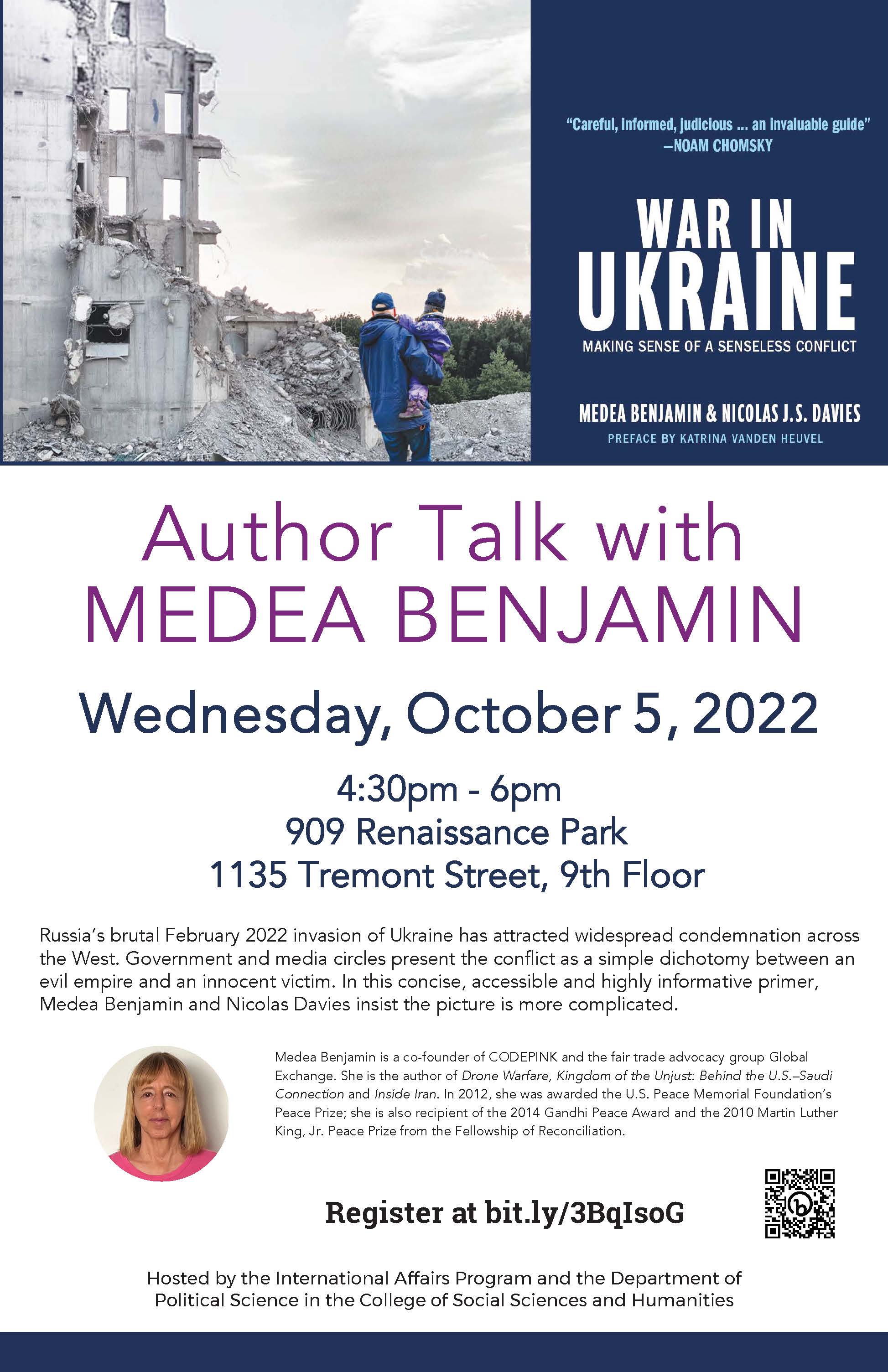 Medea Benjamin will discuss her book War in Ukraine: Making Sense of a Senseless Conflict at Northeastern University.