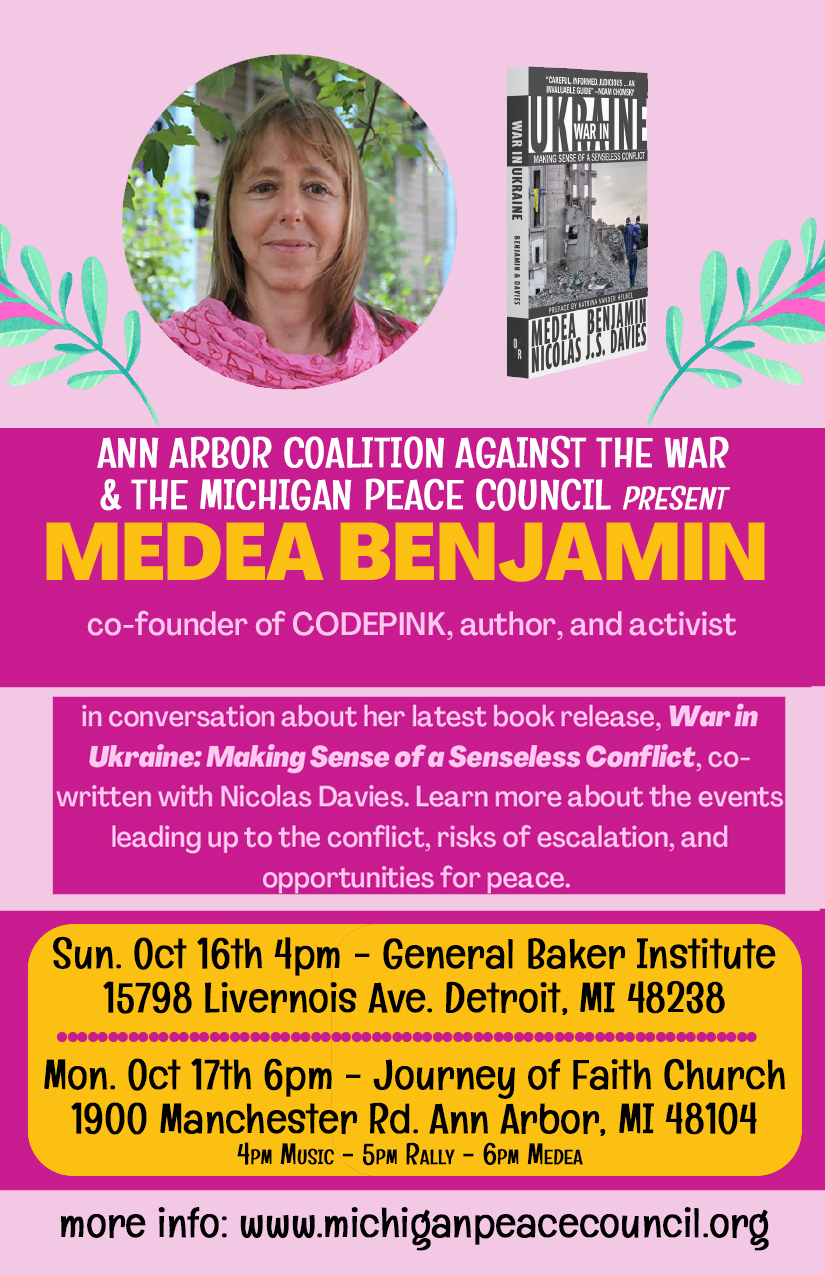 Medea Benjamin will discuss her book War in Ukraine: Making Sense of a Senseless Conflict at the General Baker Institute in Detroit, Michigan. This event is sponsored by Ann Arbor Coalition Against the War and The Michigan Peace Council.