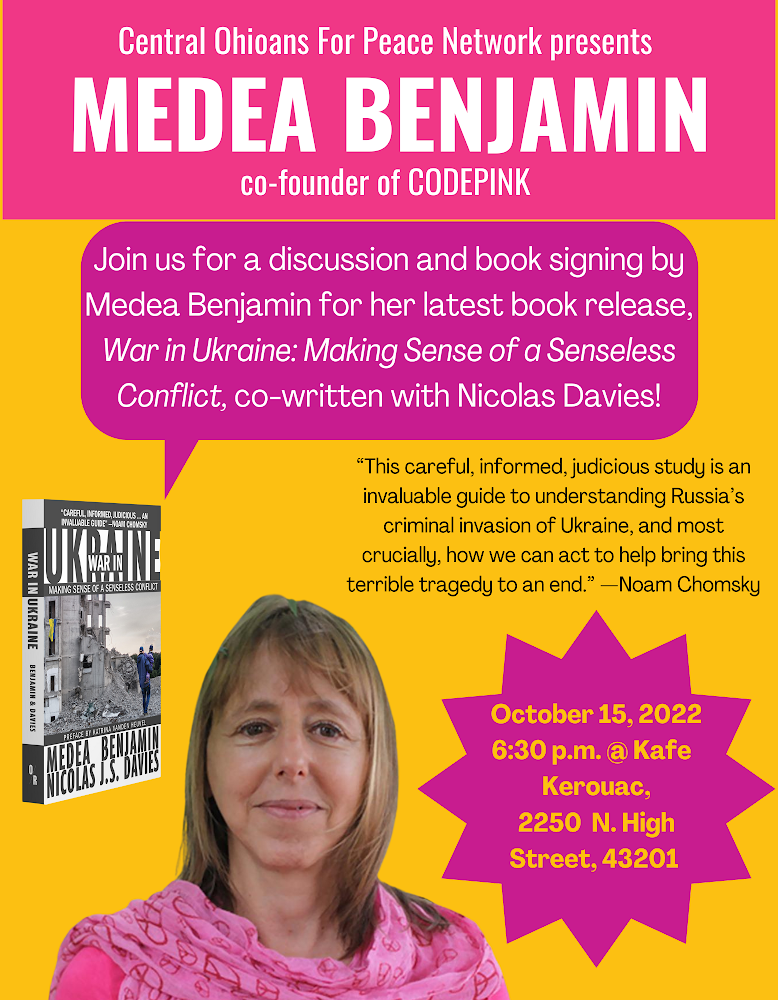 Medea Benjamin will discuss her book War in Ukraine: Making Sense of a Senseless Conflict in Columbus, Ohio. This event is hosted by the Central Ohioans For Peace Network.