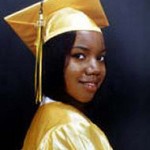 Three years ago, an American soldier LaVena Johnson of Missouri bought candy, soda and lip balm one night near her base in Iraq. She went to meet friends to go jogging. But she never made it -- her body was found the next day in a burning tent with a broken nose, black eye, and some corrosive liquid applied to her genital area. An M-16 rifle was found next to her and a gunshot through her mouth. Though the bullet was never found, the Army considers it a suicide. Her family believes it was homicide at the hands of male American soldiers.

The Oct. 15 issue of Our Weekly, a Los Angeles weekly newspaper, reports on Johnson's death, whether the military is attempting to pass it as a suicide, the increasing numbers of abuse, rape and murder on military bases and the military's systematic refusal to prevent them.

In July, CNN reported on a House committee hearing on sexual abuse within the military. Forty-one percent of female veterans at an L.A. veteran's hospital reported male soldiers had sexually assaulted them, and 29 percent were raped, said Rep. Jane Harman (D-Cali.) to the committee. "We have an epidemic here," Harman said. "Women serving in the U.S. military today are more likely to be raped by a fellow soldier than killed by enemy fire in Iraq."

CNN reported the Government Accountability Office investigated sexual assaults in the military and the Coast Guard and found the "occurrences of sexual assault may be exceeding the rates being reported."

One-third of women veterans say they were sexually assaulted while in the military, writes executive director and founder of Iraq and Afghanistan Veterans of America Paul Rickhoff in the Huffington Post, citing a study by the American Journal of Industrial Medicine. Fifteen percent of female Iraq and Afghanistan veterans who have gone to the VA for care have screened positive for Military Sexual Trauma.

In the past, some have blamed male soldiers' interest in seeking out prostitutes or assault of fellow female soldiers as their succumbing to the need to "blow off steam." But because rape and assault really center around power and patriarchy, and not any kind of true sexual feeling, this "steam" really is an aggressive display of misogyny and dominance, a sick comfort in an environment that must feel lacking control, purpose or meaning.

And what else? What does this say about our military if sexual assault is so deeply ingrained, so deeply accepted that officials continue to make up age-old, caveman excuses for it rather than evolve and put a stop to it? Or of the mainstream media, which has hardly reported these numbers or asked these questions at all? Or of society, where men continue to rape 1 out of 6 women and sexually assault women every two minutes?