The campaign to seek an international arrest warrant for former Bush CIA General Counsel John Rizzo continues to make headlines. Reports show that lawyers from Pakistan and human rights organization Reprieve are looking into waging cases against other individuals including British officials.

A court in Washington DC has refused to re-open a Blackwater case of the shooting deaths of Iraqi civilians in 2007.  Blackwater was securing a convoy through Nisour Square in Baghdad where the incident took place bringing international outrage. Blackwater's license to operate in Iraq was revoked by the government.

Activists held a protest outside the National Committee On US-China Relations in New York City where Henry Kissinger was giving a talk about his new book, Prescription on China. 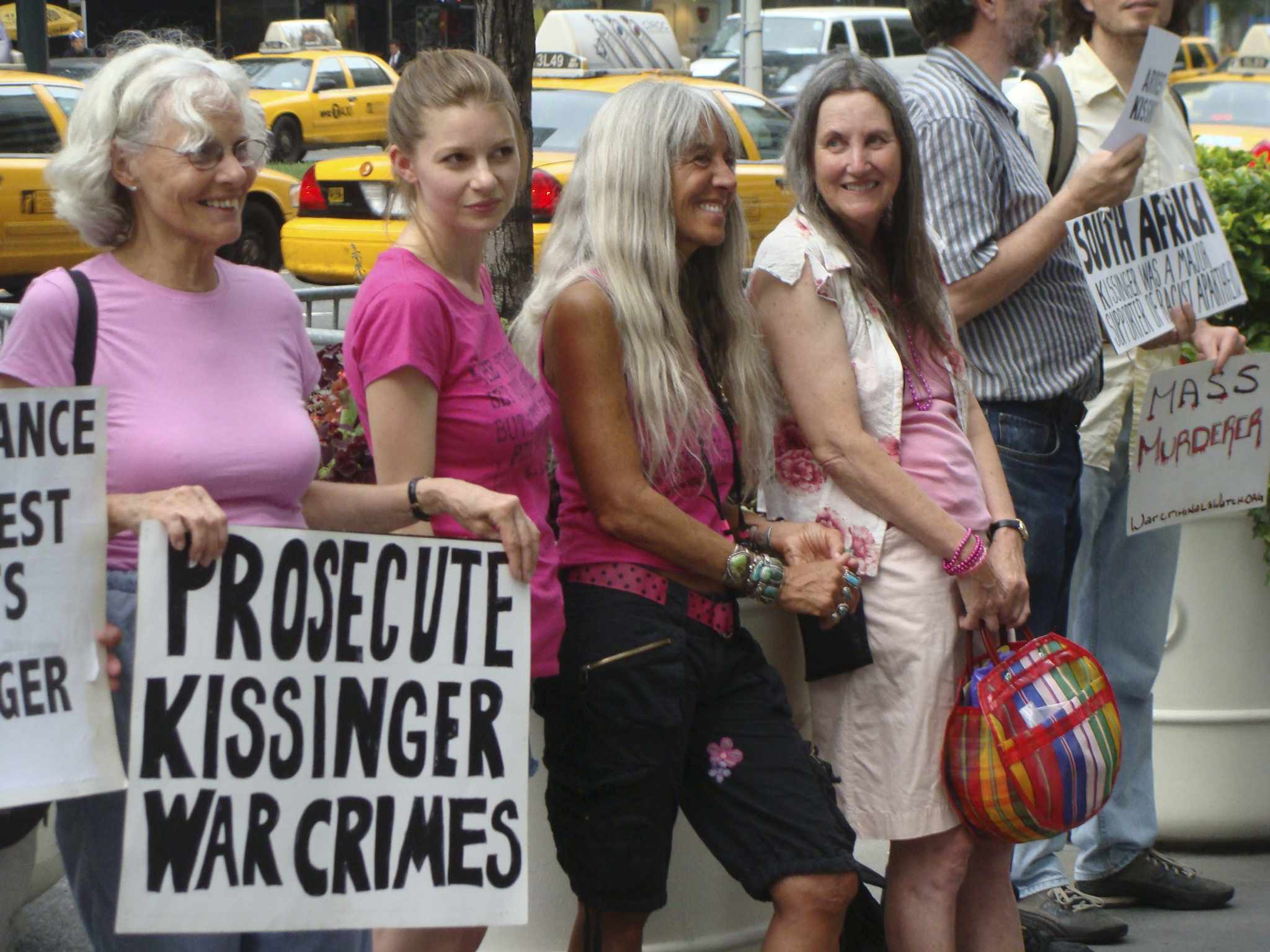 Groups at the protest  included members of the East Timor and Indonesia Action Network, known as ETAN and CODEPINK Women for Peace.

Finally, reports show that Ehud Olmert and Tzipi Livni may face war crimes charges in Norway in their role in the Gaza offensive.