This week while we were in the halls of Congress demanding accountability with 10 grieving mothers who have lost their children at the hands of the police, the summary of the Torture Report was released to the public. The parallels between the two issues are crystal clear: People who commit criminal acts must be punished.

Accountability is critical for the functioning of a democracy. In the case of torture, those who planned, coordinated, ordered and carried out these horrific acts - such as the waterboarding of one person 183 times - must be punished. That should start with the head of the CIA, John Brennan, who was high up in the CIA when the torture happened, tried to obstruct the release of the report, and is using his position to justify torture.

Accountability for police brutality was the message our mothers’ delegation in DC took to the halls of Congress, the Department of Justice, and White House offices. Thanks so much to each one of you who showed support through letters and donations for these heroic mothers; they felt your love. They touched the hearts of people throughout the nation with their stories, their tears, their fierce determination. The mothers received tons of press coverage –– see the pics here. 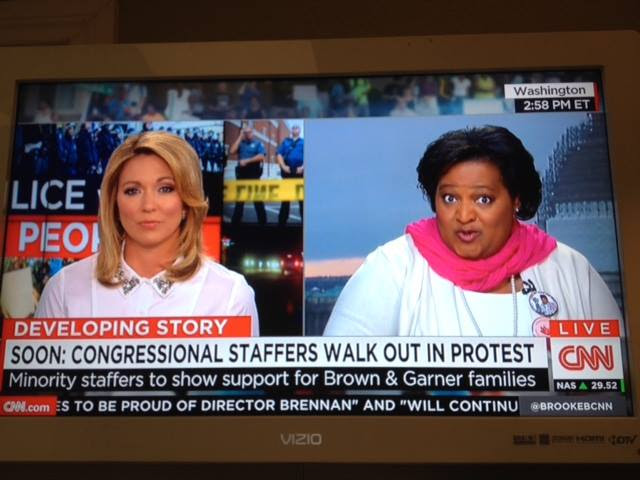 From the high-ranking officials who authorized and carried out torture to the trigger happy cops who kill people in our streets with impunity, there NEEDS to be accountability and justice in order for any healing to occur. A police officer said it this week in the Washington Post.

Join us as we call for the prosecution of the torturers, the release of the whistleblower John Kiriakou who is in jail for telling the truth while the torturers go free, and an end to impunity for killer cops. Only justice can lead to real peace.