The U.N. just confirmed what we already knew 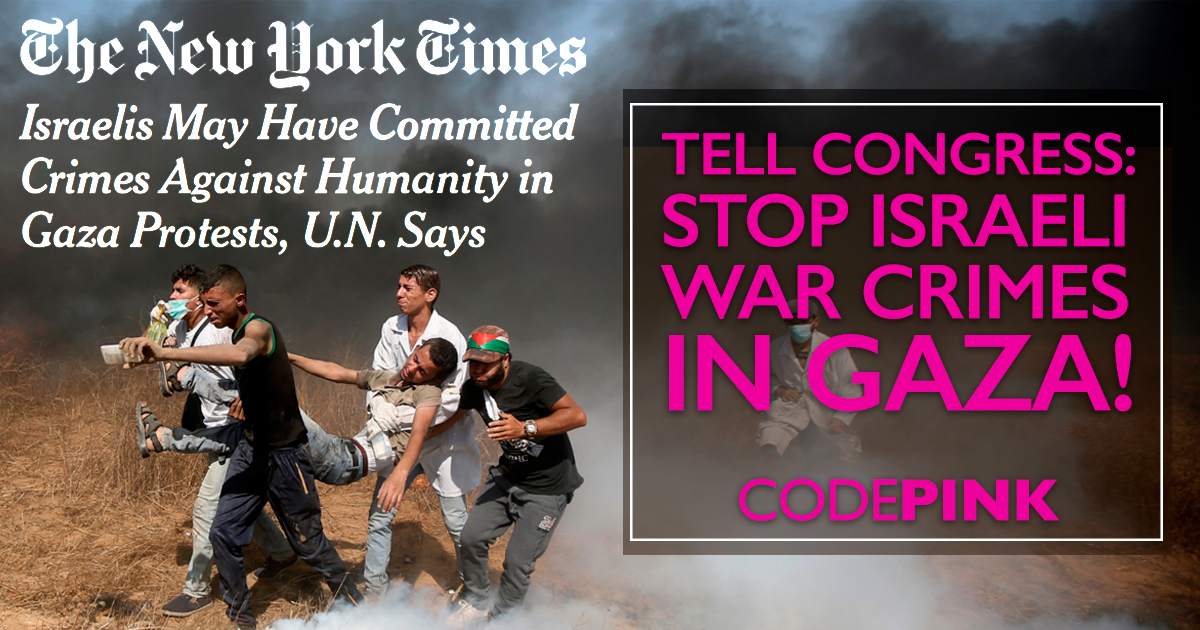 Razan Najjar was a member of the Palestinian Medical Relief Society. She was wearing white paramedic vest and standing with other paramedic volunteers when an Israeli sniper shot her in the chest on June 1, 2018. Yasser Murtaja was wearing a bulletproof vest with the words PRESS across the front when Israeli snipers killed him in cold blood with a bullet to the abdomen.

Yesterday, UN Human Rights investigators confirmed what we have known all along: the Israeli army is responsible for war crimes in Gaza against protestors involved in the Great March of Return. Join us in calling on members of Congress to denounce the lethal violence by the Israeli military and to have their foreign policy staff meet with Ahmed Abu Artema, one of the initiators of the Great Return March, when he is in Washington, DC.

The UN commission of inquiry has reported that between March 30, 2018, and December 31, 2018, Israeli security forces knowingly killed 189 Palestinians and injured more than 9,000 others. Despite Israeli propaganda, the investigation found that those killed posed no threat when they were shot. Under international law, the intentional targeting of protected groups, including medical workers, journalists, children and persons with disabilities, is a war crime. Yet, this is exactly what the Israeli military has been doing in Gaza.

Palestinians in Gaza have been living under blockade for over a decade with increasingly dire consequences. Unemployment rates are over 40 percent and 80 percent of the population depends on international assistance to survive. In 2015 the United Nations warned that Gaza could be unlivable by 2020 without change, and that date is quickly approaching.

The demands of the Great Return March are simple: end the blockade of Gaza and afford Palestinian refugees the basic right to return to their homes. For a year the world has watched in horror at the deadly violence the Israeli military has wielded against Palestinian protests demanding their rights. We must speak out in support of those in Gaza who are demanding their rights. In light of the facts in the UN report, Congress must hold Israel accountable. Tell Congress to denounce Israeli human rights violations in Gaza and to learn from the organizers of the Great Return March why Palestinians are risking their lives to demand their rights. 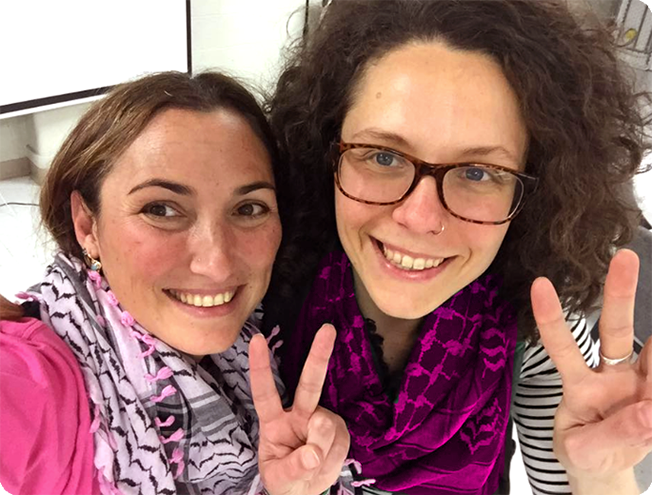