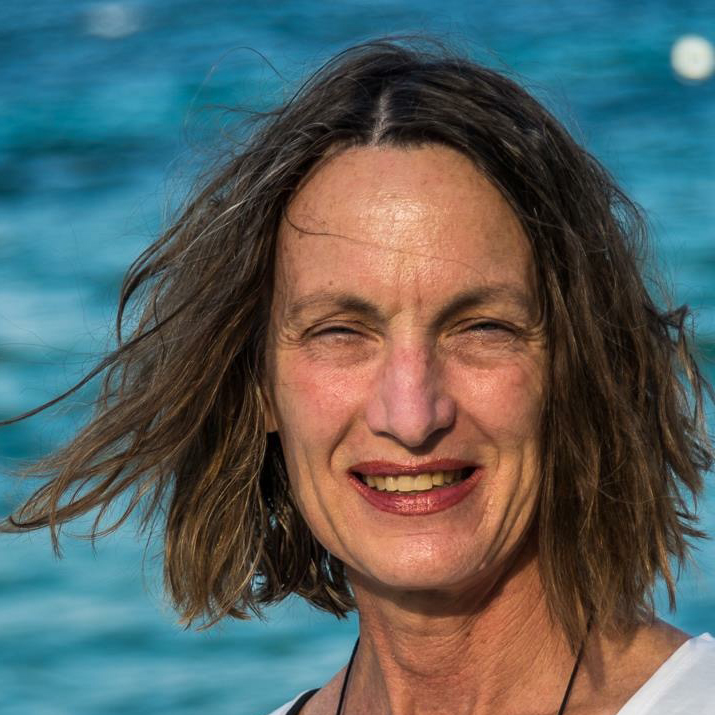 Teri is our Latin America Coordinator.

Introduced to Mesoamerican Anthropology and Archaeology in the sixth grade, Teri's lifelong passion for Latin America has inspired 35 years of travel throughout the region. The last few years include organizing and/or participating on political and social justice delegations to: Cuba, Ecuador, Guatemala, Haiti (April '16)*, Honduras, Mexico, Nicaragua and Venezuela (June ‘13, July '15, Dec. '15, May '16, Oct. '16, Mar. ‘18, May ‘18, Mar. ‘19)*

Teri recently returned from a March Anti-Sanctions delegation and 3-month visit to Venezuela to accept a position with CODEPINK as Latin America Coordinator. Teri is also a founder and coordinator for The Campaign to End US and Canada Sanctions against Venezuela.

Born in Burlington, VT and raised in San Jose, California, Teri's small business management background culminated in 2014 with the sale of the five-room bed and breakfast inn she owned and operated in the Point Reyes National Seashore (Marin County, California) for over 16 years. Her years in small business were a testament to navigating and surviving a banking system favorable to large corporations and not small, privately owned establishments. Daily operations were dependent upon a Spanish-speaking workforce for which she financed ESL courses, mentored female employees, successfully advocated for the legal residency of one co-worker's spouse and assisted another co-worker in obtaining citizenship. Teri's political activism, beginning in the 1980s, includes a variety of roles serving to promote and elect progressive political candidates on the state and local government level throughout California.