Ted Cruz and Axis of Diplomacy 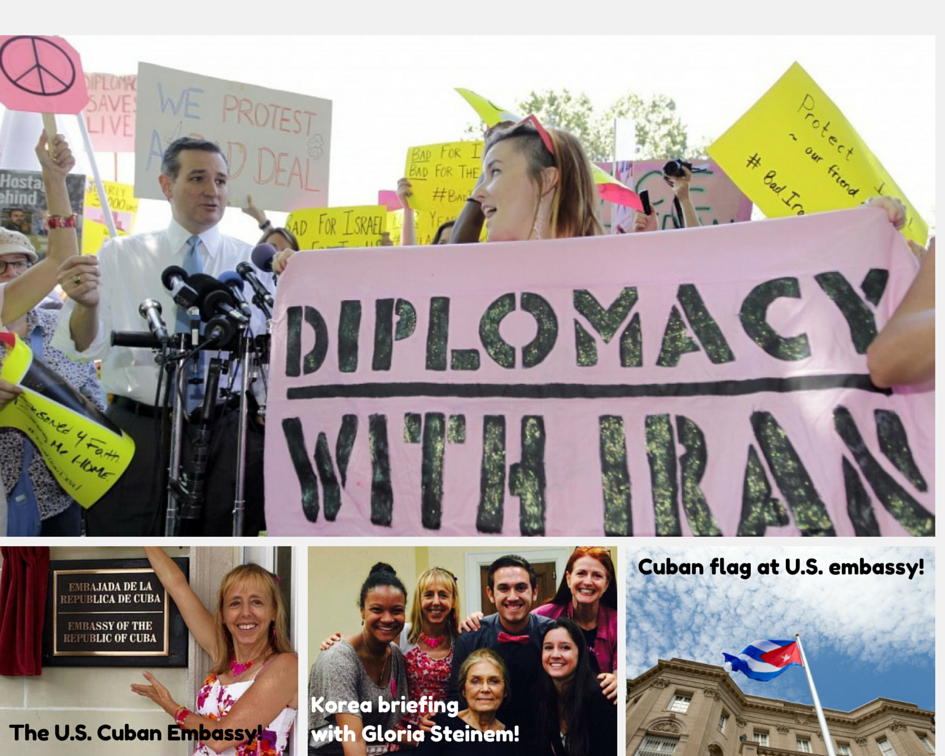 What. A. Week. Whew! CODEPINK has been in action non-stop. Remember George Bush’s axis of evil? We’ve been pushing an axis of diplomacy: Cuba, Iran, North Korea.

When we disrupted Ted Cruz, he invited Medea to debate him. He made some erroneous points, like the one that Roll Call pointed out!

Congress must vote on the nuclear deal in 60 days, so we have no time to waste. CODEPINK will be pushing for the deal everywhere we can--in Congress, town hall meetings, congressional home offices, presidential candidate forums, press conferences.

But we can’t do it without your help. AIPAC is putting millions into the opposition. So are a group of billionaires. If you love the work we do and want to see us thrive, please consider making a donation right now. With your help, we can continue to hold those in power accountable, and make them to choose diplomacy over military action.

With your help, we can stop the next war now, but we can’t do it without you.

🛑 Tell the Biden admin: no new U.S. military base at Okinawa!