Tax Day is the perfect way to... 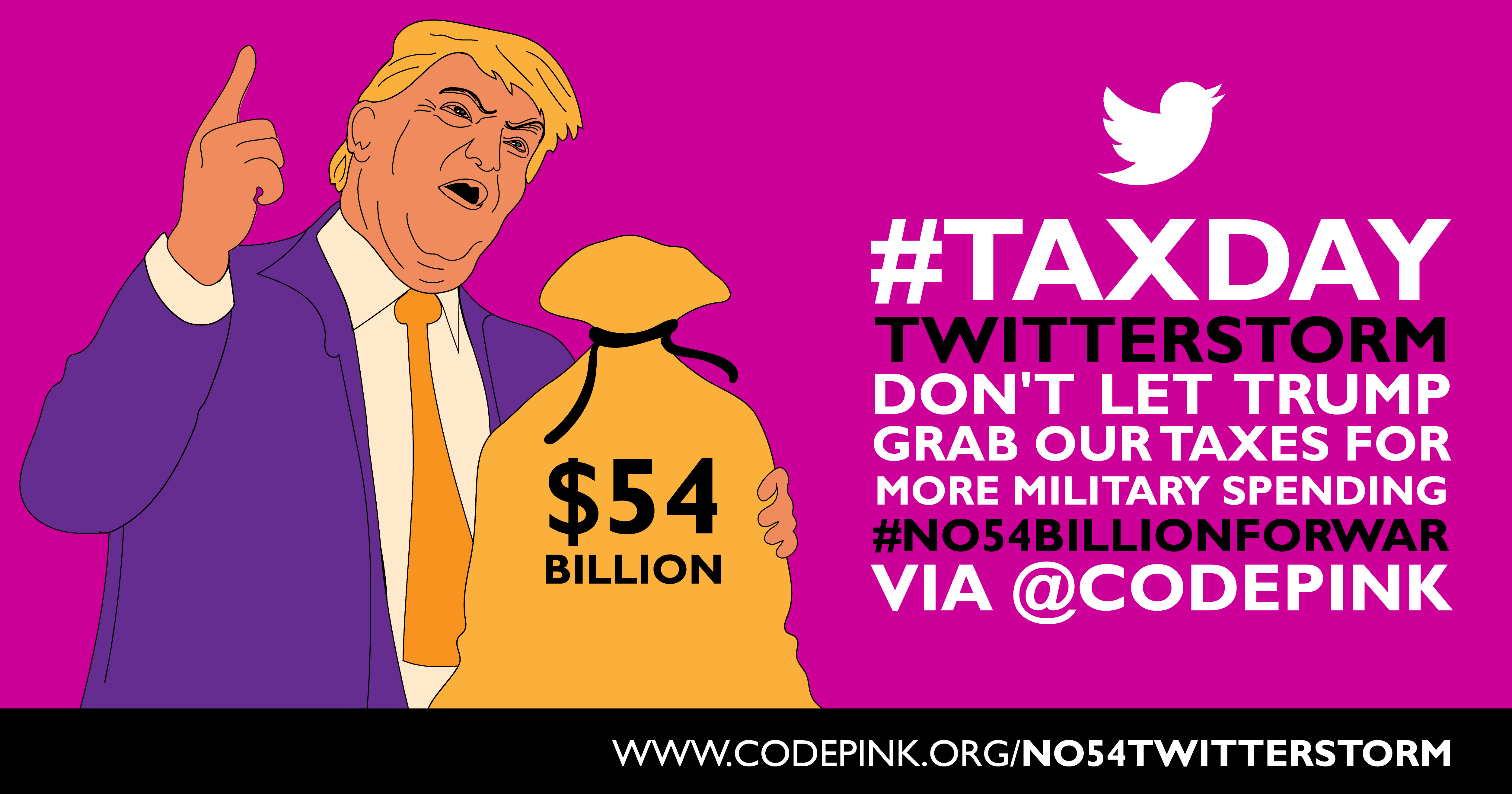 Join us today on Tax Day to say "Spending 60% of our tax $ on weapons, war and death is insanity!" Tell your member of Congress to stand strong against Trump's proposed $54 billion increase. Our war spending has been stimulating terrorism globally while destroying life, communities and the planet. The U.S. military just dropped hundreds of millions in bombs last week to destroy more lives without a plan for sustainable peace. And associating the name of "Mother" with a massive bomb is obscene. Mothers bring life, not destruction, and our tax dollars should support life, not destruction.

Tweet at your members of Congress that they should oppose Trump’s $54 billion increase in military spending. You have six more days while the Congressional break lasts to deliver our petition to your member at their office or town hall. Take it even further; reach out to Mariana, and she can assist you.

The U.S. budget already allocates over 1 trillion dollars to the Pentagonand other related military spending. Now Trump wants to increase that by $54 billion! This increase will come at the expense of protections for our planet, education for our children, and humanitarian aid for those in need. Rather than feeding the hungry, more of our tax dollars will be used to create more refugees and escalate regional tensions that could lead to nuclear obliteration. From North Korea to Syria, to Afghanistan, both Trump and the media are beating the drums of war.

This means that our resistance must be even stronger! Join the Tax Day #No54BillionForWar Twitterstorm to tell Congress not to increase military spending. Then arrange to meet with your members of Congress while they are in their home districts to tell them that the people don't want a war economy. Contact Mariana to plan your #No54ForWar petition delivery meeting.

This tax day we will raise our voices to have our money spent on life and peace rather than war and destruction.

P.S. Next Tuesday, April 25: We will host a webinar on how to get your city to pass a resolution opposing Trump’s $54 billion increase in military spending. Contact Mariana for information on how to join the webinar.