EXECUTIVE DIRECTOR AT THE  SCHUMACHER CENTER FOR A NEW ECONOMICS 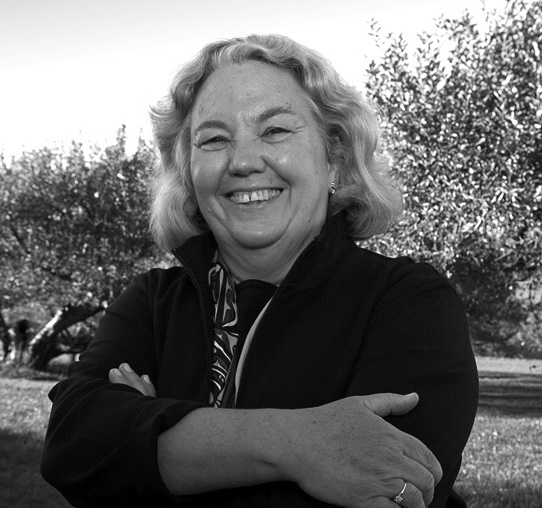 How do you personally define the “Local Peace Economy?”

Economics is nothing more than human ingenuity organizing human labor to transform the natural world into new products for use by others.  It’s that simple—that noble, really. This system can be degrading to people, land, and culture, or it can enhance and dignify.

Earth, air, fire (the minerals), and water—our common inheritance—are the basis of economic activity but are not themselves commodities, or at least should not be.  An imbalance occurs in the economy when those who control access to the commons can, and do, profit at the expense of the needs of all.

Money is an elegant tool for communities to determine the nature, conditions, and amount of production needed in their regions.  The centralization of monetary issue, however, disassociates money from actual production, abstracting its value and fostering trade in money itself, benefitting those who can afford to speculate. By democratizing currency issue, communities can regain a powerful means for economic self-determination tied to generation of real wealth rather than speculative wealth.

It is common to talk of hiring labor, yet in reality it is not labor that is bought and sold in the economy but rather the products of labor.  When workers become owners of the means of production, they are recognized in their actual role as the co-creators of new products needed by others, not as hourly wage earners.

When these relationships are set right: when labor is again dignified; when land is seen as a common resource for us to steward and use wisely as a basis for production for future generations; when money is seen as a tool for financing new products rather than as a commodity in and of itself; when the scale of these institutions is tied to a particular community of place promoting face-to-face transactions and responsibility in our economic lives, then we have the basis of a healthy regional economy. A healthy regional economy is intimately tied to a healthy regional ecology, a thriving regional culture, a diverse and independent regional society.

When independent regional economies around the world join together in trade, neither exploiting nor being exploited, then we have the basis for an economy of peace.

What prompted you to make moves away from the war economy?

As a student of literature I was immersed in the stories of heroes of old.   A small inheritance gave me two years to explore what constituted modern heroic activity.  What were the challenges of our age? Who was addressing these challenges and how?

I realized that the spiritual task given to America in this age was to shape a responsible economic system—one that built bridges, not conflict, between people; one that worked with eco-systems, not against them.  Americans move most confidently and freely in the economic realm by creating new products, innovating new structures, marketing in new forms, making mistakes and correcting them.  I believed that it was America's task to "get it right."

The challenges faced by those trying to build responsible economies were similar to the trials faced by those heroes in the literature of the past—the trials of greed, of distraction, of despair, of power, of the wasteland.  It would take vision, resolve, courage, creativity, and compassion to meet the task they set themselves.

I began volunteering for groups working with the economic in a new way.  When I heard a radio address about the British economist E. F. Schumacher, author of Small Is Beautiful: Economics as If People Mattered, I joined with a group of his U.S. friends dedicated to placing his ideas into practice.

Out of that effort grew the Schumacher Center for a New Economics.  I later met Jane Jacobs, whose powerful intellect and deep understanding of economic life in all its marvelous manifestations had a profound influence on my own approach to my work.

What are some of the key first steps you took to create your vision?

In 1981 the Schumacher Center started a micro-loan program in the Berkshires that connected local investors directly with local enterprises meeting social and ecological criteria.  The loan program was known as the Self-Help Association for a Regional Economy or SHARE.  Out of the SHARE initiative emerged the first Community Supported Agriculture (CSA) farm at Indian Line Farm, in which consumers share the risk of yearly operating costs with the farmers.  From that grew Deli Dollars and Berkshire Farm Preserve Notes, self-financing techniques for local businesses.

BerkShares local currency was formed in 2006 with participation from three community banks.  Over seven million BerkShares have gone out from the banks since launch, circulating through the over 400 BerkShare businesses and differentiating them from corporate chains.  BerkShares is planning a future loan program in local currency.

As a founder and leaseholder of the Community Land Trust in the Southern Berkshires, I realize from direct experience that I do not need to own the land to have secure tenure and private ownership of my home.  The Community Land Trust also owns the land at Indian Line Farm, an 18-unit local housing site known as Forest Row, and the orchard that is adjacent to the Schumacher Center's Library building. The Community Land Trust is building the regional commons site by site, providing a way for citizens of the Berkshires to plan and hold land for needed community economic purposes.

The Schumacher Center is collaborating with other organizations, government officials, and engaged citizens in an initiative called "Community  Supported Industry."  CSI is taking a new approach to community economic development by linking retired professionals with emerging entrepreneurs to share the risk in creating import-replacement businesses appropriate for the region.  It will combine multiple approaches, multiple skills, multiple resources in an effort to build a resilient regional economy where people and eco-system matter.

What is your message to those endeavoring to become a part of the peace economy?

At its heart, this building of a new peace economy is at the same time a spiritual task, an environmental necessity, and a humanitarian mission. It will require a collaboration of individuals and cultural organizations working together to succeed. Its sign of success will be the renewal of local economies and local communities around the world. Both our own village and the Earth are our home and responsibility.

Favorite way to participate in the Peace Economy, that can be easily implemented in a daily routine?

Spending our region's own currency at our independent local businesses.

Imagining new products that we can make in the Berkshires and convening a team that can make that production a reality.

Placing land in the commons through the Community Land Trust.

In September of 2016 the Schumacher Center is launching Schumacher College for New Economists, a nine-month residency program.  After two months of course work at the Schumacher Center's Library in the Berkshires, the whole class of 25 students will go "on the road."  They will be embedded for three to five days with groups around the country and in England that are working to shape a new economy.

Applications are now open at:

Preference will be given to students supported by their communities and intending to return to their region to share the tools, skills, and resources gained over the year of training.  To recommend an applicant or provide funding for a "community supported scholar" contact [email protected]