We believe Trump is a grave threat to democracy, freedom, human rights, equality, and the welfare of our country and all our people.

We have witnessed Trump inciting hatred against Muslims, immigrants, women, the disabled. We have seen him evidencing dangerous tendencies that threaten the bedrock of democracy: unleashing a lynch mob mentality against protestors, calling for the expulsion of Muslims from the country, bullying, and fear-mongering.

History has shown us what happens when people refuse to stand against hate-filled leaders.

We pledge ourselves to speak out in every way possible against the politics of hate and exclusion he represents. 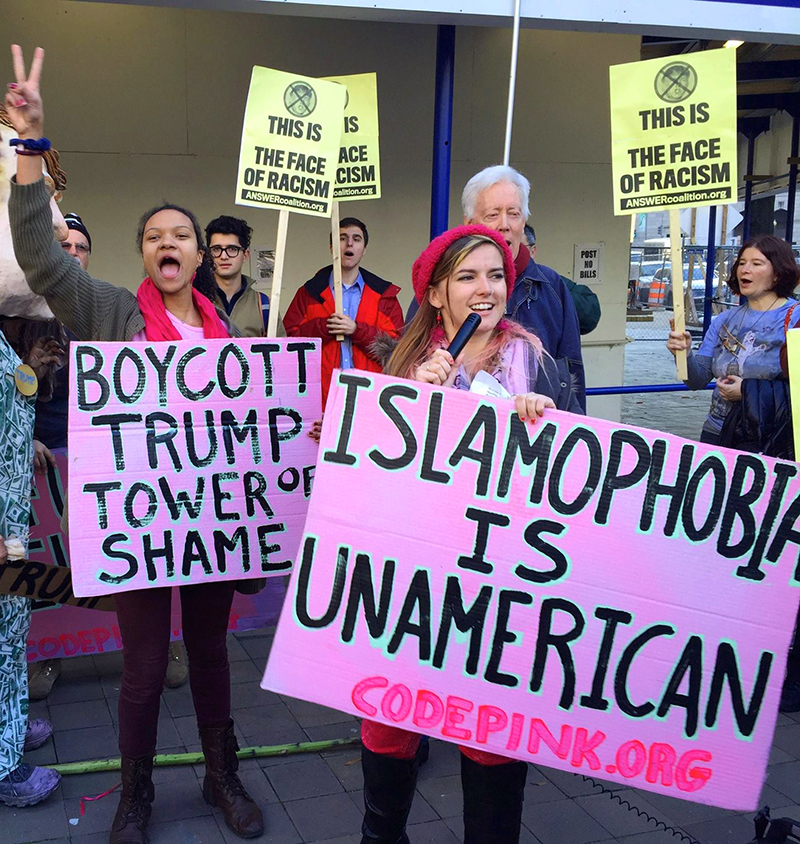