SMoC: Who Says Kansas Is Flat? 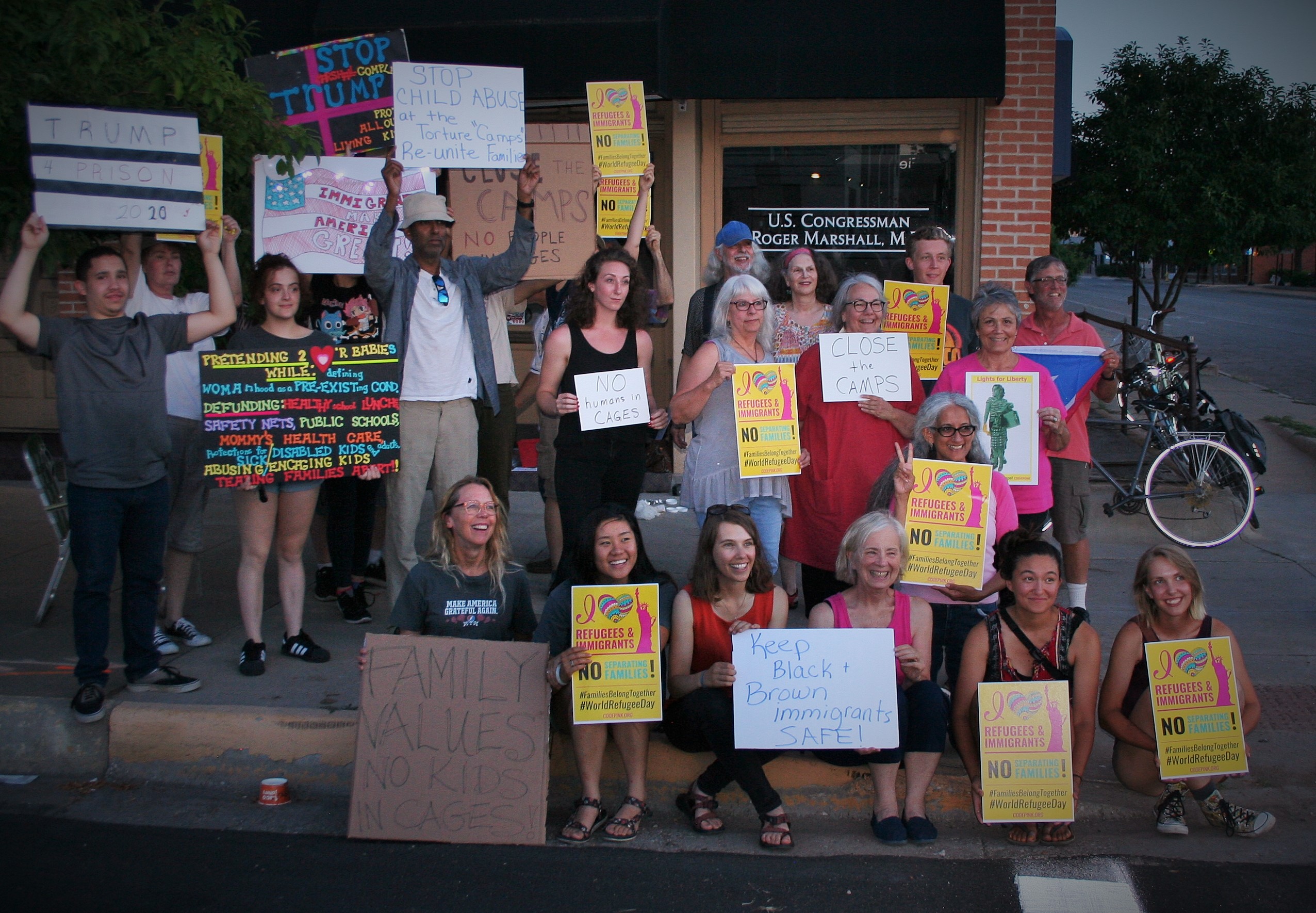 The Sidewalk Museum of Congress (SMoC) located outside 1st District Rep. Roger Marshall’s office at 200 E. Iron Ave., Salina, KS, 67401 is an anti-status-quo palette of dissent against the status quo of establishment politics and its allied mainstream media, and of elite museum spaces. This resistance space has every color and no logo. SMoC is the palette, the media, the planter, and the engaging (or not) audience harvester.

SMoC plants justice in opposition to arrogant white exceptionalism; and to the hypocrisy of ag-man Roger Marshall when it comes to the rights of meat packing plants and the market vs the rights of the meat packers who work in them, and other farmworkers.

It plants justice to the Representative’s vomit-inducing tweets such as "Another victory for the @realDonaldTrump administration and our increasing border security!”

It plants food justice through “discomfort food” and Crystal’s recipe design for American Pie inspired by her question “But what is America?”

SMoC plants justice for the victims of U.S. domestic and foreign policies via songs like “Livin' in the Wasteland of the Free” by Iris DeMent, as played by Alex and Isaiah; and via Angela's chalked-pink words “NO PEOPLE IN CAGES,” reinforced in blue a few days later by Abbi.

It plants justice for the American citizens of Puerto Rico who still haven't recovered from superpower neglect after Hurricane Maria; and for the thousands of Hondurans, Guatemalans, Salvadorans and Nicaraguans who are fleeing to the U.S. from the ravages of decades of U.S. coups, intervention, CIA-backed death squads, economic policies, all of which have rendered their countries unlivable.

It plants the names of refugees like 21-year-old Alejandro Gomez Vasquez and 34-year-old Edyn Castro whose remains were found in Pima, Arizona. They are just two of thousands who have died in the deadly Sonoran Desert while trying to seek asylum in the U.S.

It plants justice for disoriented families, scattering from the roar and shadows of helicopters that are part of the U.S. border patrol’s inhumane Prevention Through Deterrence tactics; running in the night from rattlesnakes, from jumping chollas; running, holding non-reflecting black water bottles.

It plants justice for asylum-seekers through Piyush's hand-written words and his "discomfort drink" Toppled Water Glasses:

…The cruel and dehumanizing mindset of border patrol agents come to light when we hear that they are toppling water jugs left by human angels to help migrants cross the Sonoran Desert…The toppled water glasses I arranged in front of Roger Marshall’s office while we sat in the sun to talk about what’s happening on the border with people walking across was meant to showcase the supposedly ‘Tireless’ work border patrol agents are doing.

It plants justice for the people of Flint, Michigan. Still. Through John’s spoken-word:

Please go here to see the full photo-essay version of SMoC: Who Says Kansas Is Flat.