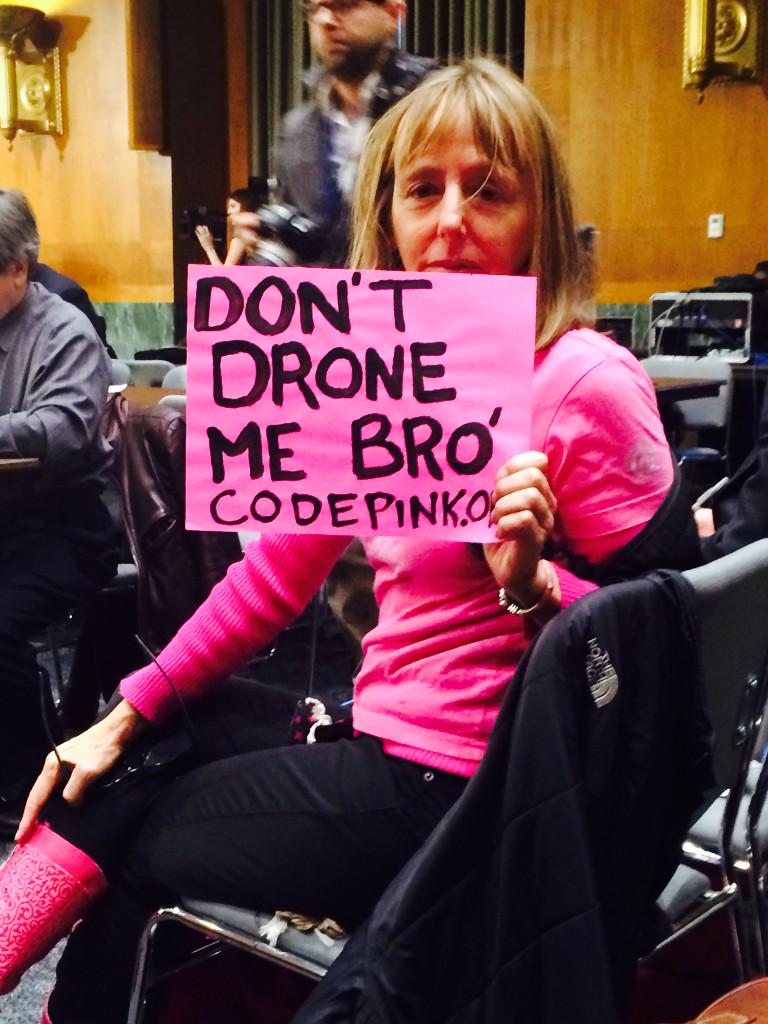 Join CODEPINK at Creech Air Force Base, Indian Springs, Nevada, for a national mobilization of nonviolent resistance to shut down killer drone operations in Afghanistan, Pakistan,Yemen, Somalia, and everywhere.

In 2005, Creech Air Force Base secretly became the first U.S. base in the country to carry out illegal, remotely controlled assassinations using the MQ-1 Predator drones, and in 2006, the more advanced Reaper drones were added to its arsenal.Sponsored by CODEPINK: Women for Peace, Nevada Desert Experience (NDE), Veterans For Peace (VFP), Women’s International League for Peace and Freedom (WILPF), Voices for Creative Nonviolence (VCNV) and others.

Donate to bring CODEPINKers to Nevada to #ShutDown militarism!