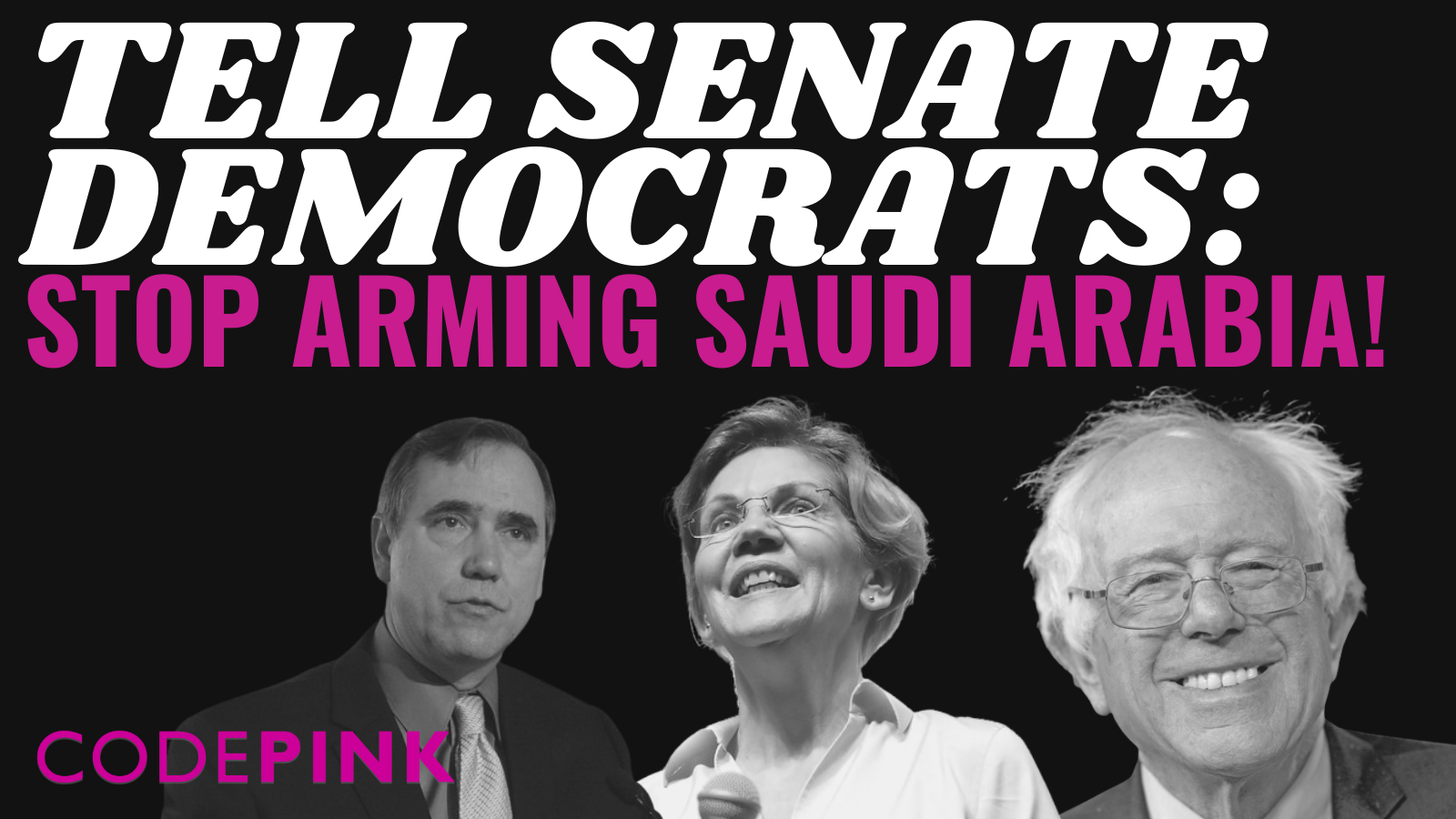 Senator Rand Paul introduced a resolution to block the newest sale of $650 million in Raytheon missiles to Saudi Arabia. For the past few weeks, Saudi Arabia has continued its bombings on Yemen's capital city of Sana'a. These attacks targeted residential areas and even Sanaa's airport that is currently being used by the United Nations. Tell the Democrats in the Senate to cosponsor the resolution of disapproval!

In November the Biden Administration announced a new arms deal to Saudi Arabia totaling up to $650 million in middle range missiles. U.S. made weapons sold to Saudi Arabia continue to be used against the people of Yemen. Just over the last few weeks, Saudi Arabia has continued aerial assaults on Yemen's capital city of Sana'a. Residential neighborhoods have been targeted as well as the airport that is used by the United Nations. On top of the bombardment, Saudi Arabia has kept in place a suffocating blockade that is starving a Yemeni child every 75 seconds.

Senator Paul has introduced a joint resolution of disapproval to block this sale. We are asking that you cosponsor and vote in support of this resolution.

If the resolution of disapproval is passed it would not be the first time Congress has used their powers to attempt to block a weapons sale. In 2019 Congress passed a resolution of disapproval to block weapons to the UAE, which was essentially a vote against arming the Yemen war. Congress also voted to end U.S. participation in Yemen by passing a War Powers Resolution. President Biden has said he is in support of ending U.S. support for the war, but almost a year since he has taken office, the United States has continued to support Saudi Arabia in various ways. The United States still allows contractors to assist the Saudi Royal Air Force. The flow in weapons to Saudi Arabia has not changed, as Biden has approved over a billion dollars in weapons sales to the Kingdom in the last few months.

We request that you do everything in your power to block this arms sale when the joint resolution of disapproval comes to a vote.