Tell your senators to support S.Res.73! 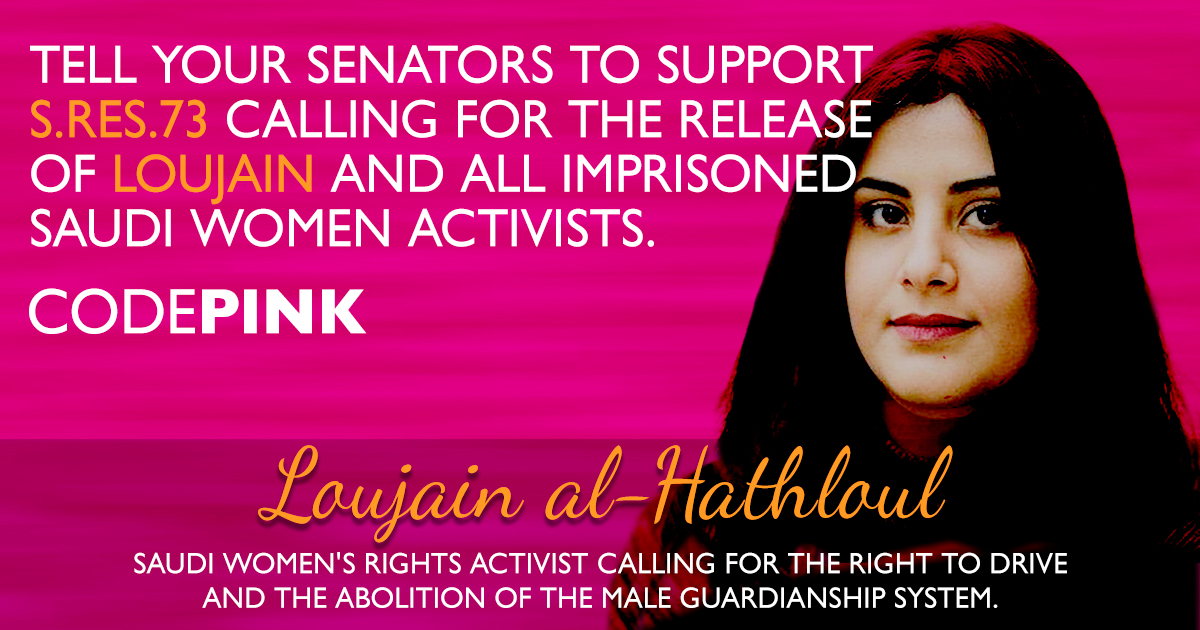 Since March of 2018 Saudi women's rights activist Loujain al-Hathloul and others have been languishing in prison, enduring horrific conditions--beatings, waterboarding, electroshock, sexual assault. Last week, Saudi Arabia finally made Loujain an offer to be released, but it required her to video a statement denying reports she was tortured in custody. She tore the contract up!

Fill out the form below to tell your Senators to add their names to Marco Rubio and Ben Cardin’s bi-partisan congressional resolution condemning the detention of Saudi women’s rights activists and demanding their immediate release.