Rise for an End to Violence Against Women 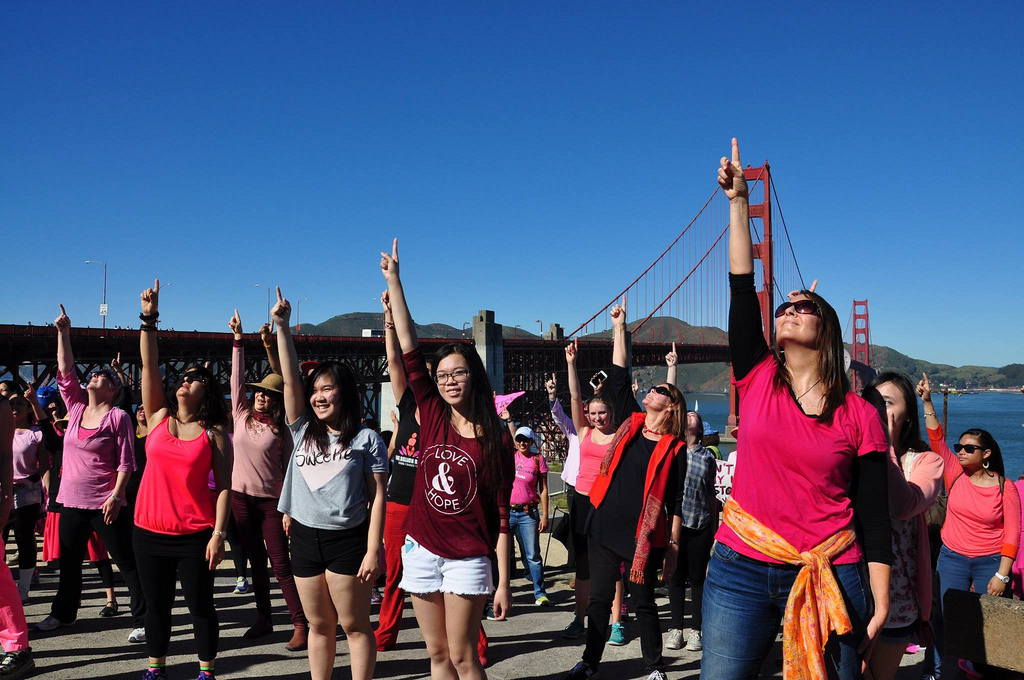 One Billion Rising is a global campaign to end violence against women and girls. Last year 250 countries participated and one billion people danced the flashmob dance and rallied for justice. Watch this to learn more and be inspired! CODEPINK is calling on women and men everywhere to LISTEN! ACT! RISE!! and join our sisters in action at these events throughout the country.

Los Angeles, CA - Flashmob and Community Rally
When: February 13th at 11am
Where: Sal Guarriello Veterans Memorial At the intersection of Holloway and Santa Monica Blvd.
What to expect: CODEPINK will join the City of West Hollywood’s annual program supporting the One Billion Rising Global movement and Women Manifest. Be inspired by a short community rally with speakers, performers and the FLASHMOB DANCE!

San Francisco, CA - 1 Vision! 1 Voice! 1 Victory!
When: February 13, 2016 from 7pm - 9:30pm
Where: Historic Sweet's Ballroom, 1933 Broadway Oakland, CA 94612
What to expect: Signature VDay event to end violence against women and girls, this year is focused on the resilience of women of color. Alicia Garza, founder of the Black Lives Matter movement, will be the keynote speaker along with high energy musical performances by MEDUSA, "the Angela Davis of hip-hop" and Skip the Needle, a rock band made up of the huge successful talent of Kofy Brown, Shelley Doty, Katie Colpitts, and the incomparable Vicki Randle. Additionally, there will be vocal and drumming workshops, art exhibits and local D.V. prevention organizations providing resources and support.

You can learn the Flash Mob dance by watching this link to learn the dance at home.