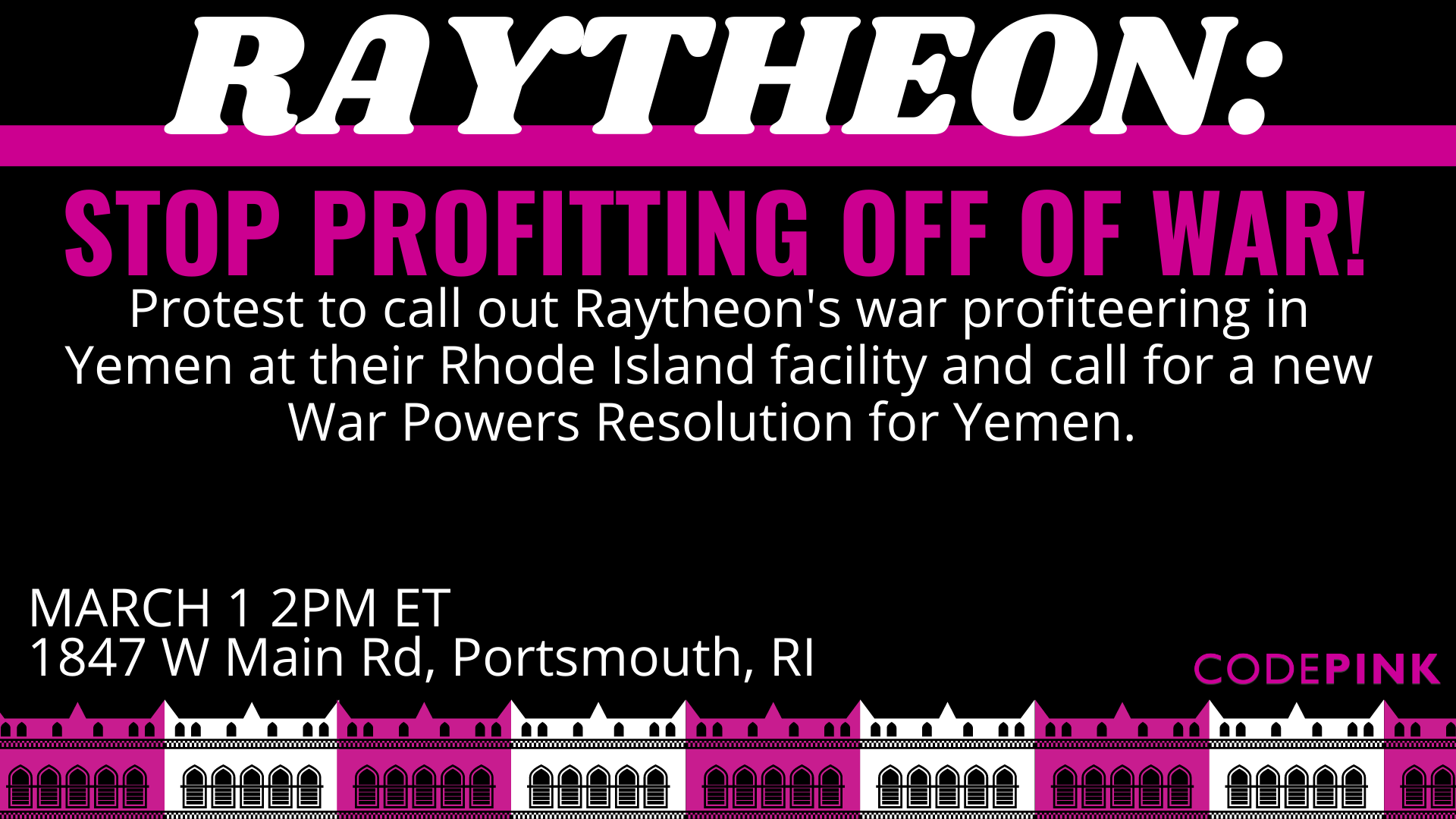 We will be rallying outside of Raytheon's facility in Portsmouth, Rhode Island! Bring signs calling for the end of the war on Yemen and deriding Raytheon's participation in the killing of Yemeni civilians! We will be asking our Congressman, particularly Congressman Cicilline, to co-sponsor a War Powers Resolution and speak out against the bombing and the blockade.