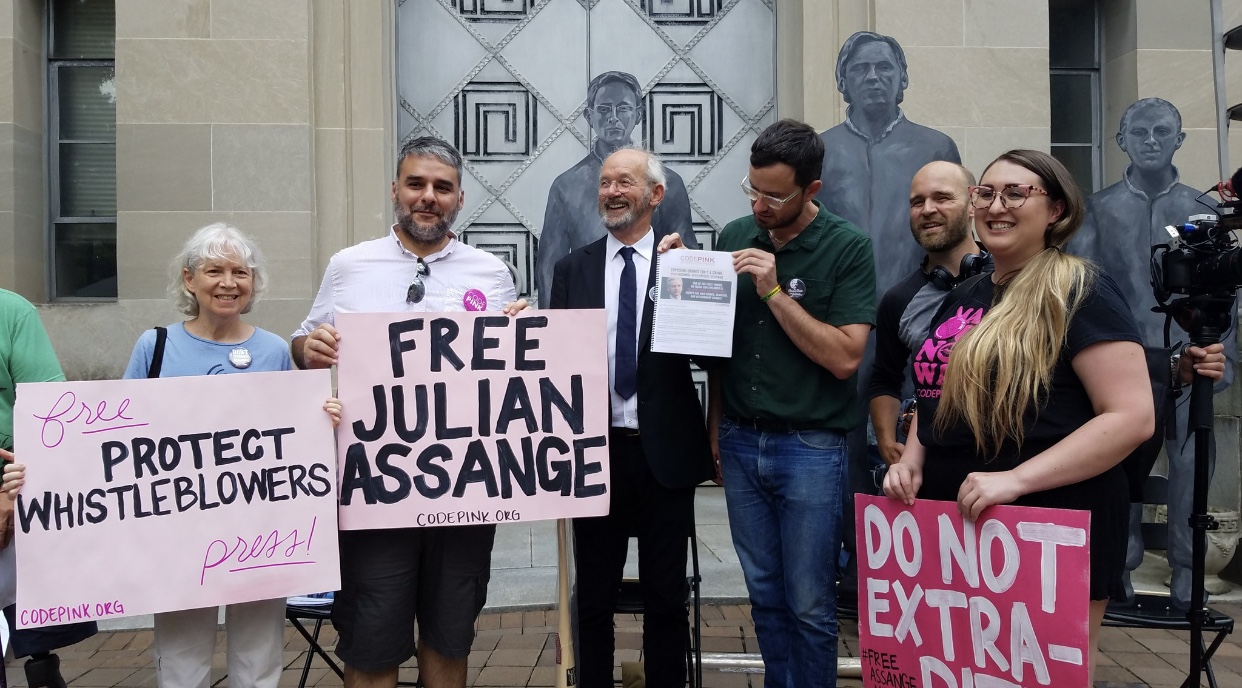 DC Action for Assange, a local chapter of the Assange Defense Network, will be holding a Rally for Press Freedom at the Edward R. Murrow Park followed by delivery of a Letter of Appreciation to the President of Mexico during his visit to Washington, DC.

President Lopez-Obrador announced that he intends to ask President Biden to direct the Department of Justice to suspend all prosecution of Julian Assange for publishing and withdraw the extradition request. Mr. Assange is in Belmarsh Prison in London. His attorneys have filed an appeal of the decision by the government of Prime Minister Johnson to accede to the extradition request. Assange Defense wishes to publicly thank President López Obrador.

From 12:00pm to 1:00pm, the group will be at the Edward R Murrow Park at 18th and Pennsylvania Streets. Then they will walk to 1900 Pennsylvania, the Mexican Embassy, to present the letter to President López Obrador.