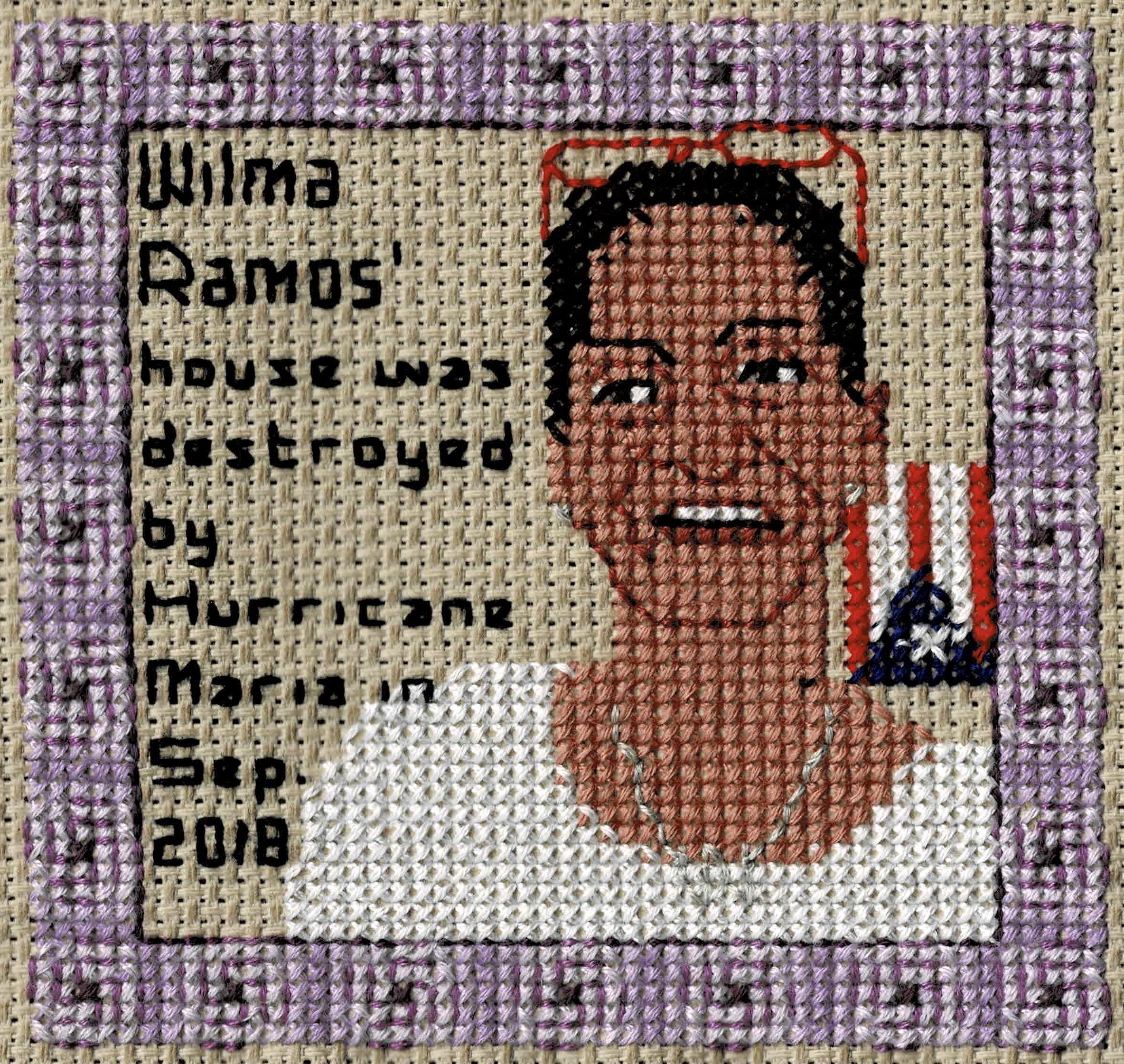 I am one of those who did not obtain help to fix the house. I am living in it because I am not the owner of the house I’ve been living in for six years, and without documents I could not obtain help to repair it. Staying here in these conditions is not easy. But since I have my daughter and grandson of four years here with me, living here and not in the street is worth gold. I hope my guardian angel arrives soon. — Wilma Miranda Ramos, part of a handwritten testimony, February 2019, Salinas, Puerto Rico.

It’s been almost three years since Hurricane Marie hit Puerto Rico and devastated it. Wilma was and still remains one of the thousands of Puerto Ricans whose homes were destroyed.

Today, as fires rage on in California, over 3,000 inmates are out there earning $1 an hour fighting it, many working 24-hour shifts, sustaining themselves on peanut butter and jelly sandwiches; farmers in Iowa are reeling from the long-term impacts of the freak August 10 derecho; the climate emergency is continuing to churn out more frequent and stronger hurricanes like Laura; and the DNC has “quietly dropped language calling for an end to fossil fuel subsidies and tax breaks from its party platform” according to HuffPost. 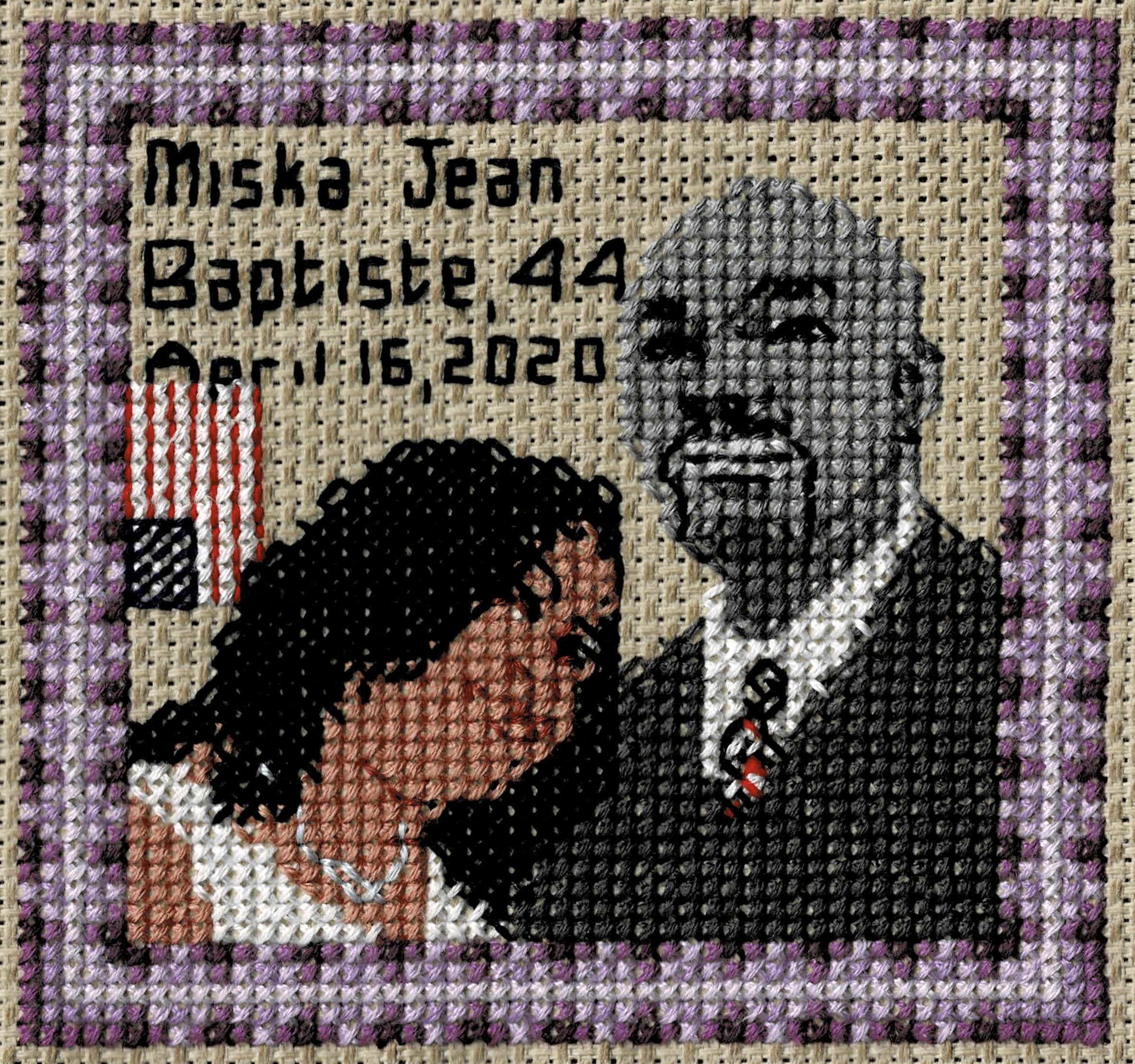 He was getting sick on Monday before he went to work… They take his temperature… and they give him ice cream. And I called him, I said, why they give you ice cream? He said, that’s what they do when they check you. And I said that’s not good. They try to chill you down so you can go work. And they’ve been doing it for four days straight. And he was so hot and I said you not going to work… He found out after he really get sick and then went to the ER. That’s when he found out he had the virus. — Jilna Jean Baptiste, widow of Miska Jean Baptiste, the Baltimore Sun, May 15.

It’s all well and good for Perdue Farms in Salisbury, Maryland to hang a sign outside their facility that says “thanks for feeding America during these challenging times” when it cares less about the workforce that keeps America fed. Why else would they stoop to the level of employing nauseating tactics like feeding fevered employees ice cream trying to cool down the symptoms of capitalism?

Meat processing plants like Perdue Farms where Miska Jean Baptiste, a native of Haiti worked have been hot spots for the pandemic. Across the country about 500,000 people work in meat and poultry packing and processing plants and many of them are Black and Hispanic. Perdue Farms kept Jean Baptiste on the line as an “essential worker”, laboring day after day despite not feeling well, until his keeping America fed with nonessential foods like unlimited meat and poultry finally took his life on April 16.

Just two days before Jilna Baptiste spoke to the Baltimore Sun about the circumstances surrounding her husband’s death, a 17-year-old Palestinian named Zaid Fadil Mohammad Qaisiya was shot in the head and killed by Israeli occupation forces in a refugee camp in Hebron.

And a month later on August 13, Trump made the announcement of an Israel-UAE agreement that set in motion the normalization of diplomatic ties between the two countries. In exchange, Israel agreed to halt efforts to annex territory in the occupied West Bank, which turned out to be a bogus affirmation since not only did Prime Minister Netanyahu not waste any time in declaring that annexation was "still on the table,” but that in actuality the Israeli government had already delayed its annexation move weeks before the agreement.

Biden described the US-brokered Israel-UAE deal as a historic step that “builds on the efforts of multiple administrations,” including the preceding Obama-Biden administration that made sure that Israel continues to annually receive the $3.8 billion in military aid. Kamala Harris for her part pledged that Israel will “always maintain its qualitative military edge” under a Biden-Harris administration. 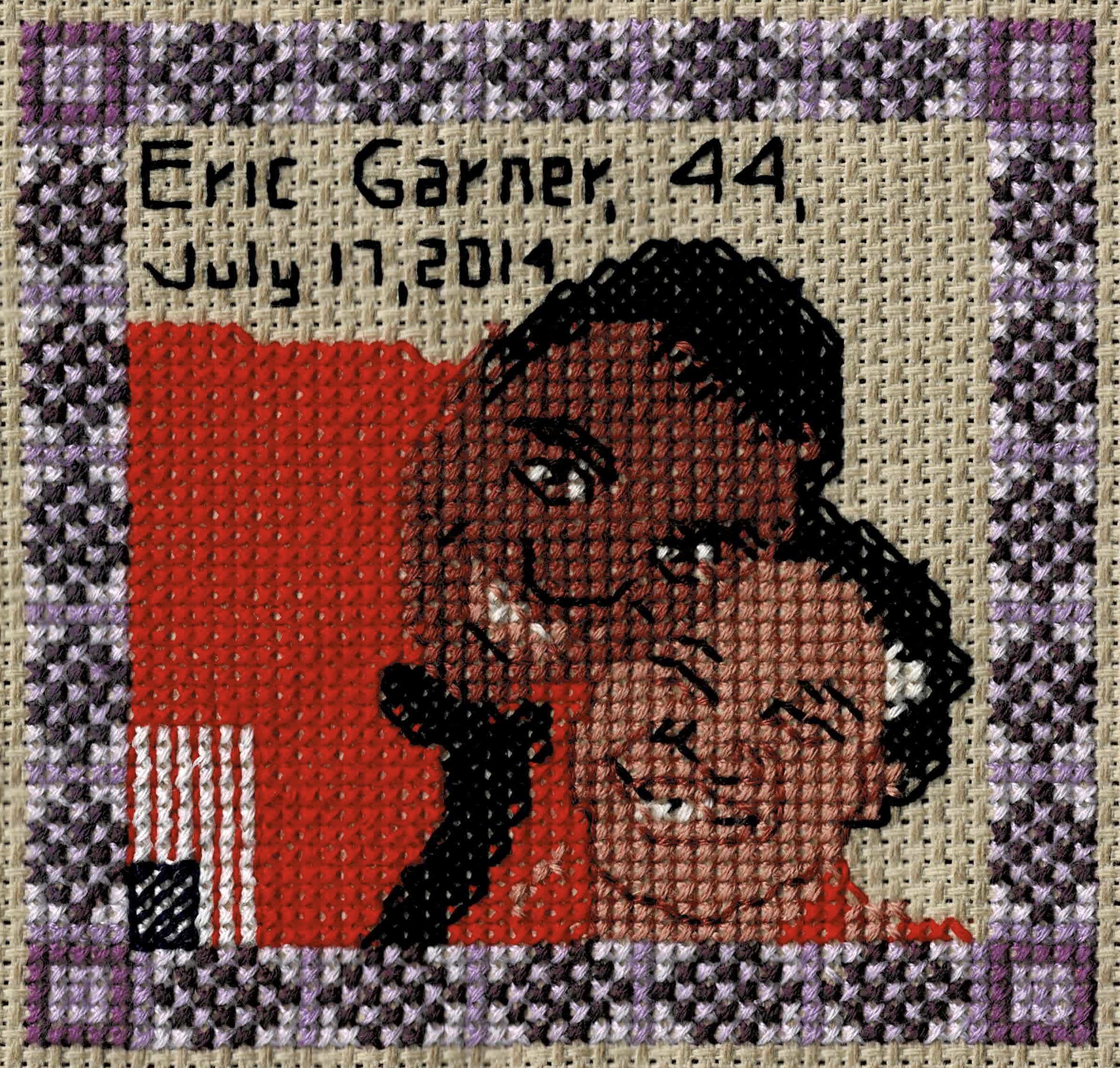 On August 28, on the anniversary of the 1963 March on Washington, Eric Garner’s son Eric Garner junior told us that “It’s been six years since my father’s words became our words… I’m challenging the young people to go out and vote. It’s possible for a change,” he said. As we all know, Eric Garner was choked to death by Daniel Pantaleo on July 17, 2014 for allegedly selling loose cigarettes. And we all also know Pantaleo hasn’t yet been indicted for it.

The August DNC rightly included a panel discussion on ending racism that featured Eric Garner’s mother Gwen Car. But we didn’t hear a single American Muslim voice in the lineup of speakers during the four-day convention, leave alone a discussion on ending Israeli apartheid that could’ve featured one of the many thousands of Palestinian mothers who have lost a son to the Occupation. 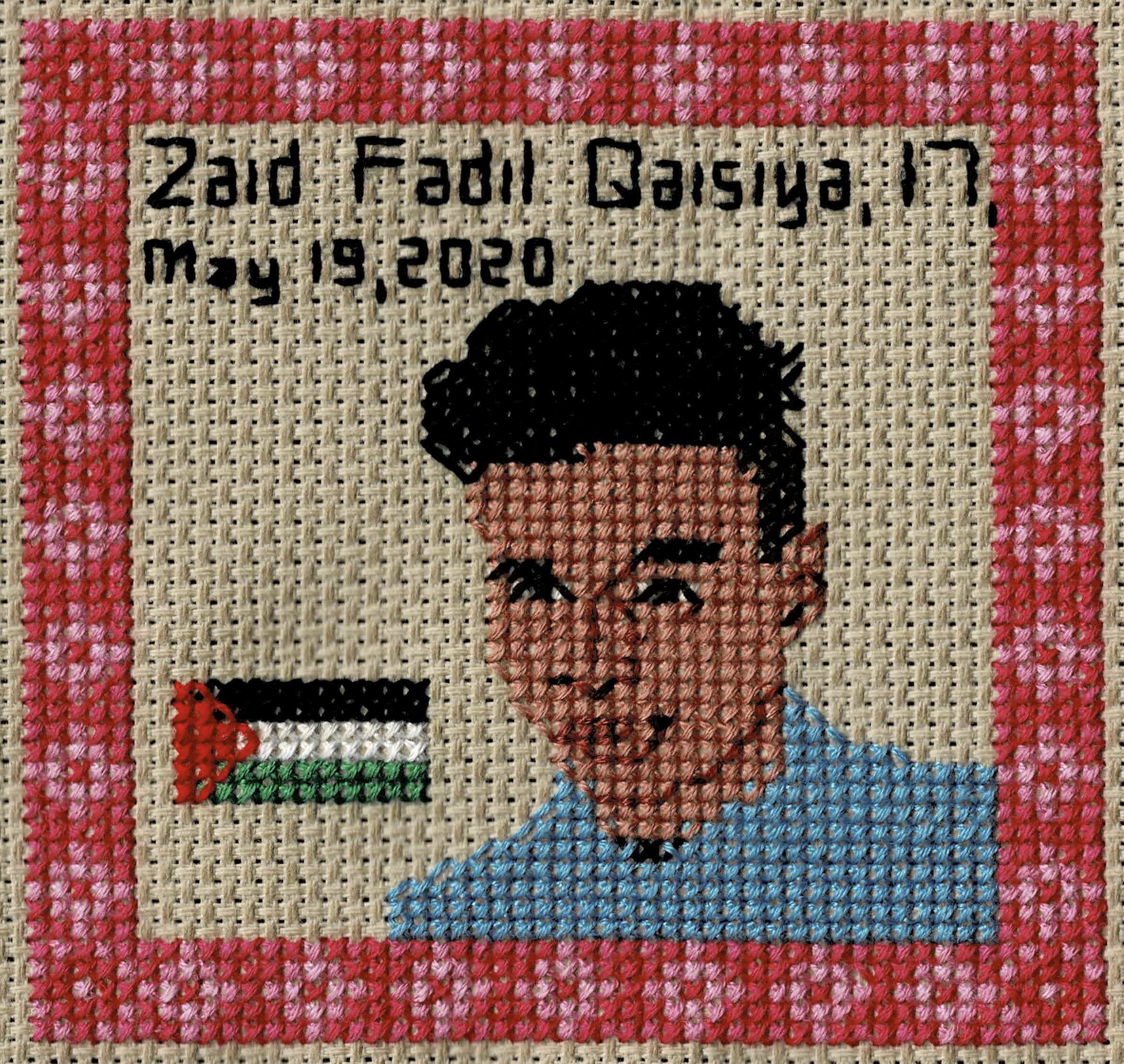 Both Jean Baptiste and Eric Garner were 44 when the state murdered them. One’s death was prolonged for keeping America fed and the other’s was taken away instantly in a chokehold for feeding America’s institutional racism. The state decided when and how these two American’s would die.

Biden’s line describing the Israel-UAE deal as a step building on the efforts of multiple administrations couldn’t be more true. But who are these efforts benefiting? Surely not the Wilmas, the Baptistes, the Qaisiyas and the Garners of this world. The civil unrest unfolding all around us in Portland and Kenosha and other places is not despite the efforts of multiple administrations but because of it. They’re all little derechos that will keep popping up here and there all across America until and unless the Democrats and Republicans come to their purple sense and stop feeding militarism domestically and abroad.

Or is American democracy too far gone and can only be measured in ice cream, cigarettes, gas, oil and coal, twenty-dollar bills and peanut butter and jelly sandwiches?

Priti Gulati Cox (@PritiGCox) is an artist and CODEPINKer. Please go here to see her continuing project Patters of an Occupied Planet.