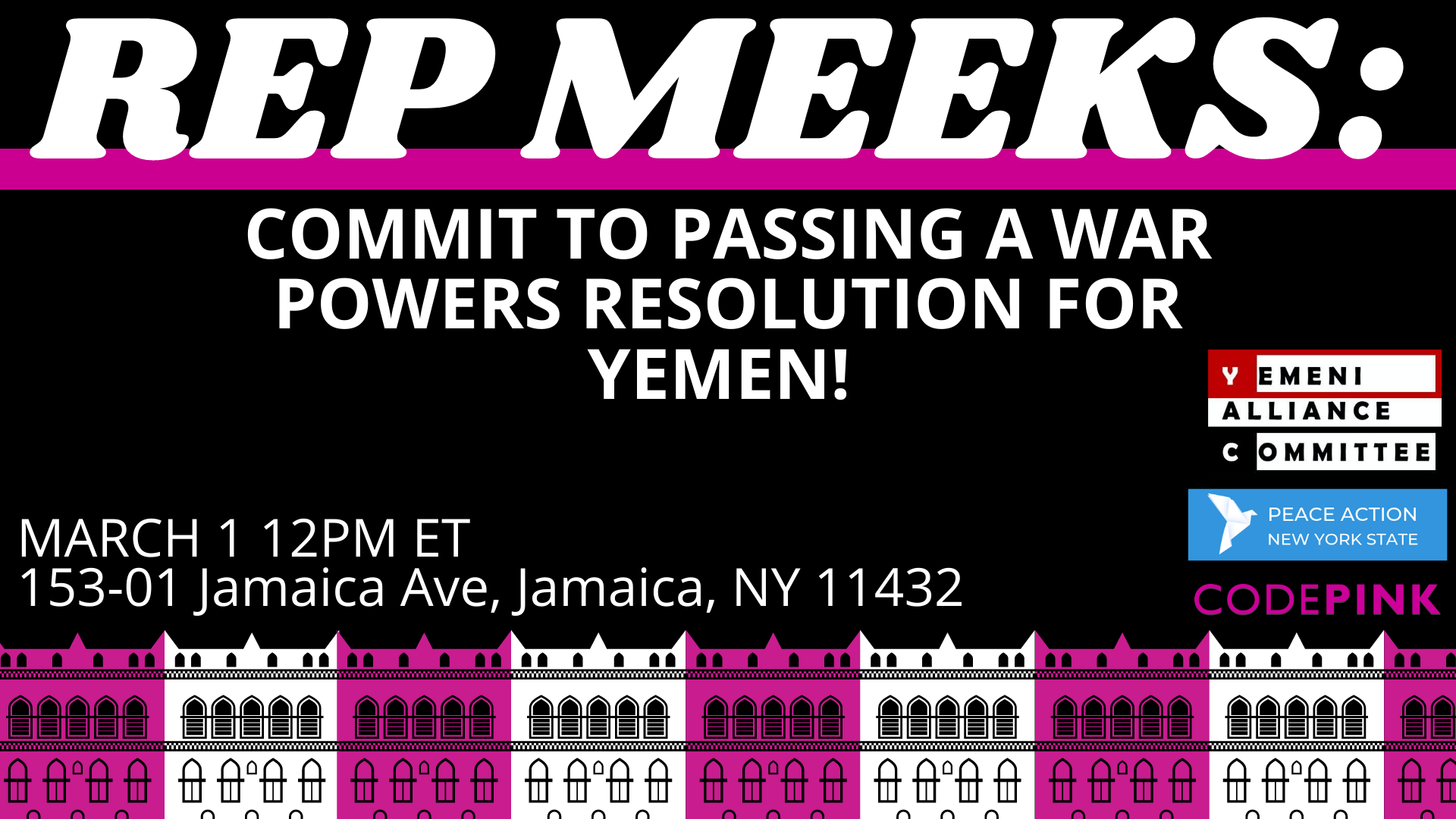 This coming Tuesday, March 1, is the National Day of Action for Yemen. Join us at Rep. Gregory Meeks's district office in Jamaica, Queens, as we ask him to support a War Powers Resolution. 11 organizations are cosponsoring this event.
Over the past month, the situation in Yemen has escalated dramatically. As a result of a bombing from the Saudi/UAE coalition, the internet was knocked out for nearly four days in Yemen. Additionally, airstrikes have worsened, and the blockade has continued to cause famine. As Chair of the House Foreign Affairs Committee, Rep. Meeks wields a lot of power and influence over U.S. foreign policy, and we need him to be a key leader to end U.S. complicity in Yemen by publicly supporting a War Powers Resolution for Yemen.
Cosponsors for this event include: Yemeni Alliance Committee New York Chapter, Peace Action New York State, the Union for Arab Women, the DSA Anti-War Working Group, NYCHRP (NY Committee for Human Rights in the Philippines), Brooklyn for Peace, WESPAC, Malaya Movement, Peace Action Bay Ridge, North Country Peace Group, and NYC War Resisters League. #yemencantwait