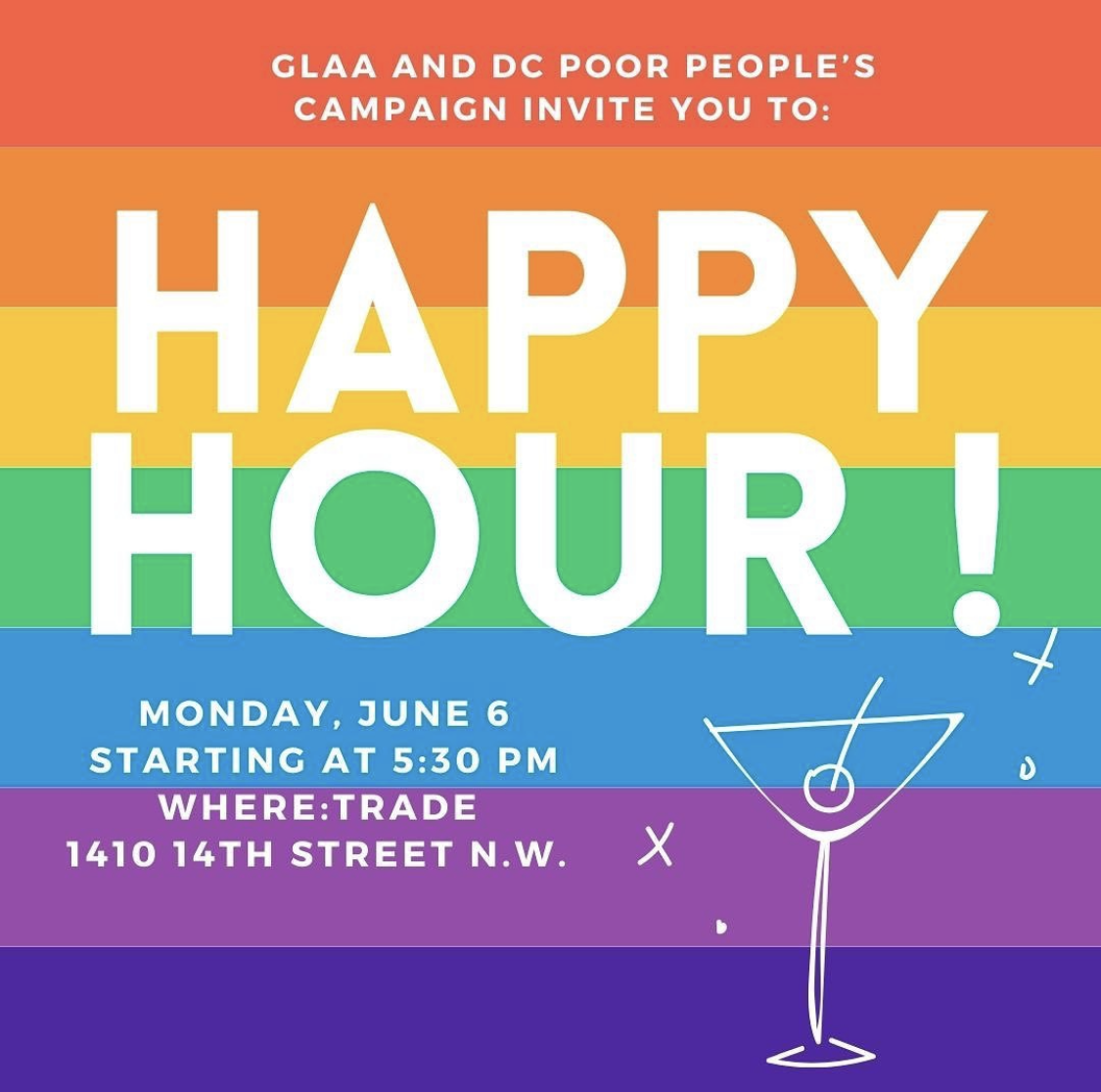 Join CODEPINK, Poor People’s Campaign DC, and the Gay and Lesbian Activists Alliance at Trade Bar to celebrate, prepare to march in the Capital Pride Parade, and gear up for the Mass Poor People’s Assembly and Moral March on Washington this June 18th!

It’ll be a time to meet other organizers, celebrate pride, create signs for the march, and learn more about the Poor People’s Campaign’s fight to end racism, militarism, poverty, and ecological destruction.