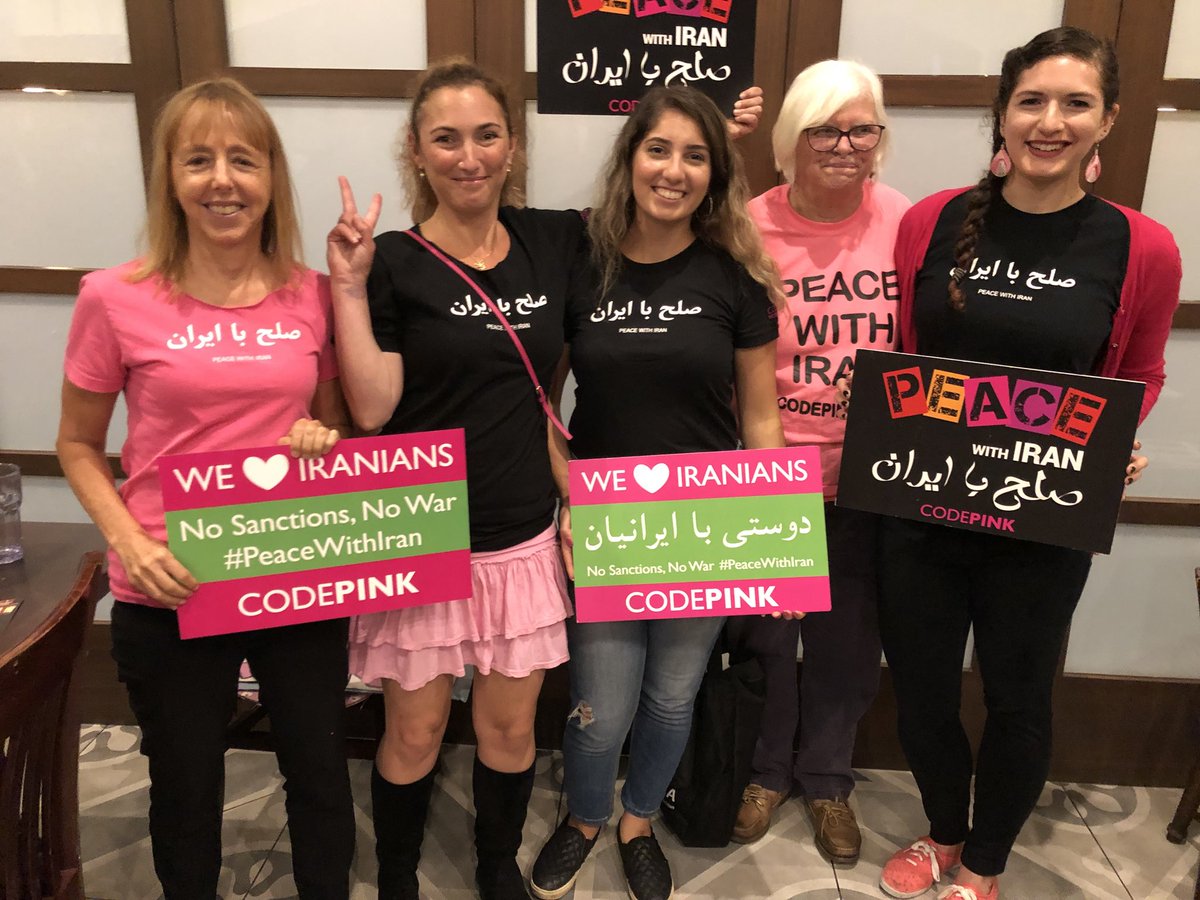 I plant my hands in the garden soil—
I will sprout,
I know, I know, I know.
And in the hollow of my ink-stained palms
swallows will make their nest.

Forugh Farrokhzad, Iranian feminist poet who died in a car accident in 1967 at the age of 32

As I write from the Dulles airport, boarding a plane to Iran—the land of the poets—I think of the new adventure we are sprouting in the garden soil. It has been a long journey already, before we even start. Months of uncertainty, waiting for visas. Celebrating that all finally got their visas, only to find out that for some indiscernible, arbitrary decision, a few of our most ardent activists were denied. For a variety of reasons—scheduling conflicts, money issues, visa denials, worries re safety?—the original group of 70 participants was whittled down to a hearty 29.

Two of us—myself and Ann Wright—are leaving a day early to make sure everything is set up. We will be in Iran until March 6.

We have asked our hosts at the Peace Museum for all kinds of meetings--with civil society, women leaders, members of Parliament, businesspeople, university students and professors, ordinary folks grappling with the effects of sanctions. We will be in Tehran, Isfahan and Shiraz.

Some people have already criticized us for just going to Iran. They said we will have official “minders” all the time and only see what the government wants us to see. But I have been to Iran before, and learned so much each visit. My favorite times included just walking around at night, meeting people in cafes or on the street. Iranians are incredibly friendly, and my experience is that they love foreigners. We will be very visible as foreigners--we have made signs for the delegates to pin on their jackets (if they want to) saying things like Peace With Iran and No Sanctions, No War. I’m sure we will attract a lot of people who just want to talk.

No matter what one thinks of the Iranian government, as Americans we should be ashamed of the Trump administration for unilaterally withdrawing from the Iran nuclear deal and imposing sanctions that—from all we’ve read—really hurt the poor and the sick. We are anxious to get firsthand stories and bring them back to our communities and elected representatives.  We are also anxious to see how the military threats made by Trump’s team of war hawks are received by people in Iran.

Here are some of the questions I would like to talk to Iranians about, aside from more sensitive issues that we will ask in private.

If you have other questions you would like our delegation to ask, please send them to [email protected]. Merci.