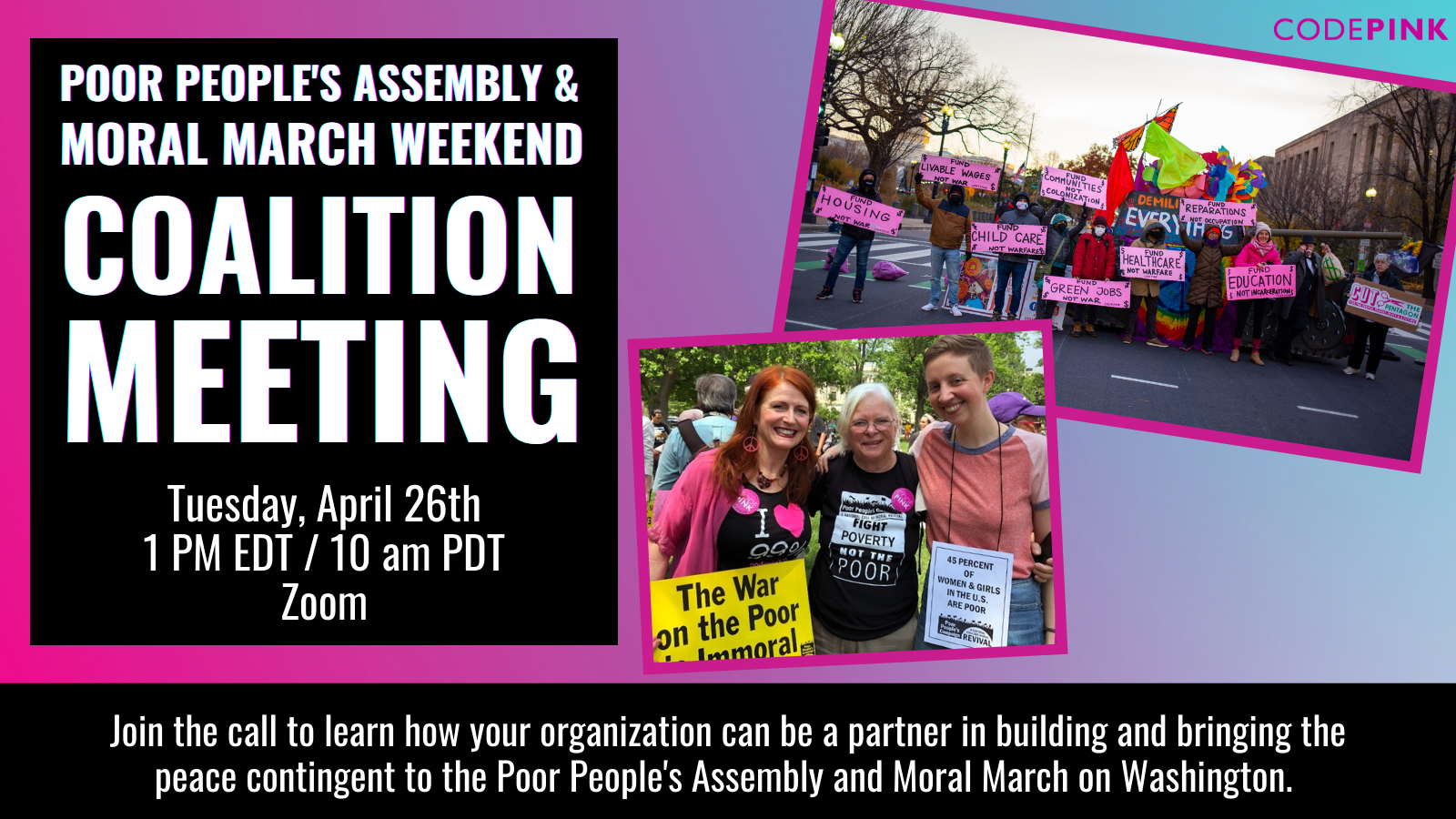 The Poor People’s Campaign is uniting people, bringing them together to confront the interlocking evils of systemic racism, poverty, ecological devastation, militarism and the war economy, and the distorted moral narrative of religious nationalism. The Poor People’s and Low Wage Workers’ Assembly and Moral March on Washington on Saturday, June 18th, is an opportunity for the peace movement to rebuild, flex its muscles, and show this country’s politicians that we will not be silent.

This will be a time to build and strengthen relationships within the peace movement, to share ideas on how to transform our war economy into a peace economy, to show the world that there are still people in this country who believe in love, compassion, and non-violence. We’ll also have a series of events for the anti-militarism contingent, including a peace illumination on Friday, June 17th; a teach-in, dinner, and cultural program on Saturday, June 18th, after the march; and working groups and Juneteenth celebrations on Sunday, June 19th.

Join the coalition call to discuss how we can collaborate to organize anti-militarism events for the Poor People’s Campaign assembly and moral march.