The Poor People’s Campaign is building a movement for the 140 million poor and low-wage Americans to fight against the interlocking injustices of racism, poverty, militarism, and ecological destruction. Answering the Poor People’s Campaign’s call for a moral revival, organizers and workers across the movements for peace, racial justice, environmental justice, economic justice, labor rights, LGBTQ+ rights, and women’s rights convened just down the street from the Capitol building to tell the United States to fight poverty, not the poor.

We joined dozens of partner organizations in Washington, DC as a part of the anti-militarism contingent to the Mass Poor People’s and Low Wage Workers’ Assembly on June 18th, 2022. As a contingent, we held an entire weekend of art, protest, music, and collaboration. Check out a recap of all our activities below.

"I know that my efforts to tear down the war machine are directly linked to the fights for unions, universal healthcare, abolition, reparations, a free Palestine, climate justice, and everything that we represent here today."

Since the onset of COVID-19, public access to Congress has been more restricted than ever. We went to the Rayburn House Office Building to tell them to let the people back into the people’s house! 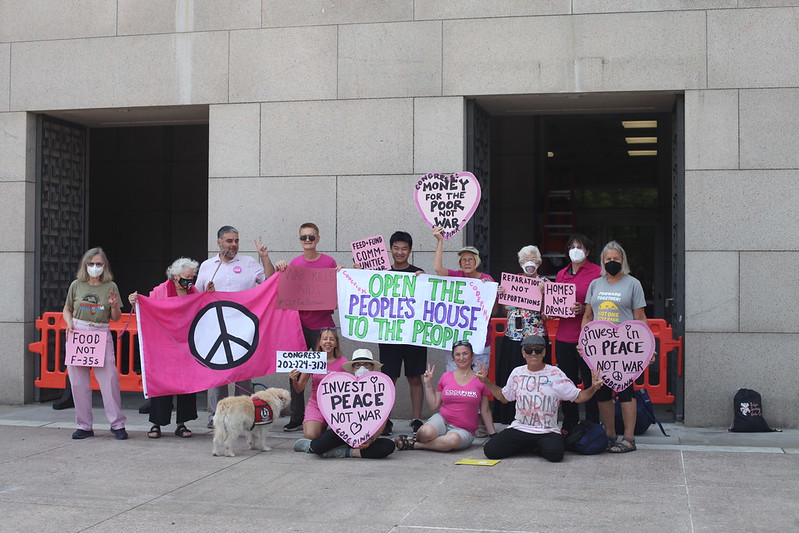 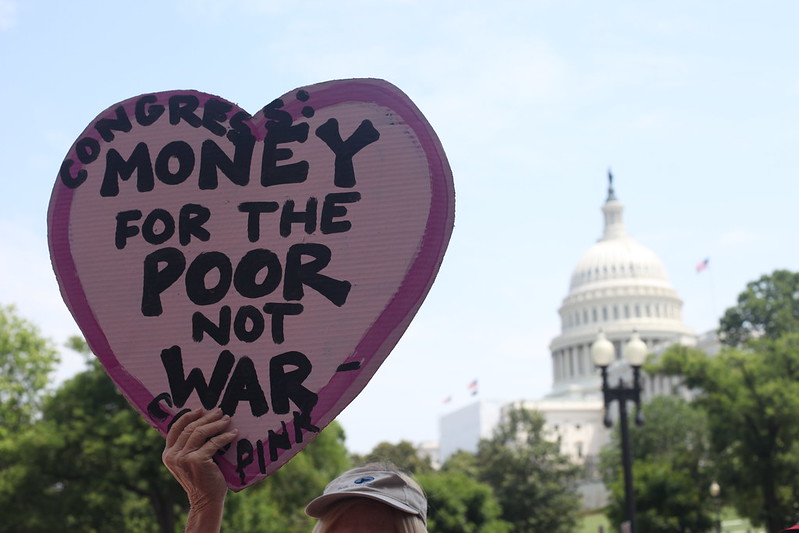 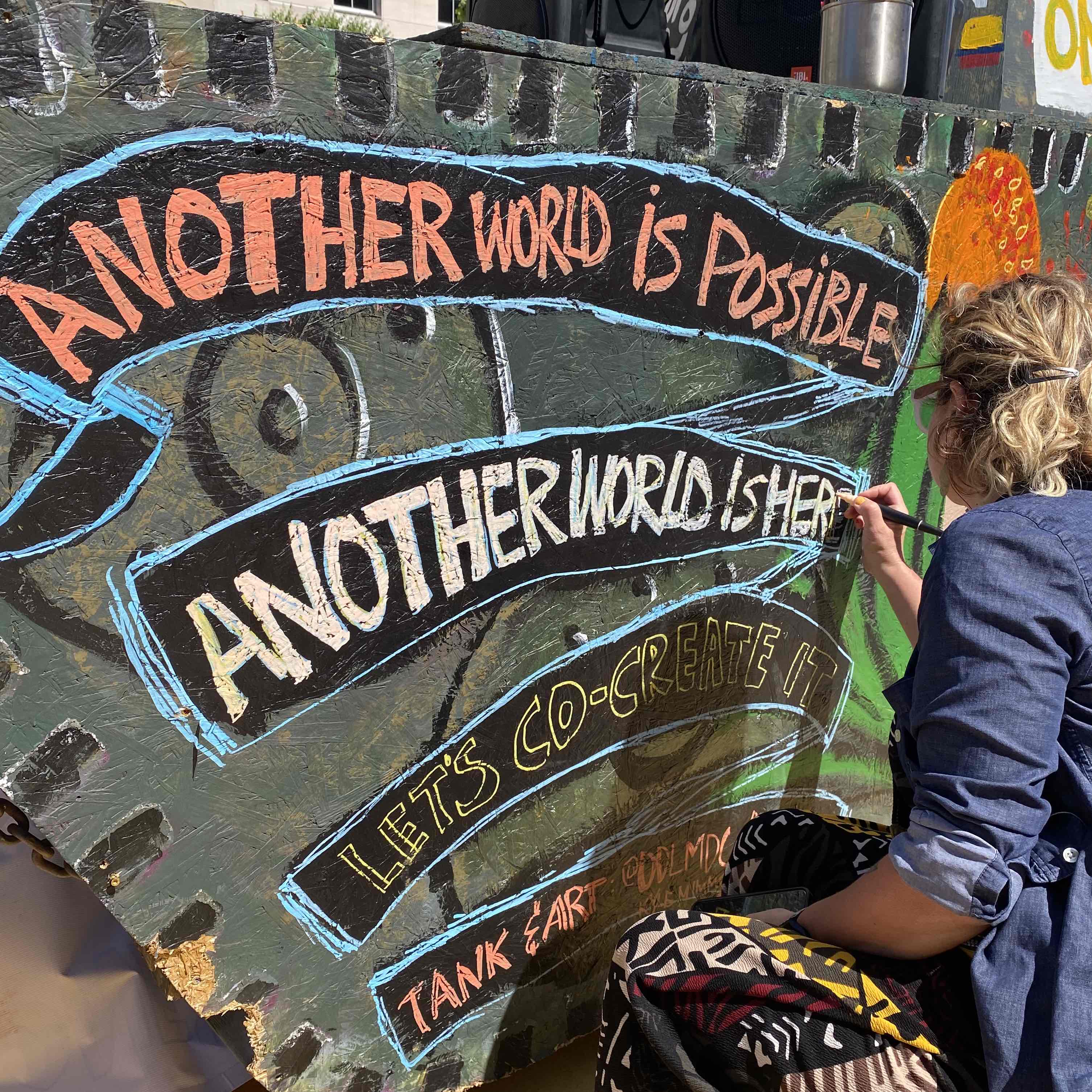 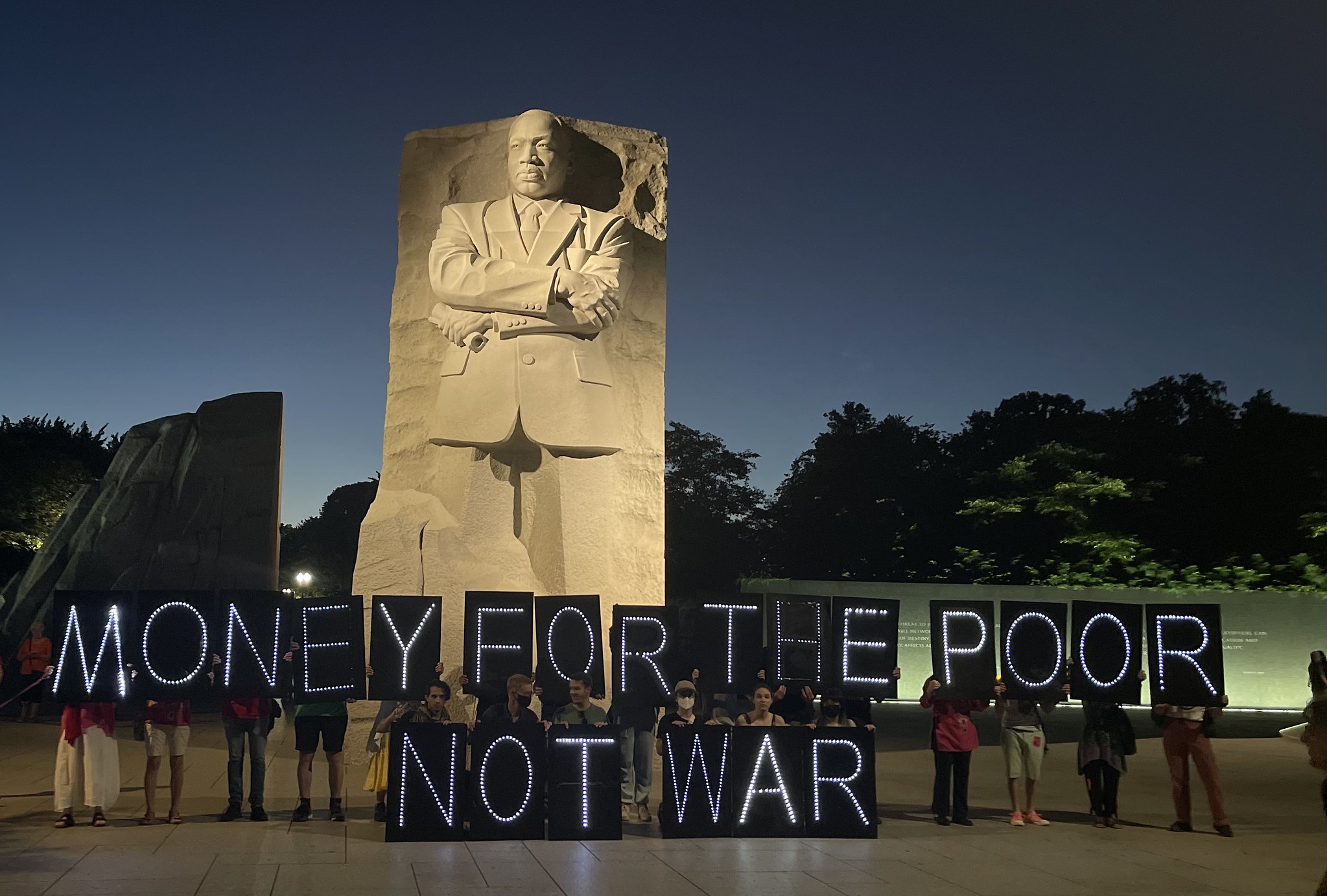 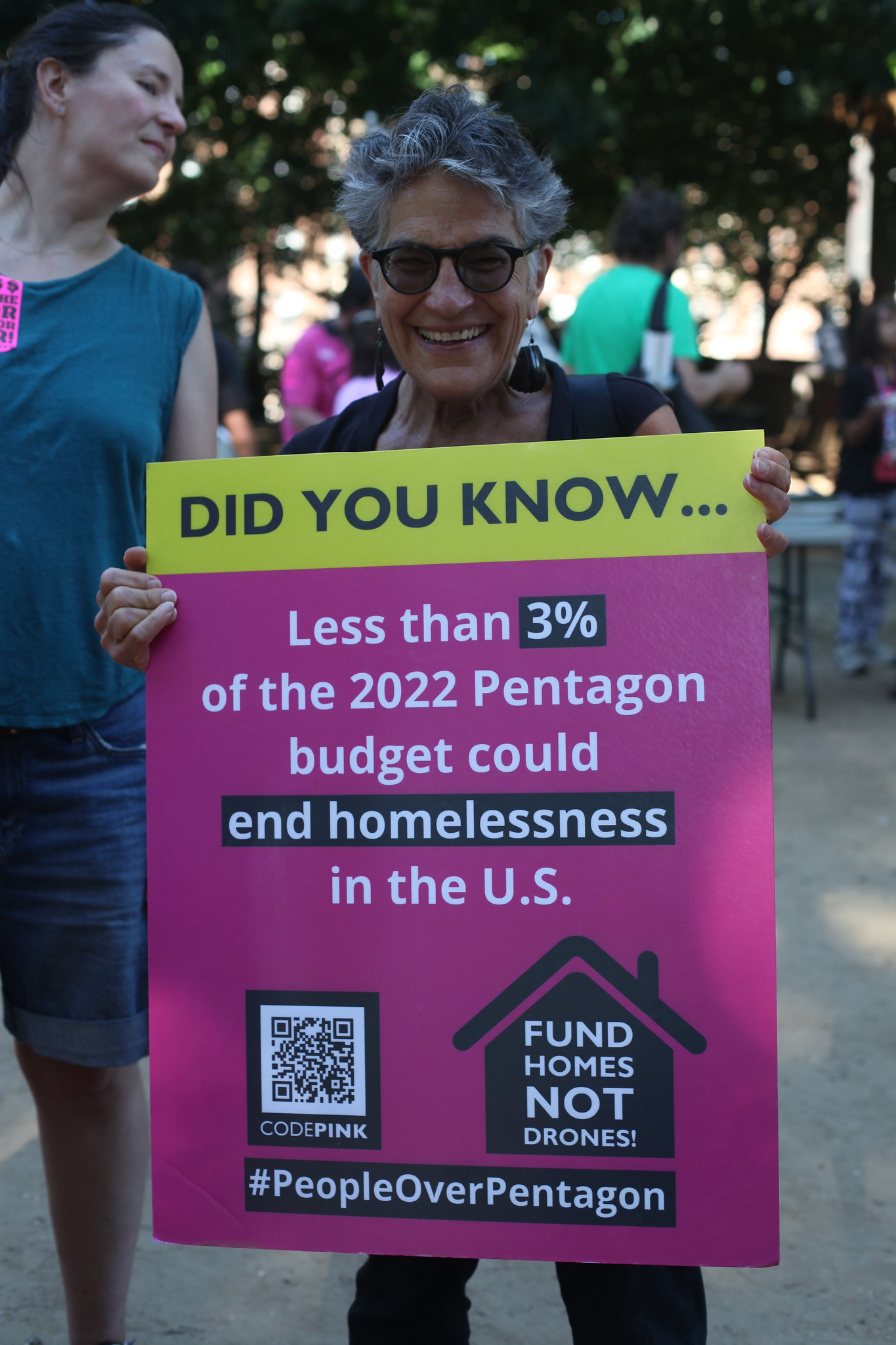 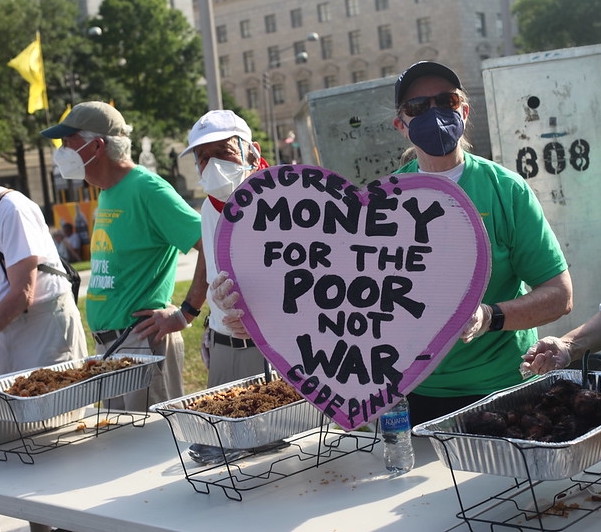 We joined the Poor People's Campaign for a communal dinner and a memorial service in memory of all those lost to COVID-19, poverty, war, gun violence, and other injustices perpetuated by immoral government action. 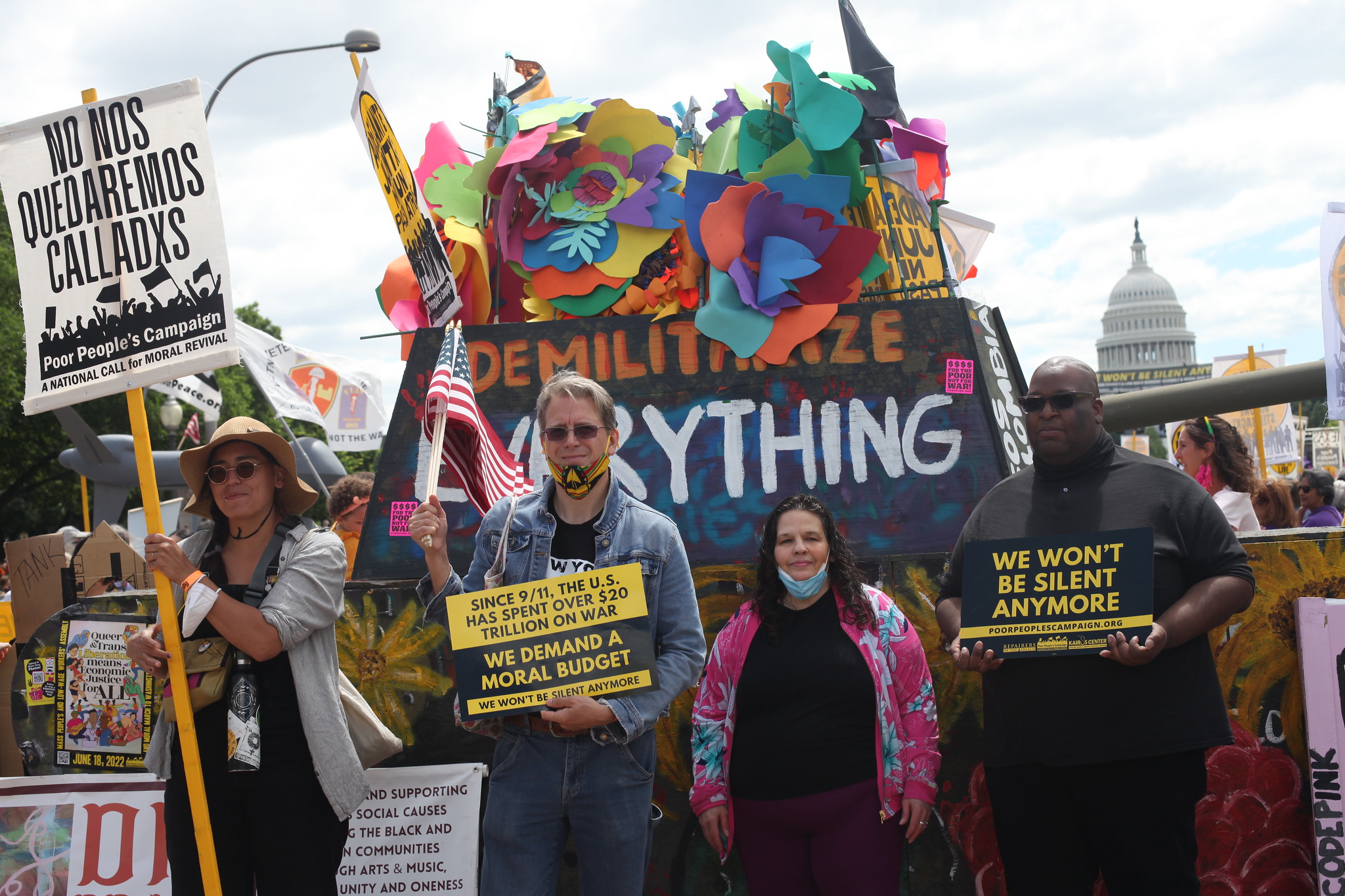 Find out more about our campaign to #CutThePentagon and invest in the people, planet, and future instead! 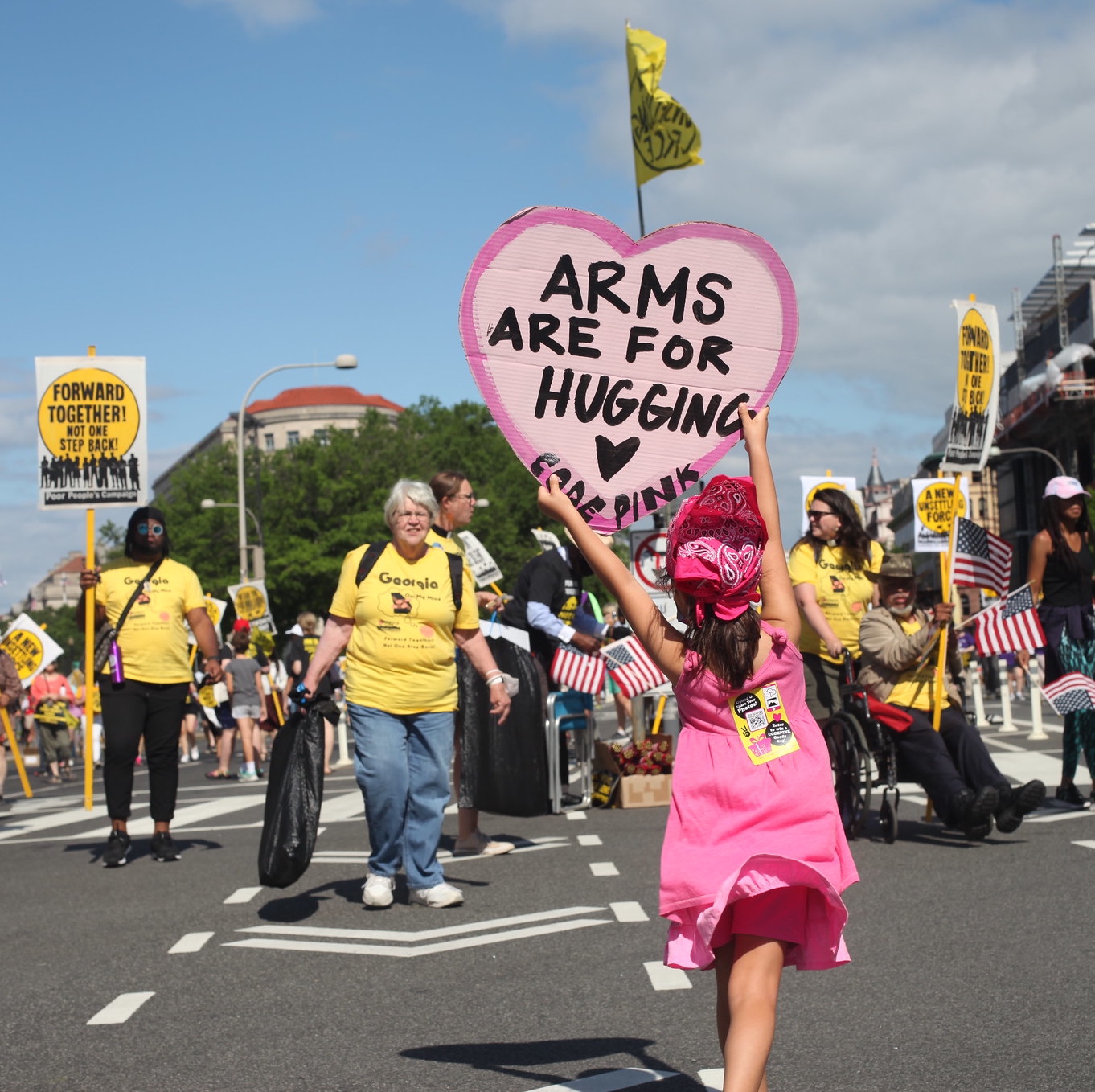 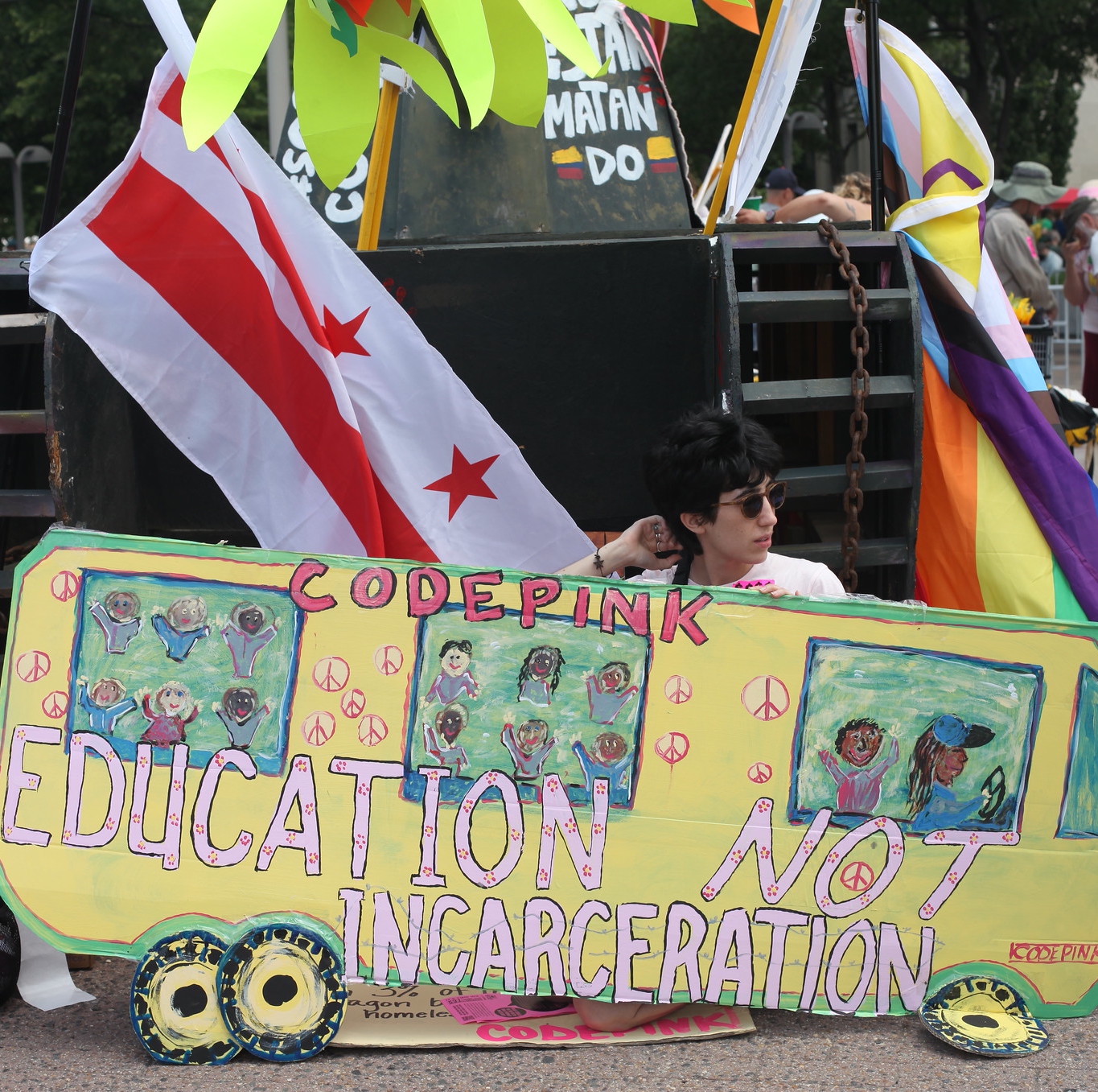 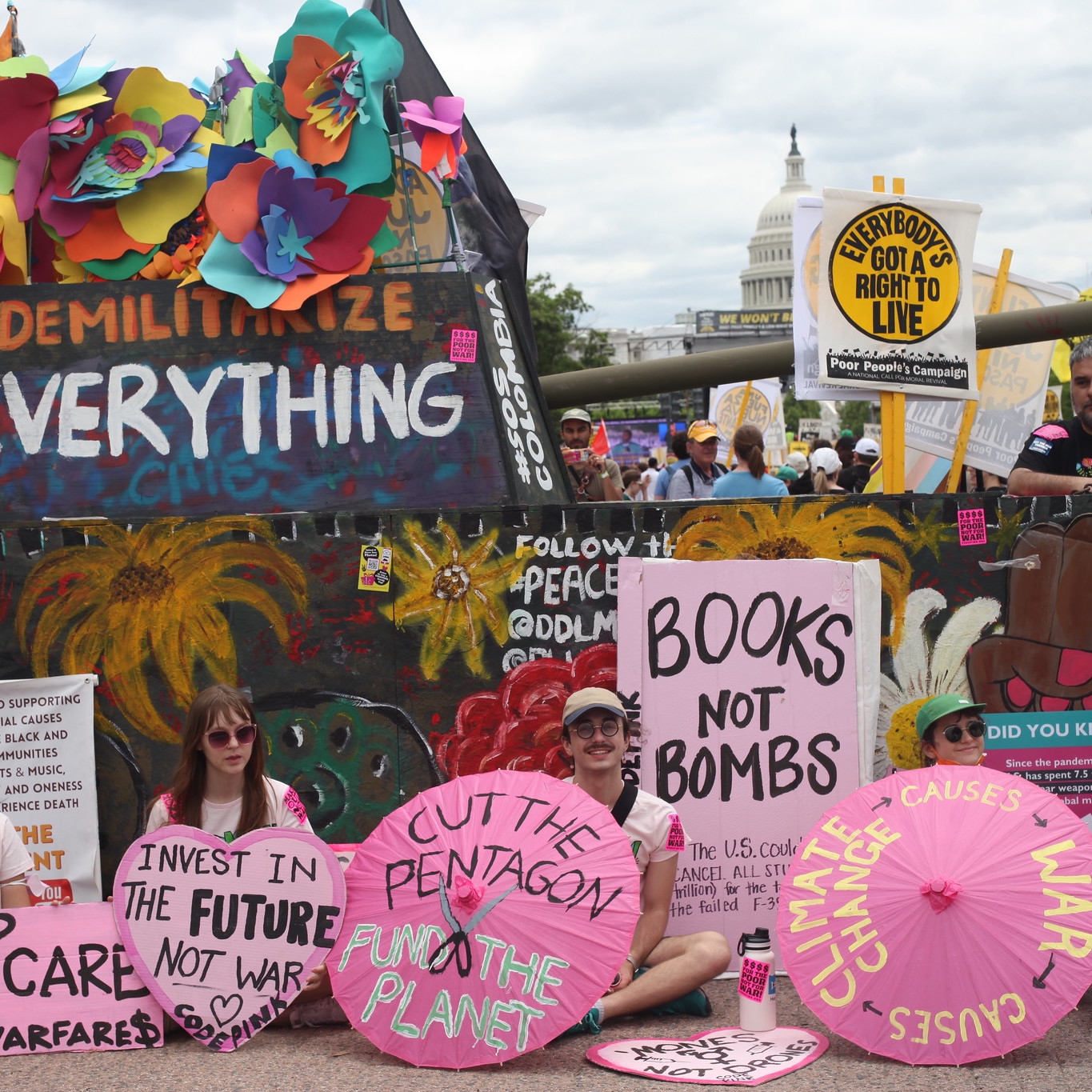 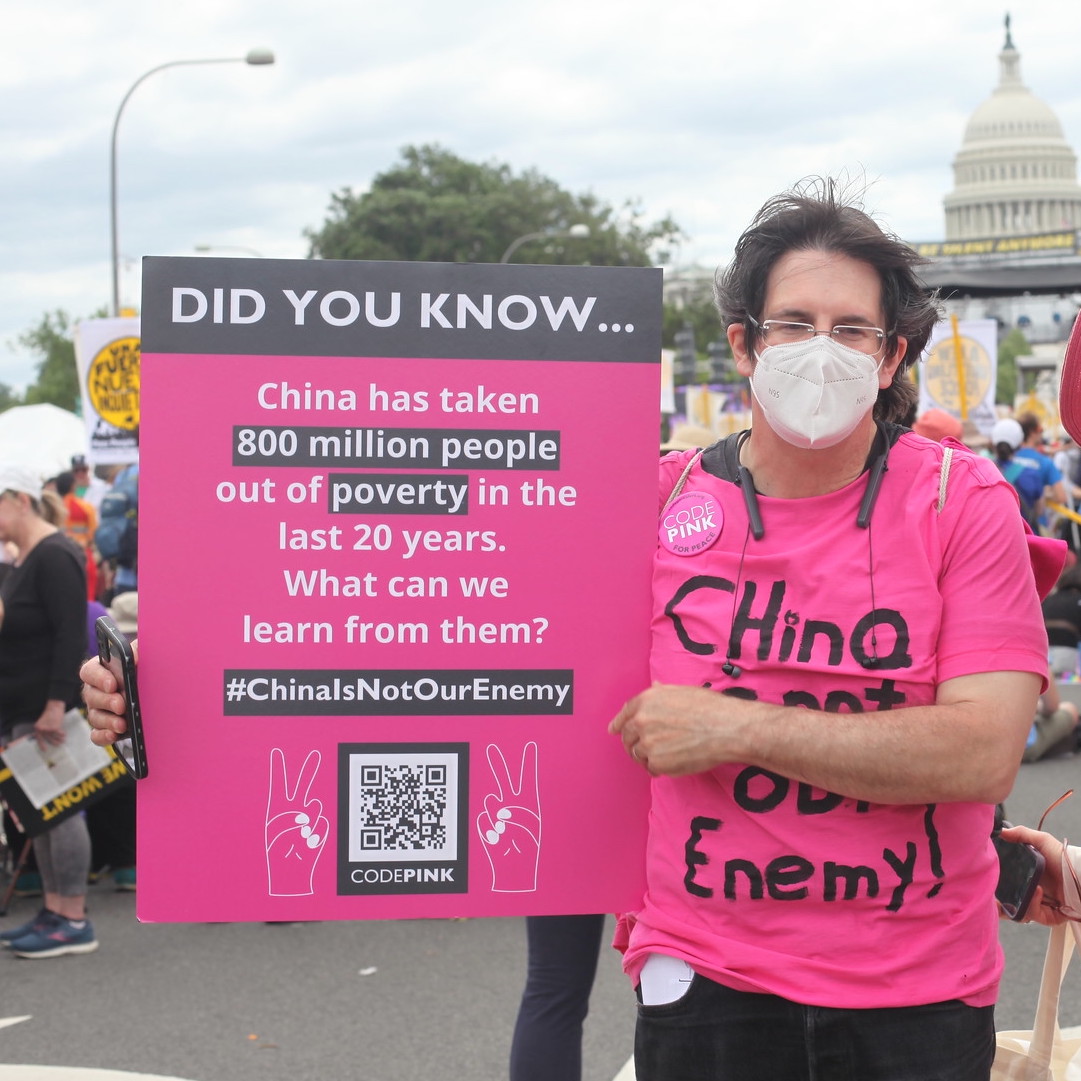 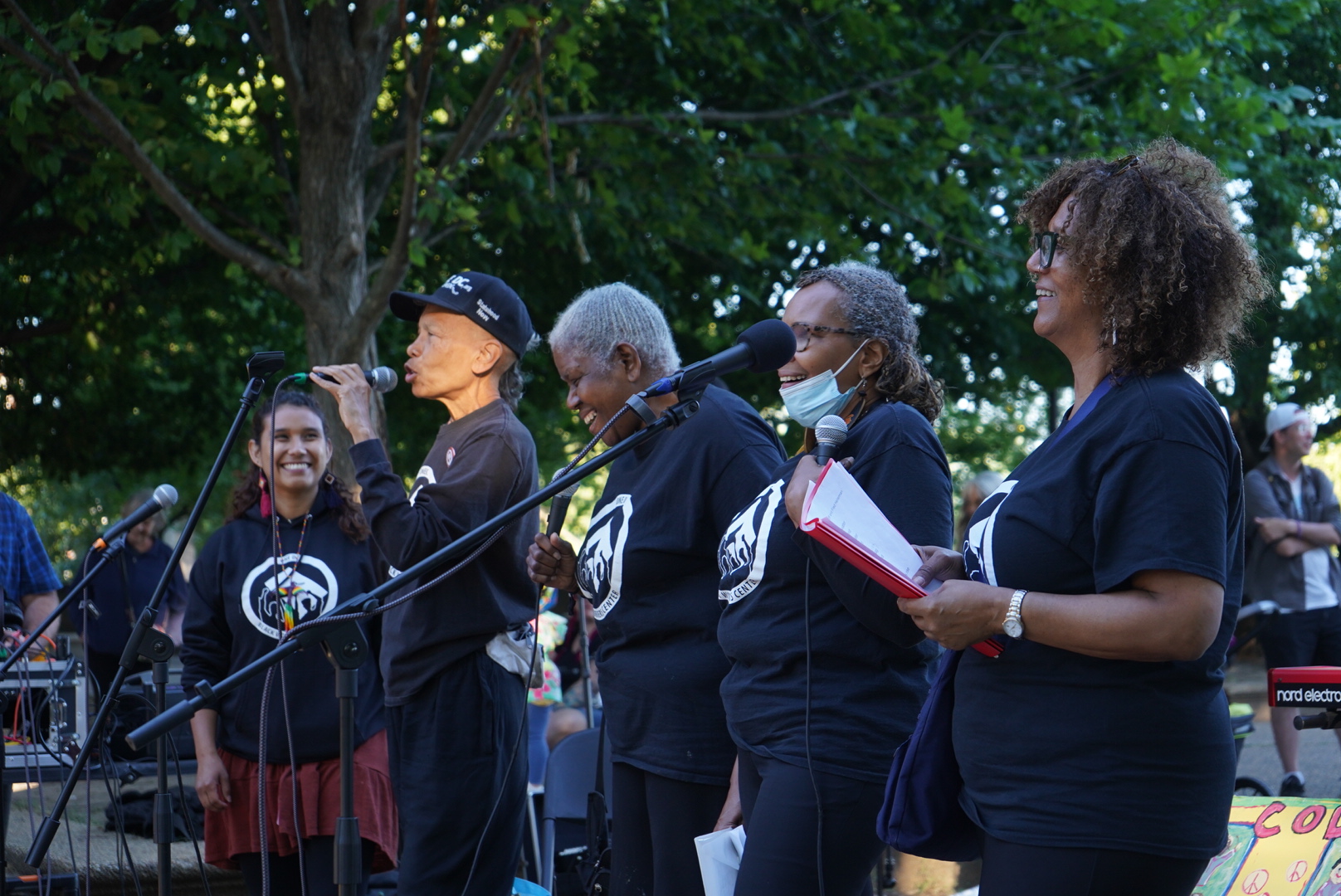 After the march, we enjoyed food and art in Malcolm X Park with music by the Black Workers Center Chorus, Wayta, Rude Mechanical Orchestra, and Cumbia Heights! 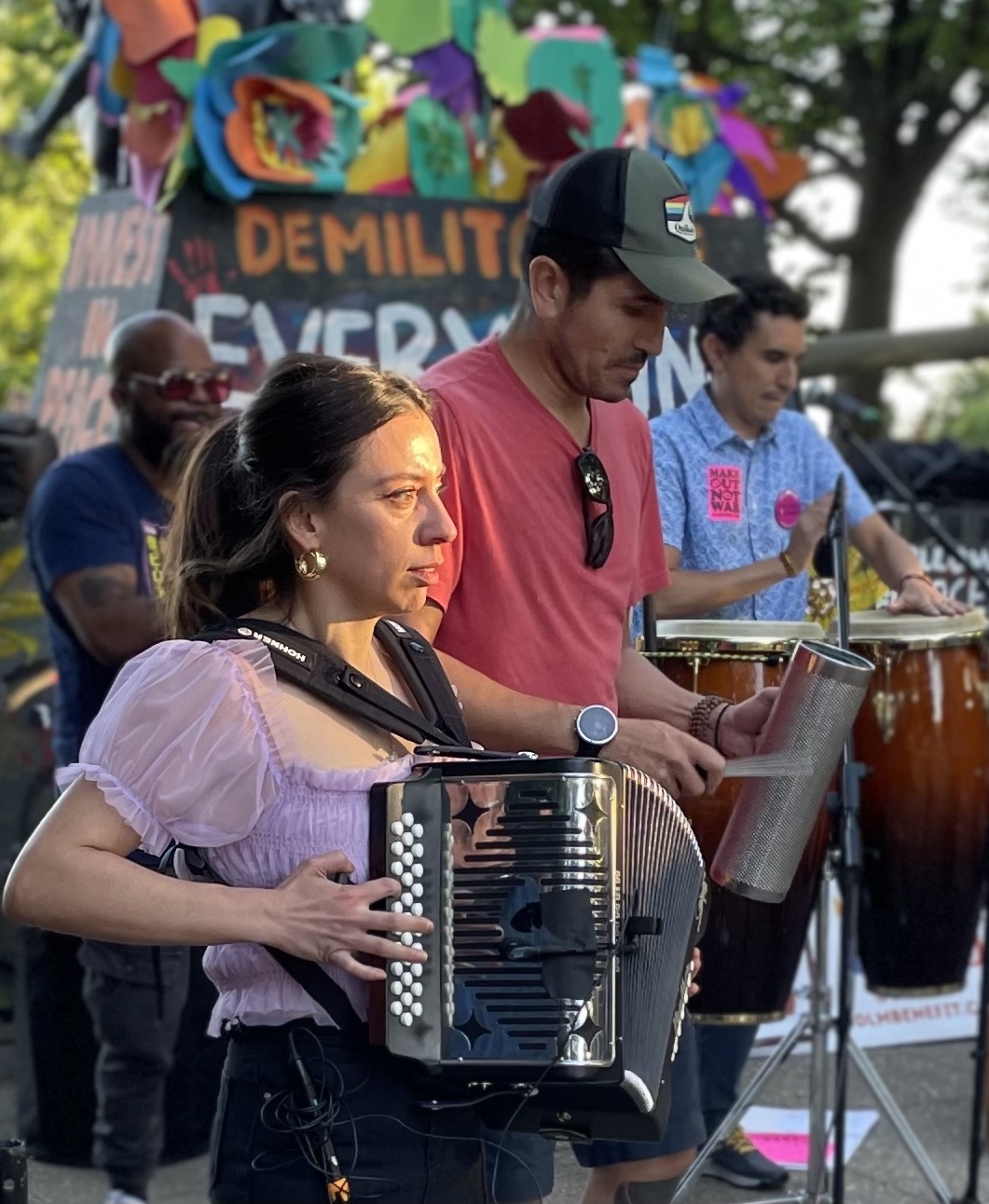 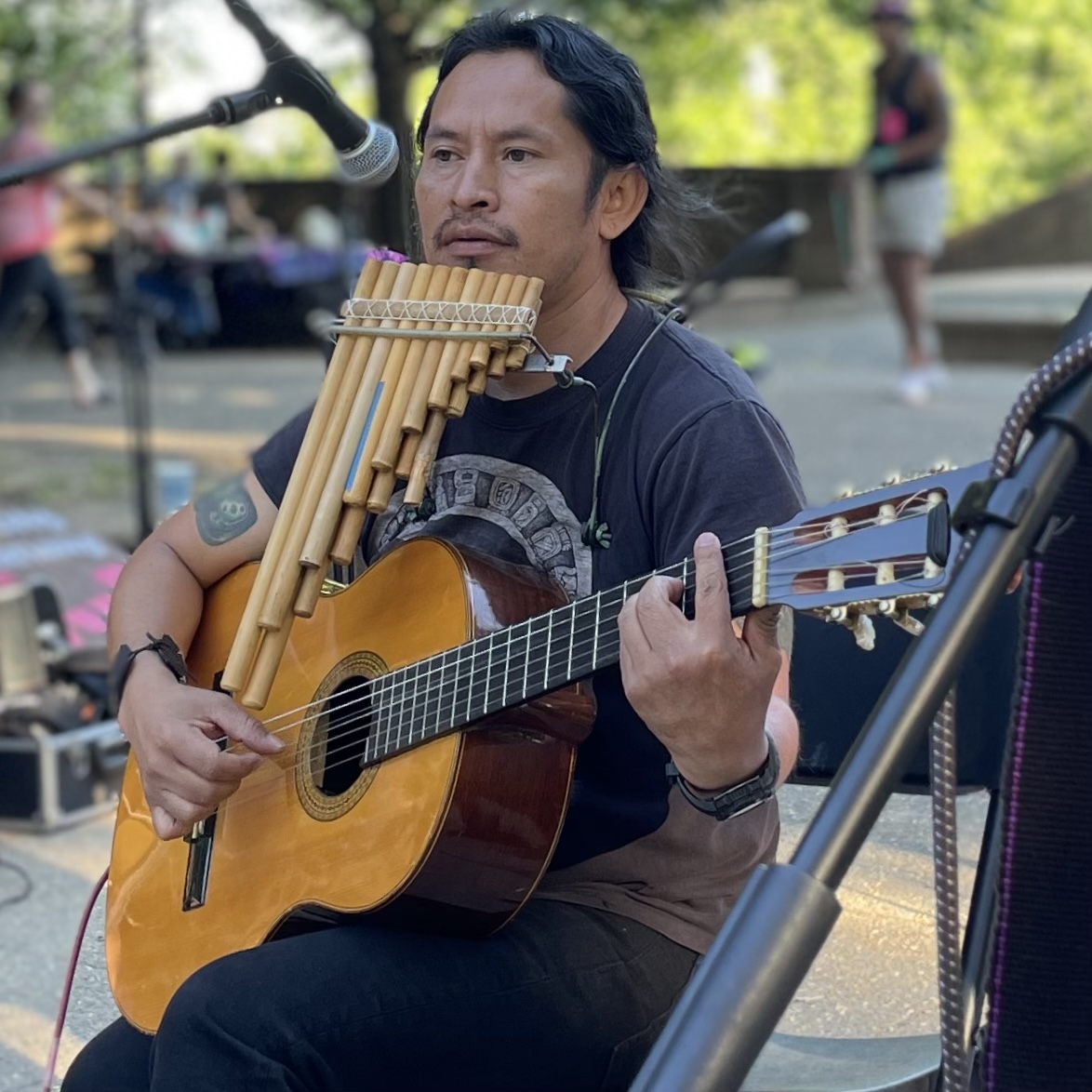 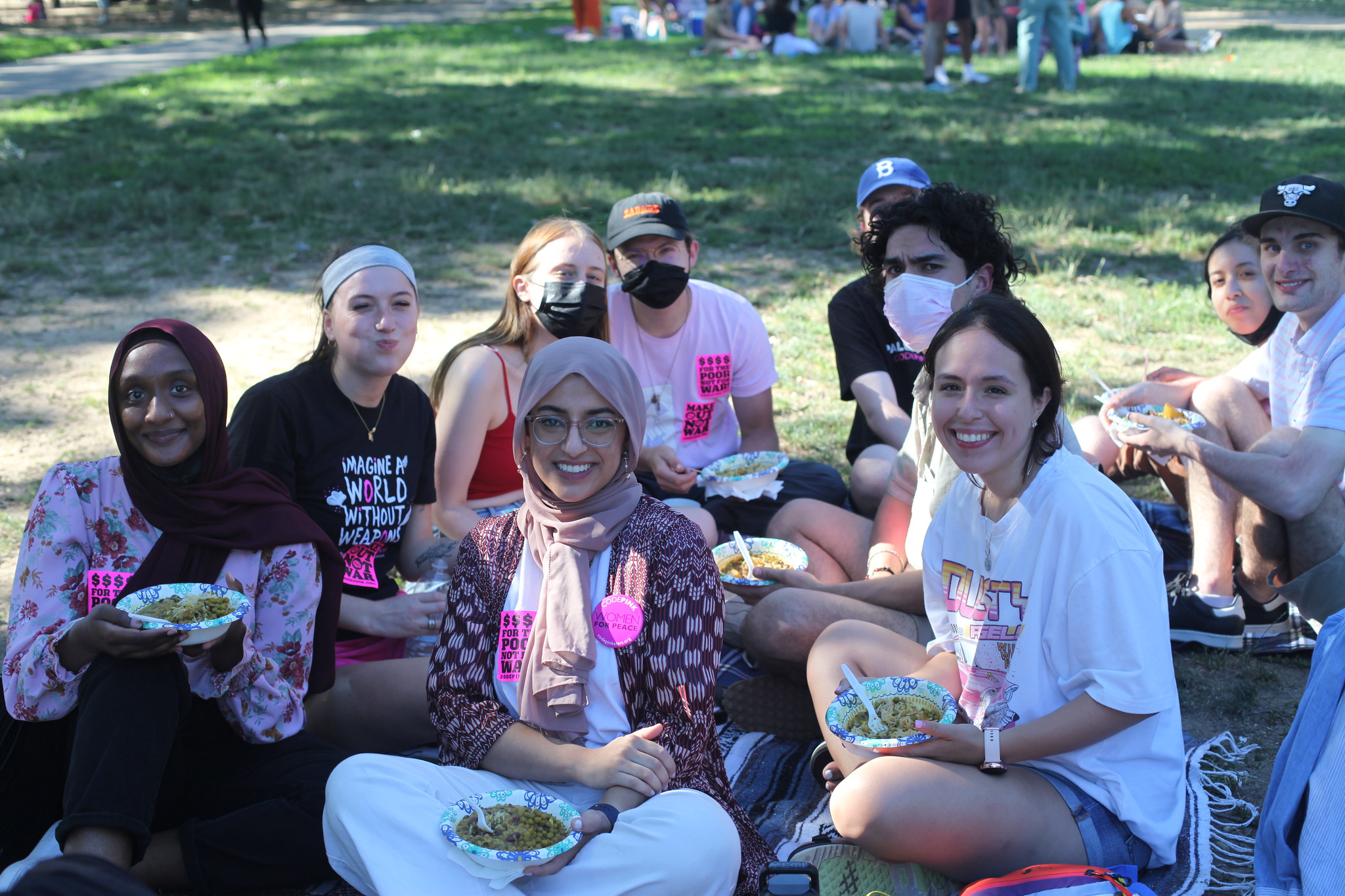 Members of our anti-capitalist, anti-imperialist youth organization came in from across the country to join us! Want to get involved? Sign up here! 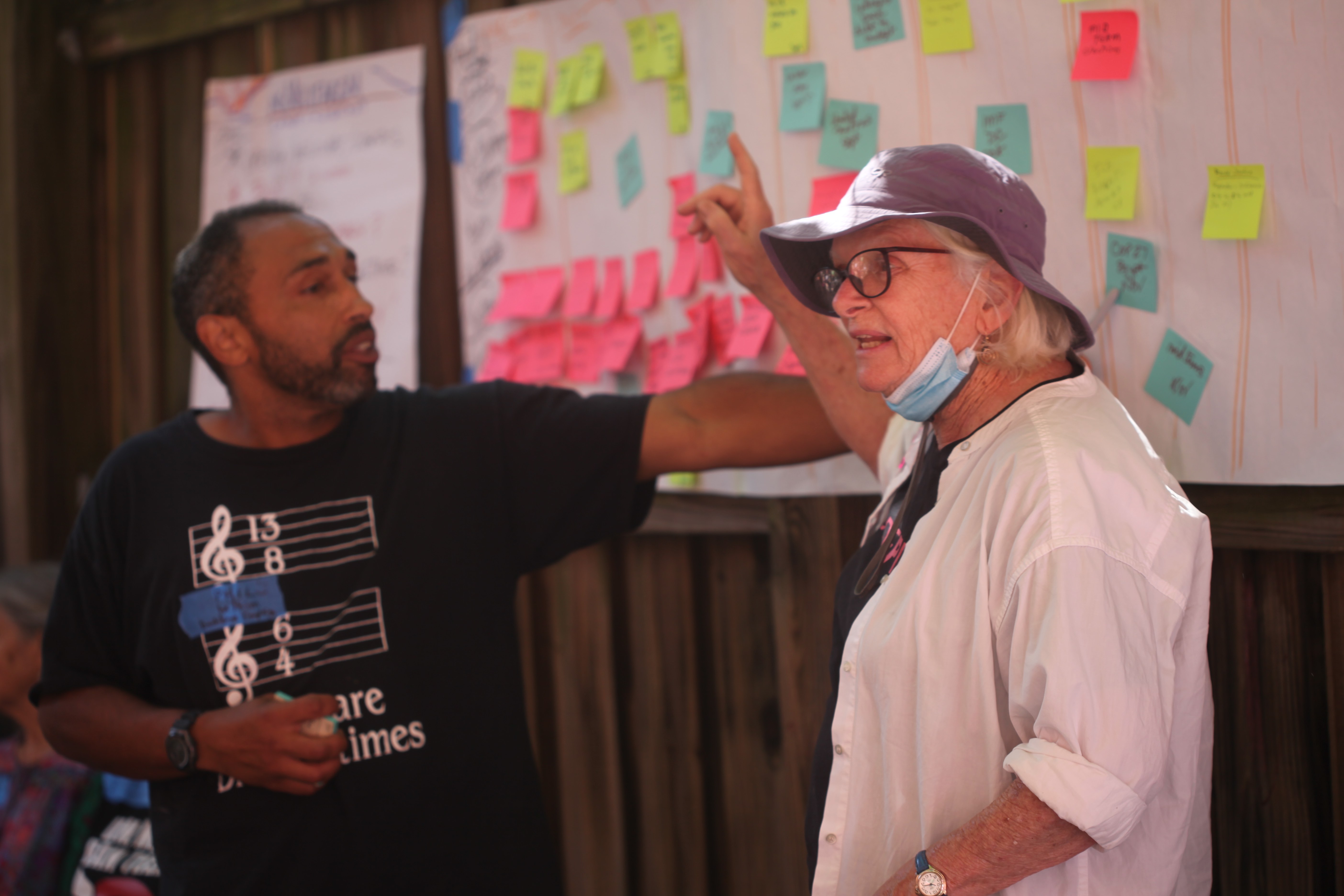 We closed the weekend by taking the opportunity of being together to collaborate and strategize with our local and national partners for building a peaceful and just future. Check out the notes here! 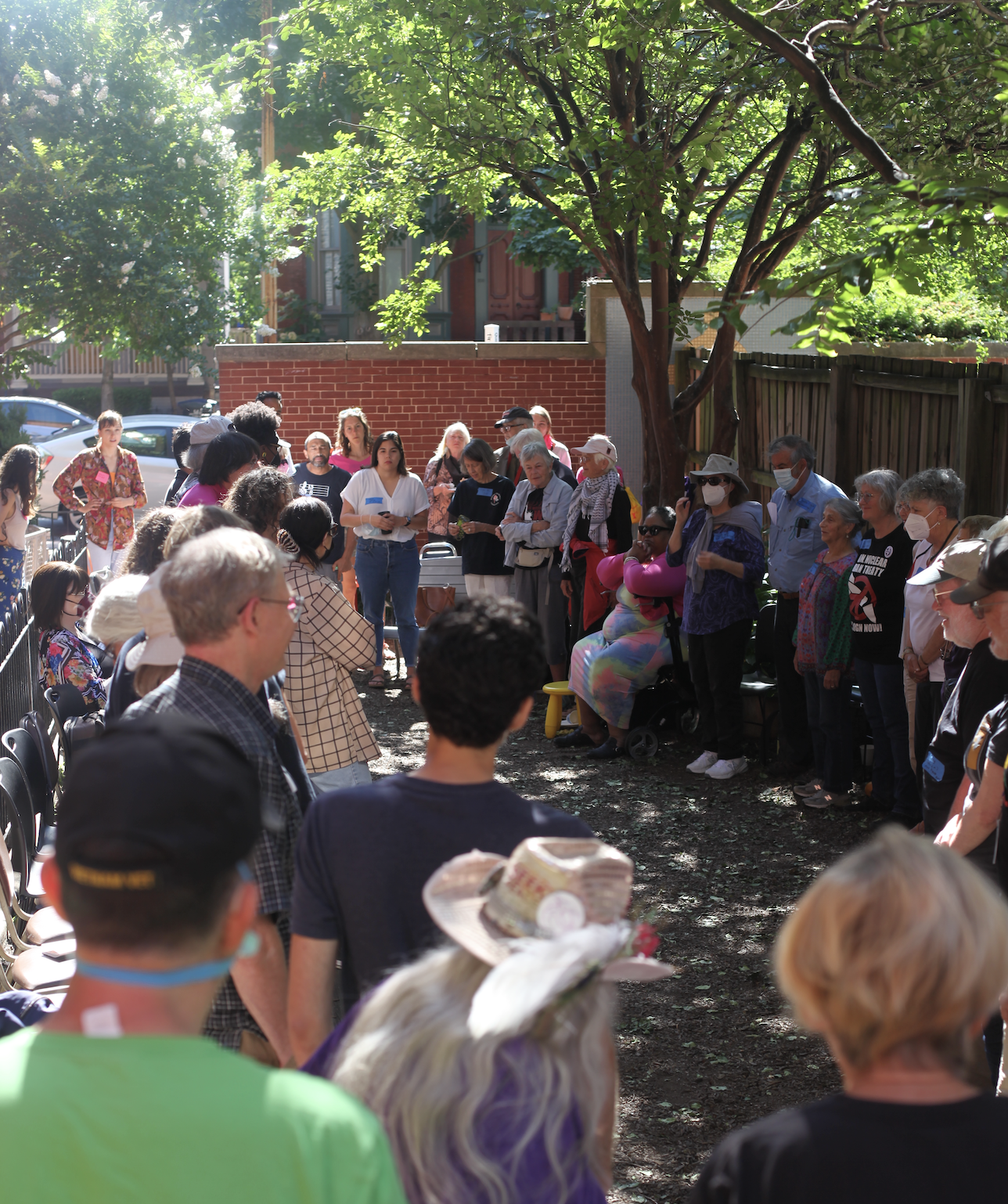 Check out more photos and add your own on our shared album!