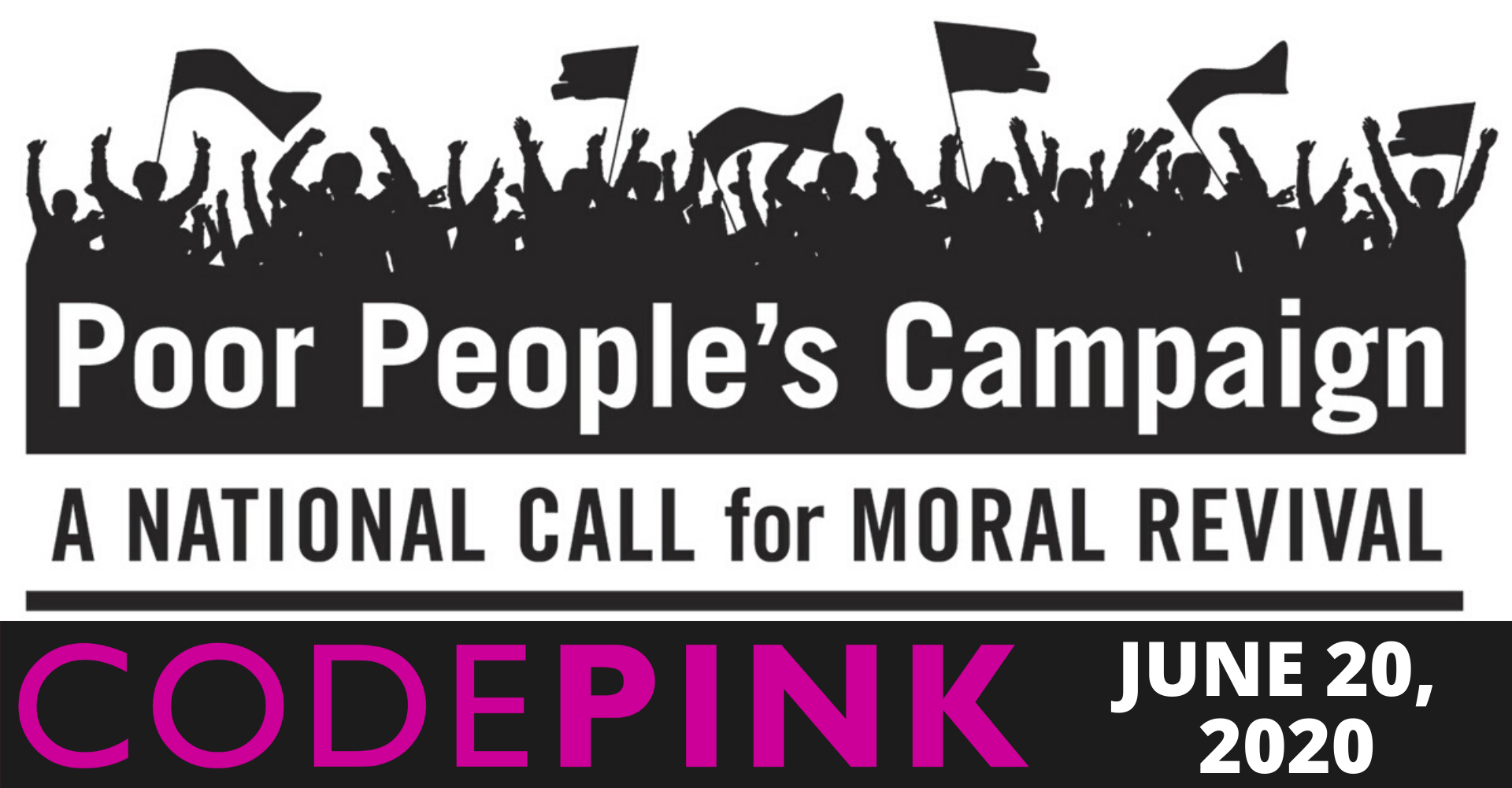 On June 20th, CODEPINK will join the Poor People’s Campaign for the largest digital and social media gathering of poor and low-wealth people, moral and religious leaders, advocates, and people of conscience in this nation’s history. We have had enough of our country’s disregard for life and wellbeing — and we are going to make our voices heard.

The COVID-19 global pandemic is making the already-existing crises even more visible. The triplets of evil that Dr. Martin Luther King Jr. —militarism, racism, and poverty— spoke about back in 1968 the first Poor People's Campaign was launched, are today on full display as black lives are being so obscenely snuffed out by police and the streets of Minneapolis are filled tanks and other tools of war. To quell the anger, we must rise up in solidarity, raise our voices to say: Black Lives Matter; Starve the Wars, Feed the Poor; HEALTHCARE, NOT WARFARE!