Chicago Watch Party: The Real Path to Peace in Ukraine - The People's Forum 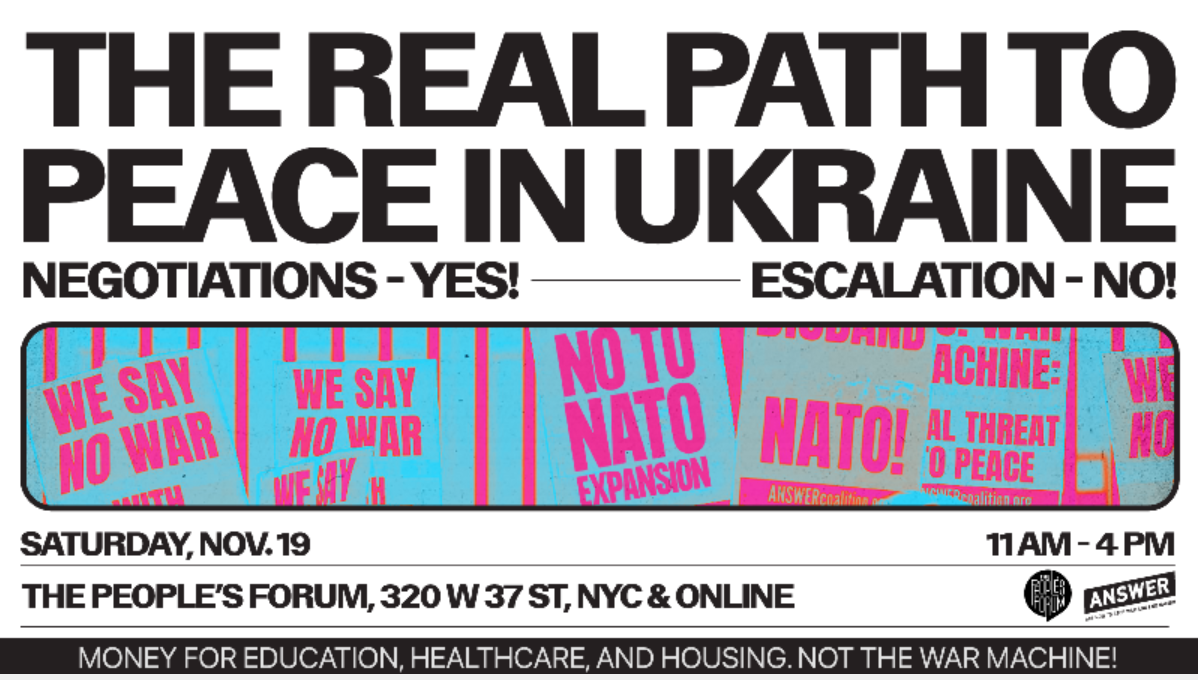 On Saturday, November 19, a special conference entitled “The Real Path to Peace in Ukraine: Negotiations, YES! Escalation, NO!” is being held at The People’s Forum in NYC (and streamed online internationally) to advocate for peace rather than the escalation of war.
Join us here in Chicago at the Chicago Liberation Center (2712 W Cermak Rd) from 10AM-3PM for a live watch party!
The moment is now to inaugurate a new, multi-national, grassroots movement to advocate for the end to the current war in Ukraine. The stakes are too real and the dangers too great for the peoples of the word to remain on the sidelines.
Anti-war forces in the United States and across the world may have different analyses of Russia, Ukraine, and this tragic war, but we can unite around one thing: there is no road to peace if US government policy remains to obstruct negotiations and send endless weapons into the war zone.
We, people of conscience, are coming together to demand that there be a radical shift in the direction of US military and foreign policy. NATO expansion must end. Money must be spent on education, healthcare, and housing, not the war machine. We demand peace, not war. Join us!

This event is co-sponsored by The People’s Forum, CODEPINK and the ANSWER Coalition.